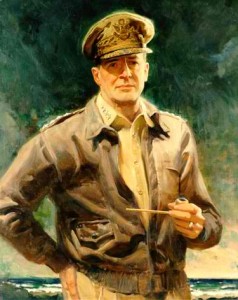 Up until Monday’s NBC debate in Tampa, I’ve generally regarded Mitt Romney with a healthy dose of indifference, slathered with a decided lack of enthusiasm. But his Pelosi-like attack last night on Newt Gingrich as a “failed leader” and a “disgrace” really fried my Fritos.

“Speaker Gingrich…was a leader for four years as speaker of the House,” Romney told moderator Brian Williams. “And at the end of four years, it was proven that he was a failed leader and he had to resign in disgrace.”

In the immortal words of Col. Sherman T. Potter: Horse-hockey!

That’s like saying that despite his four years leading Americans to victory in the Pacific in World War II, Gen. Douglas McArthur was a “failed leader” and a “disgrace” because in the end he was fired by President Truman.

Now, like Mitt Romney, I’m no historian – though in the interest of disclosure, I am a paid adviser to Winning Our Future PAC – but let’s take a look at the historical record.

Starting in 1978, Gingrich devoted 16 years in a visionary quest to wrest control of the United States Congress from House Democrats. He did so not with the willing cooperation of establishment moderate GOP leaders, but despite them.

It was an insurgent guerilla campaign against a deeply entrenched, well-armed, strongly fortified Democrat majority. But armed with the very bold, not pastel-colored, Contract with America – which, by the way, Mitt Romney refused to sign as a candidate that year – Gingrich & Company won a stunning victory in 1994 and knocked the D’s out of power.

Gingrich, as House Speaker, then honored the terms of the Contract; completing votes on all 10 or the 10 planks within the first 100 days, passing, I believe, 9 of them. The Contract then went over to fellow Republican Majority Leader Bob Dole’s Senate where…it was promptly entombed, draining the GOP surge of both energy and momentum.

Indeed, the real failure of 1996 wasn’t Gingrich closing the government down, but Dole opening it back up. And unlike Republicans in the House/Senate majorities in 2004, Gingrich had to deal with a Democrat president in the Oval Office, not a Republican.

As for some of his House colleagues attempting to engineer a mutiny after Gingrich led them out of the political wilderness, the fact is if you’re gonna make a political omelet, you’re gonna crack the egos of a few eggs. Is it really all that surprising that once victory had been achieved, some folks thought they could do a better job than the guy who brought them to the dance?

And is it any wonder that Gingrich’s public approval numbers flat-lined considering the unrelenting barrage of negative attacks on the man by the Left and media elites (but I repeat myself) which began even before he was ever handed the gavel? Gingrich was constantly under attack over trumped up and bogus complaints by Democrats who desperately wanted back into power.

Who among us would have survived such an onslaught?

During that same period of time, Mitt Romney – God bless his capitalist soul – was making a killing by killing some businesses and jobs while resuscitating and creating others. Bravo!

But Mitt Romney now wants to be a political leader, not a business leader. And on the political battlefront, Mitt Romney’s historical record generally consists of running for president, losing a U.S. Senate race to Teddy Kennedy and ushering in RomneyCare – the precursor to ObamaCare. Other than that, he’s been pretty much AWOL.

On the other hand, during that same period of time Newt Gingrich was campaigning for conservative candidates, training conservative grassroots activists, promoting conservative ideas and legislation, and helping local GOP parties, conservative advocacy organizations and tea party groups by attending and speaking at untold numbers of rallies, meet-ups and rubber-chicken dinners.

For more than three decades, Newt Gingrich has been both a foot soldier and a general in the battles for limited government, low taxation, free markets and individual liberty. Has he been right on every issue? No. Has he been correct in every tactical and strategic decision? No. But he’s been right more than he’s been wrong, and he’s won more often than he’s lost.

For better or worse, Newt Gingrich has been a fighter, not an observer. And certainly not a “disgrace.” That’s just the historical record…though I again admit, like Mitt Romney, I’m no historian.

Not that there’s anything wrong with that. But please explain to me how bailing out the Olympics limited government, cut spending, reduced taxes, expanded individual liberty or preserved free markets in the United States of America?

Again, there’s nothing “wrong” with what Mitt Romney has done in his life. But to attack and criticize Speaker Gingrich as a “failed leader” and a “disgrace” for his service to the conservative movement for the last 34 years reminds me of that famous quote by Teddy Roosevelt way back in 1910 (again, like Mitt Romney, I’m no historian – so if the source and date of the quote is incorrect, I’ll stand corrected):

“It is not the critic who counts; not the man who points out how the strong man stumbles, or where the doer of deeds could have done them better. The credit belongs to the man who is actually in the arena, whose face is marred by dust and sweat and blood; who strives valiantly; who errs, who comes short again and again, because there is no effort without error and shortcoming; but who does actually strive to do the deeds; who knows great enthusiasms, the great devotions; who spends himself in a worthy cause; who at the best knows in the end the triumph of high achievement, and who at the worst, if he fails, at least fails while daring greatly, so that his place shall never be with those cold and timid souls who neither know victory nor defeat.”