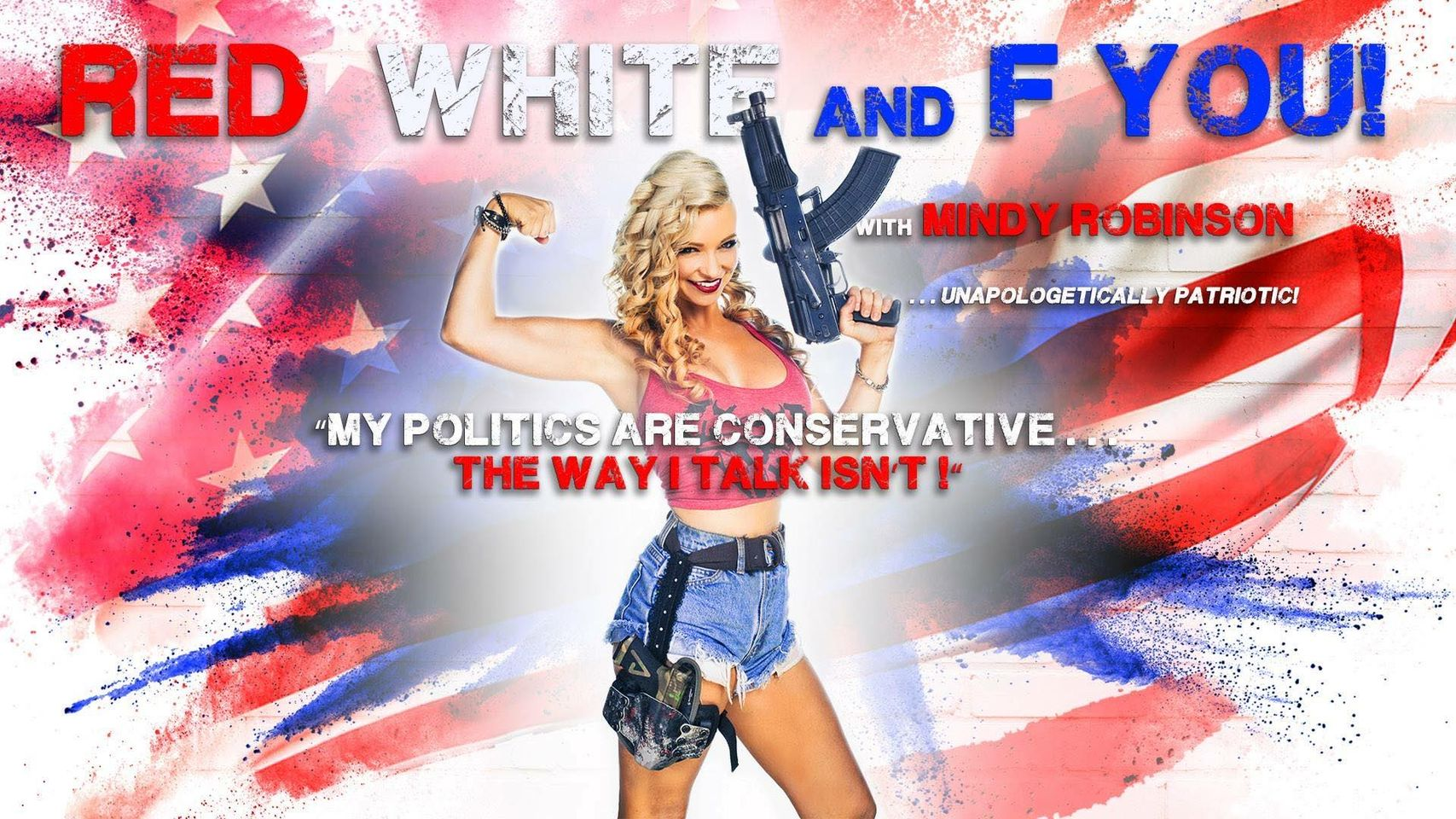 (Chuck Muth) – I have an exceptionally low tolerance level for stupidity.  It’s one of my worst faults.

Which brings me to Mindy Robinson.

Last Saturday I joined a “pub crawl” in the Arts District in downtown Las Vegas organized by my friend and longtime conservative GOP activist Bill Laub.

During the course of the festivities, someone took a photo of Tick and I – strange political bedfellows indeed – toasting his birthday; me with a beer, Tick with a glass of wine. Which I shared on Twitter… 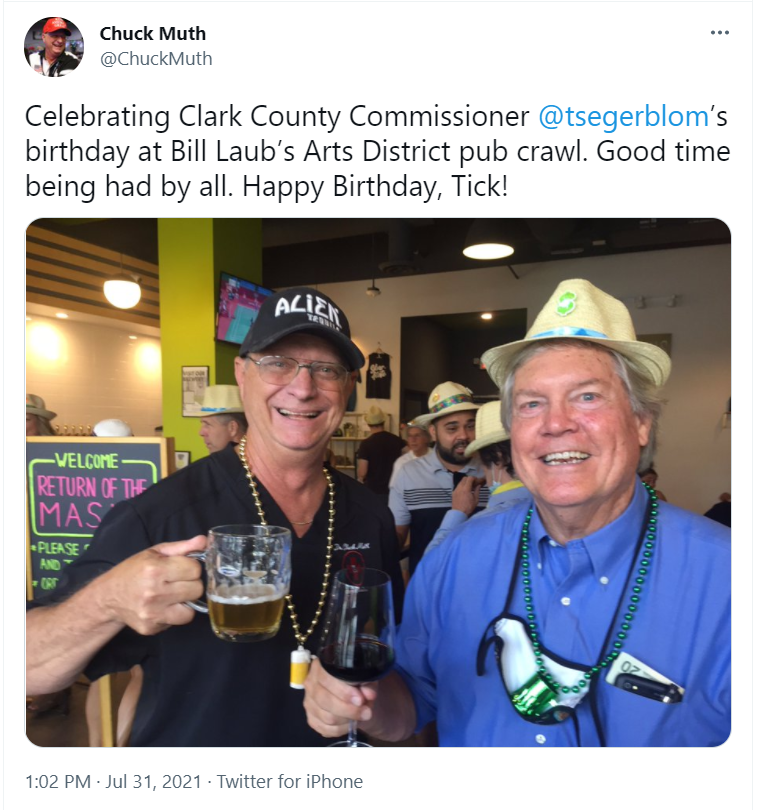 Upon seeing the photo on social media, Miss Mindy came down with a severe case of the vapors.  She clutched her pearls, grabbed some smelling salts and went on Facebook to denounce “sell-out, fake conservative Chuck Muth” for “hanging out” with Tick.

Truth is, Tick and I probably disagree on 98 out of 100 political issues.  But we’re not blood enemies.  Over many years we’ve found ourselves disagreeing without being disagreeable.

Some, like Mindy – who fancies herself the Nevada conservative movement’s new, self-appointed, all-seeing, all-knowing, omnipotent savior – find that unacceptable.

So using a fake Twitter name – since she got herself banned under her real name – the mouth that roared proceeded to trash me on social media.  To which I, naturally, replied in kind in my own special way.

That resulted in a series of profane personal text messages from her.  Here are some examples, and I apologize in advance for her language…

“Thank you for a memorable afternoon.  Usually one must go to a bowling alley to meet a woman of your stature.”

But the following text really got me laughing…

“Stop thinking you’re smarter than me, that’s where everyone fails.”

That one reminded me of this quote by the late, great Margaret Thatcher…

“Being powerful (or smart) is like being a lady. If you have to tell people you are, you aren’t.”

But then it struck me…

And maybe, just maybe, Hollywood is thinking of doing an all-female remake of The Godfather – like that stinker it did with Ghostbusters – and Mindy, auditioning for the role of Fredo, simply got his infamous line a little discombobulated…

“I can handle things! I’m smart! Not like everybody says… like dumb… I’m smart and I want respect!”

But let’s wrap up with a little reality check…

Mindy parachuted into Nevada GOP politics two weeks before filing in the 2020 elections and decided it was smart to run for Congress even though she had no experience, no name ID, no money and…no chance.

She got all of 13% of the primary vote.  And proceeded to blame everyone else – including those dumb Republican voters! – for her crushing defeat.

Now she’s running for Congress again.  But this time, she’s running as a third-party candidate, not as a Republican – exactly what Donald Trump said NOT to do.

Brilliant!  You see…she IS smart!

Look, I know Mindy’s fiery and spirited and can deliver a heart-pounding sermon when preaching to the choir.  She knows her talking points.  She knows her lines.  And delivers them well.  She’s got potential.

But she’s also inexperienced, undisciplined, thin-skinned and often comes off as completely unhinged.  She doesn’t even know what she doesn’t know while thinking she knows it all.

Here’s hoping she grows up and matures politically before it’s too late for her…if it’s not already.

Welcome back my friends to the $#!+-show that never ends.

The clowns that are now the FORMER Clark County Republican Party “leadership” team are like a bad case of herpes:  They won’t kill you, but are annoying as hell and won’t go away.

Indeed, FORMER Vice Chairman Steve “Sauerkraut” Silberkraus is now calling himself the “Acting Chairman.”  He’s not.  His term expired on July 20, 2021 and a new chairman, Jesse Law, was elected on July 28, 2021.

And on Saturday night, Sauerkraut sent out an email saying that FORMER county GOP chair David “Sadsack” Sajdak came down with a case of the COVID – supposedly in Georgia where he actually lives and works.

He went on to claim that others who attended the July 20 circus act have tested positive as well; then went a step further and claimed it was all the people who were denied entry to the meeting and were forced to stand outside in the heat – mostly supporters of Chairman Law – who were the super-spreading the culprits.

What a crock.  These clowns are worse than a bad joke.