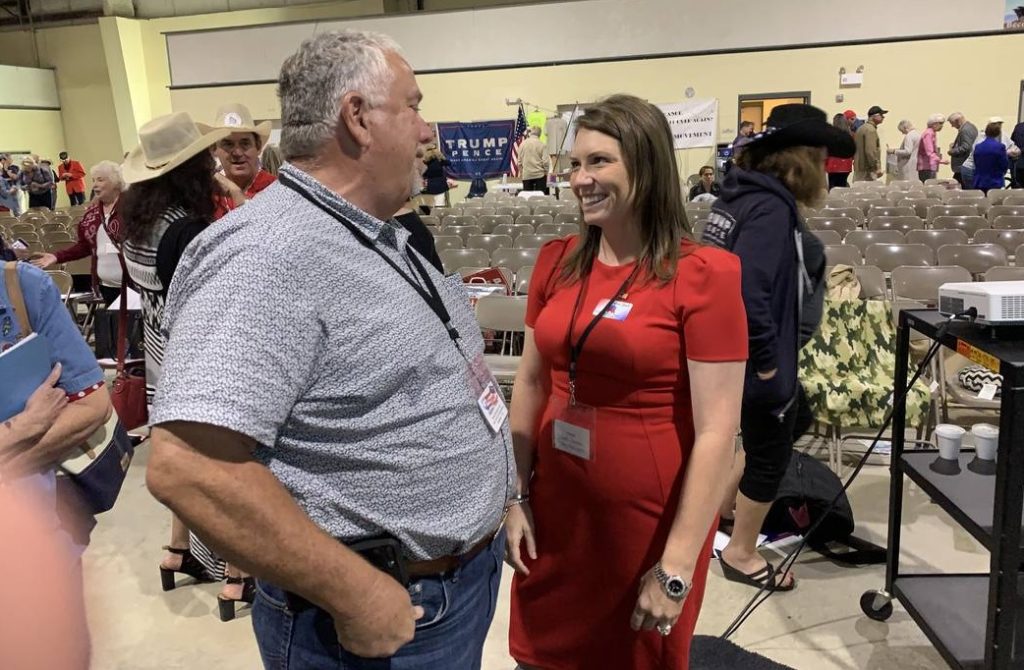 Congratulations to Nevada Republican Party Chairman Michael McDonald on winning a fifth term as Grand Imperial Pooh-Bah of the state GOP at the party’s meeting yesterday.

Give the man credit; he knows his constituency.

But there’s a lot more to what happened in Winnemucca than most analysis is reporting.  Let’s take a look at two…

1.)  Despite the “spin” coming from the party’s hired staff – MisCommunications Director Keith Schipwreck tweeted that McDonald “cruised to victory,” while Executive Director Will Sexbythehour tweeted a “That Was Easy!” gif – let’s face it, the election was a lot closer than it ever should have been.

McDonald won 205-156, with the 156 split between two challengers, despite these overwhelming advantages…

Come on.  Under these circumstances McDonald should have won darned near unanimously. In fact, he shouldn’t have faced a challenge at all.

Still, a win’s a win.  And McDonald demonstrated an undeniable resiliency by hanging on despite undeniable failures by Nevada Republicans at the ballot box over the last two election cycles.

Unfortunately, by re-electing McDonald the NRCC actually put RINO-whisperer consultant Mike Slanker in charge of the party’s political operations and strategy.  And no good can possibly come of that.

So while President Trump will surely win Nevada next year, start planning now for a repeat of the electoral disasters of 2016 and 2018 for Republican candidates in congressional, state legislative and other races.

Oh, and get ready for this…

With Slanker in charge here’s what the Nevada GOP can look forward to in 2022: “Never Trumper” Dean Heller for governor and RINO King Brian Sandoval for U.S. Senate – both Slanker clients.

2.)  The NRCC also voted to scrap the presidential caucus in February.  Instead, President Trump will be officially nominated by the Nevada GOP next year.

The argument in favor of disenfranchising a half-million Nevada Republican voters is that it will save the party money.

The goofy thing about that is the party still must hold its caucuses to elect delegates to the county, state and national conventions.  So there’s no “cost savings.”  There’s still going to be a caucus.

All this means is that people who otherwise would show up at the caucus to vote for President Trump next year will instead just stay home.  Hard to see how that helps rebuild the party.

Now, I DO understand the rationale behind this – and there’s merit to it.

With President Trump’s nomination now a foregone conclusion there will be no reason for the three GOP stooges who have thus far announced they’re running against him – Bill Weld, Joe Walsh and Mark Sanford – to campaign here.

Which means the Trump campaign – not the Nevada GOP – will save money.  So there’s that.

And, truth be told, the party’s pre-primary endorsement of clearly the strongest candidate with the best chance to win the general election in November 2020 is smart politics.

But that raises a thorny question…

If giving President Trump an early pre-primary endorsement and shutting off party support for gadfly candidates who will do nothing but soften up the inevitable nominee during a heated primary campaign is smart politics – and it is – then, um…

Why hasn’t the party done the same for other races?

Here, I’ll give you just one example: The 2018 Republican primary for governor.

There wasn’t even a SMIDGEN of doubt that Adam Laxalt was overwhelmingly the strongest horse for the GOP to ride in that race against seven lesser wannabes.  Indeed, his “closest” competitor, Dan Schwartz, wasn’t even able to get 10% of the vote.

Yet the Nevada GOP stayed “neutral” and allowed Schwartz to nip and yelp at Laxalt’s heels the entire primary season – softening him up for Sisolak in the general – without so much as a peep of defense from the party.

On what planet other than Uranus does this make strategic and tactical sense?

“Yes,” I can hear defenders say, “but Trump is different.  He’s an incumbent.”

Really?  OK.  Then why didn’t the Nevada GOP give incumbent U.S. Sen. Dean Heller a pre-primary endorsement in 2018?

Look, if it’s good to give a clearly superior presidential goose a pre-primary endorsement to avoid a messy and unnecessarily costly primary, why isn’t it good for ganders?

The fact is, in multiple congressional and legislative Nevada races for 2020 we’re already seeing GOP primaries shaping up featuring clearly superior candidates against unknown, inexperienced, under-funded challengers who don’t have a prayer.

And what’s the Nevada GOP going to do about it?  Pull a Pontius Pilot, wash its hands, and stay neutral until the primary’s over.

It’s an inexcusable dereliction of fiduciary responsibility by an organization elected to provide Nevada Republicans some leadership, not followership.

Overheard at the NRCC Meeting

I hear a Central Committee member in Winnemucca confronted Nevada GOP MisCommunications Director Keith Schipwreck, one of Mike Slanker’s out-of-state political cronies, and accused him of not knowing anything about Nevada.

“Do, too,” replied the indignant Schipwreck.

“OK,” the NRCC member challenged, “then what’s the capital of Nevada?”