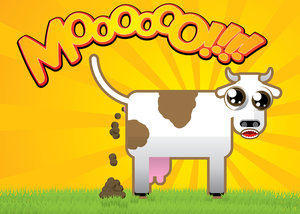 I’m trying to figure out who is more revolting in their disdain for America’s success stories – the President of the United States or the president of the Nevada teachers union.

Barack Obama spent the first four years of his presidency hunting down, Ahab-like, “the wealthiest among us” and finally got his pound of flesh at the conclusion of the fiscal cliff-hanger last month. He’s now back in his boat, harpoon at the ready, looking for a sequel.

For her part, Lynn Warne and her unionized public school teachers are attacking Nevada’s largest employers and targeting them with a new business tax, not only claiming “the rich” aren’t paying their “fair share,” but are screwing our kids in the process.

Warne should be ashamed of herself. But she’s not. She believes she’s entitled to money earned by others.

To hear such green-with-envy liberals tell it, “the rich” have somehow unfairly benefited from the opportunities this country makes available to ALL Americans, including those who don’t have, like Obama, an Ivy League education.

In his book Marketing to the Affluent, author Dan Kennedy took a look at the Forbes 400 list and discovered that 80% of them got on the list “through ambition, initiative, drive, grit, ingenuity, hard work, and entrepreneurship,” further noting that only 74 of them inherited their wealth.

Interestingly, Kennedy discovered that those “with a college degree were worth less on average than those without a college degree.” Not that educations isn’t important; it is. But there are all kinds of ways to learn if you want to be financially successful.

Taking a more personal look at “the wealthiest among us,” Kennedy noted that our own Sheldon Adelson of the Las Vegas Sands “is the son of a cab driver and a college dropout.”

Larry Ellison of Oracle Software “is also a college dropout.”

The guys who started Google dropped out of Stanford.

Kirk Kerkorian, no stranger to Las Vegas, “is the son of an Armenian immigrant fruit farmer” and “an eighth-grade dropout.”

Ross Perot is the son or a Texas cotton broker.

Leslie Wexner of Victoria’s Secret is an Ohio State dropout who launched his first women’s clothing store “with $5,000 borrowed from his aunt.”

Our own Frank and Lorenzo Fertitta of Stations Casinos “started out dealing cards at the Stardust.”

Ralph Loren is “the son of Russian immigrants” who got his start as a salesman in a Brooks Brothers store in the Bronx.

Jeff Bezos of Amazon.com fame “started out simply selling books from his garage via the Internet.

Ty Warner dropped out of college to follow his father’s footsteps and be “an on-the-road sales rep for a plush toy company.” He went on to earn his wealth by creating the wildly popular Beanie Babies in 1986.

Rich DeVos, “after several business failures,” started a company in his garage with one product, “an all-purpose liquid cleaner.” You may have heard of this company; it’s called Amway.

And yes, every one of those great American success stories, and millions of others at lower levels, absolutely did “build that.” Lynn Warne sure as hell didn’t.

So let’s disabuse this absurd notion, once and for all, that “the rich” and their companies have earned their success and aren’t paying their “fair share” – which in the Left’s mind would apparently be an effective rate of approximately 110%.

To determine how much Wal-Mart, for example, is paying in Nevada, you have to look not just at what taxes the company pays directly, such as property taxes, but how much tax revenue it generates from all the sales of products in their stores.

Without the Wal-Marts of this world, who would sell all those products that rake in all that tax money and pays the salaries of our public school teachers? You Lynn Warne? You Barack Obama? You Lt. Caffey? Puh-lease.

In addition to all the sales tax revenue that Wal-Mart pays through its operations, you also have to take into consideration all the taxes paid by all the people Wal-Mart employs. If not for Wal-Mart, all of those greeters, cashiers and clerks wouldn’t have jobs to pay the taxes on their homes, cars, vacations, etc.

And instead of contributing to the tax base, those unemployed folks would be draining from it.

And what about all the stockholders who profit from corporations like Wal-Mart and then use those profits to buy more “stuff” that is taxed and sent to the government?

This insulting notion that large companies aren’t paying their fair share in society is, to borrow a phrase from Jim Carey, “a worthless steaming pile of cow dung.”

And instead of demonizing and denigrating those individuals who have successfully achieved the American dream – to steal a line from Jack Nicholson – “I would rather you just said ‘Thank you,’ and went on your way.”

Either way, Ms. Warne, I don’t give a damn what you think you are entitled to!