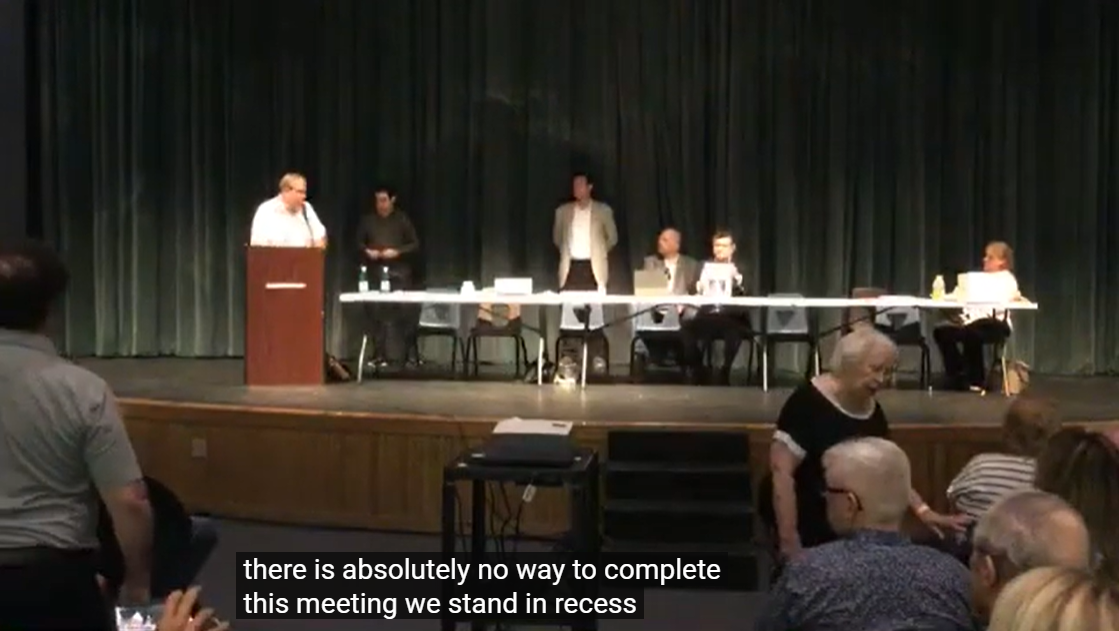 (Chuck Muth) – The circus act that is the Clark County Republican Party under former head clown/chairman David Sajdak has not folded up its tent and scooted out of town.  Instead, the clowns hoping to extend their performance are doing the Snoopy Dance after winning a round in court this week.

On Thursday, a retiring district court judge – on her last day on the bench – ruled that the reconvened meeting held on July 28 to elect new officers was improperly noticed to the membership.  As such, she voided the elections that were held that night and ordered new elections for September 21 (or sooner).

“At a hearing this morning Clark County Judge Elizabeth Gonzalez declared that the rogue group’s sham meeting and election were not proper and therefore Judge Gonzalez issued a court order invalidating both,” wrote “acting” (in every sense of the word) chairman Steven Silberkraus after the ruling.

Silberkraus, by the way, was one of the rogue RINOs (Republicans in Name Only) in the State Assembly in 2015 who voted for the largest tax hike in Nevada history.  Never forget that.

“With this issue now resolved finally and conclusively,” the tax-hiking bozo continued, “it is time to proceed with the regular business of the CCRP including our membership meeting and our elections.”

Judge Gonzalez’s ruling will NOT be the “final” word on this brouhaha…especially since the decision was based on clearly inaccurate information.  Her ruling will inevitably be appealed and heard by a different judge now that she’s left the bench.

As Resident Joe Biden would say, here’s the deal…

While it was initially believed that the current terms of office for the seven previous party officers expired on the night of the July 20 meeting, I have since learned that all their terms actually expired on July 16, 2021 – two years after they were first elected, as per the party’s bylaws.

So Sajdak was no longer the chairman on July 20.  Which means when he “resigned” a couple days after the meeting, he resigned from a seat he wasn’t even in any longer. Ditto Silberkraus and the others now putting themselves out there as “acting” party officials.

For expediency purposes, the Clark County Republican Central Committee (CCRCC) allowed Sajdak to run the July 20 meeting.  But the reality is that there were no elected officers in office that night.  Again, that’s according to the party’s own bylaws.

In her ruling, Judge Gonzalez said the July 20 meeting wasn’t “recessed” by Sajdak, but was “terminated” by the sheriff’s office in response to some protests occurring outside the school building where the meeting was being held.

Indeed, I’ve listened to an audio recording of the hearing and Judge Gonzalez repeatedly said the meeting was “terminated” by Metro and that that’s why she ruled the way she did.

The difference between a meeting being “recessed” and “terminated” is a crucial aspect of this kerfuffle, which I’ll get to in a minute.  But the claim that Metro ordered the meeting “terminated” is simply not true.

But don’t take my word for it.  I’ve obtained a copy of a statement from Matthew J. Christian, Assistant General Counsel for Sheriff Joe Lombardo of the Las Vegas Metropolitan Police Department (LVMPD), which reads, in part…

“LVMPD stood by and kept the peace during the event.  LVMPD did not force the meeting to end.”

In addition, I was told on Thursday afternoon by Lloyd Benson – who was at the July 20 meeting – that Sajdak specifically announced the meeting had been recessed, not adjourned.

Mr. Benson is a man of unquestioned integrity; however, I am, by nature, a “doubting Thomas.”  So to remove any and all doubt whatsoever, I went and watched a video of the meeting.

And lo and behold, Mr. Benson was absolutely, 100% correct.

The audio is indisputable.  Just a few minutes before 9:00 pm, Sajdak took to the microphone and specifically announced that “there is absolutely no way to complete this meeting; we stand in recess.”

The reason given was that the school where the meeting was being held only allowed for the meeting to be conducted up until 9:00 pm – though even that claim is being disputed by some who say the cut-off time was actually 10:00 pm.

In any event, the fact is the video – which ran non-stop for almost the entire two-hour meeting – clearly shows there was no disturbance inside the meeting room that caused the meeting to end prematurely.  It was the incompetence of Sajdak running the meeting that ran out the clock.

With me so far?

Now here’s why Sajdak declaring the meeting to be in “recess” is so crucial to the dispute.

I’ve also obtained a copy of a four-page document prepared by Kay Allison Crews – a Certified Professional Parliamentarian who was flown in from Dallas at the reconvened meeting on July 28 at which Jesse Law and his slate of candidates were elected – which details why the July 28 meeting and elections WERE proper.

It’s a long and sometimes confusing opinion if you’re not versed in the intricacies of bylaws and Roberts Rules of Order, so I’ll give you the Readers Digest version.  Let’s start with Ms. Crews’ explanation of the difference between a meeting being “recessed” vs. being “adjourned” …

“A meeting in recess is on break *within the meeting*, at the conclusion of which business resumes at the point where the break was taken.  A meeting that is adjourned has terminated the meeting, and the next gathering of the body will be a new meeting.”

Usually, a “recess” is called for a short period of time – such as for a bathroom break or lunch or to count ballots, etc. – and the chair of the meeting calls it back into session.

However, because the meeting could not continue that night and Sajdak had resigned (from a seat he actually no longer held) – and the group’s Executive Board, per the organization’s own bylaws, is only authorized to act BETWEEN meetings – the question arose as to who could call the “recessed” July 20 meeting back into session.

We return to Ms. Crews…

“The only group that COULD bring the meeting out of recess was a group of members.  The quorum of the CCRCC is 10% of the members (Bylaws 6.7).  Efforts were made to notify and make all members aware of the time, date and place of the reconvening of the meeting.”

A “quorum” is a percentage of the established number of members.  In this case, over 50 members – a quorum – signed a letter calling the meeting out of “recess” and back into session on July 28 at the Ahern Hotel in Las Vegas.

At that meeting, the members themselves elected a temporary chairman, Bill Carns, to oversee the meeting.  The meeting was conducted and Jesse Law and his slate of officers were then duly elected.

One final point on these proceedings…

In voiding the actions of the CCRCC meeting on July 28, Judge Gonzalez opined that the proper 10-days’ notice for a meeting was not done before the meeting was held.

But again, that only would apply if the July 20 meeting was “terminated” and not “recessed.”  Otherwise – and follow the logic here – every time a meeting is recessed for, say, a 10-minute bathroom break, the members would have to be given 10 days’ notice before the meeting could start up again.

So the bottom line is this…

1.)  Judge Gonzalez was clearly misinformed about Metro “terminating” the meeting.  It didn’t.  And now that Metro has confirmed that, there’s no doubt the meeting was “recessed,” not terminated.  And that alone calls for a reconsideration of her decision by a new judge or warrants an appeal to a higher court.

2.)  Because the July 20 meeting was indisputably “recessed” and not “terminated” – and a proper quorum of members called the meeting back into session on July 28 – the election of Jesse Law as the new chairman, along with his slate of officers should, according to the bylaws and the rules, be considered the legitimate new officers of the CCRCC.

And, in fact, the Nevada Republican Party continues to recognize them as such.  And here’s why that’s important…

According to Judge Gonzalez, her decision only pertains to voiding the July 28 meeting and ordering a new election on September 21 (or sooner).  Period.

She specifically said that how the party deals with that election is up to the party organizations themselves.

So even if her decision isn’t overturned; and even if the Silberkraus clowns hold their own meeting on September 21 and elect their own officers, the Nevada GOP can (and likely will) still refuse to recognize them.

Which means this clown circus could continue to roil the party for months to come.

Republicans are their own worst enemy.  And the beat goes on…

“I have some disappointing news to report: We fell short of our August funding goal. This isn’t something that happens often, but when it does, it puts our campaign at a real disadvantage.” – Eva Black, Sisolak for Governor, 9/1/21