Last Night Wasn’t an Awakening; It Was a Reckoning 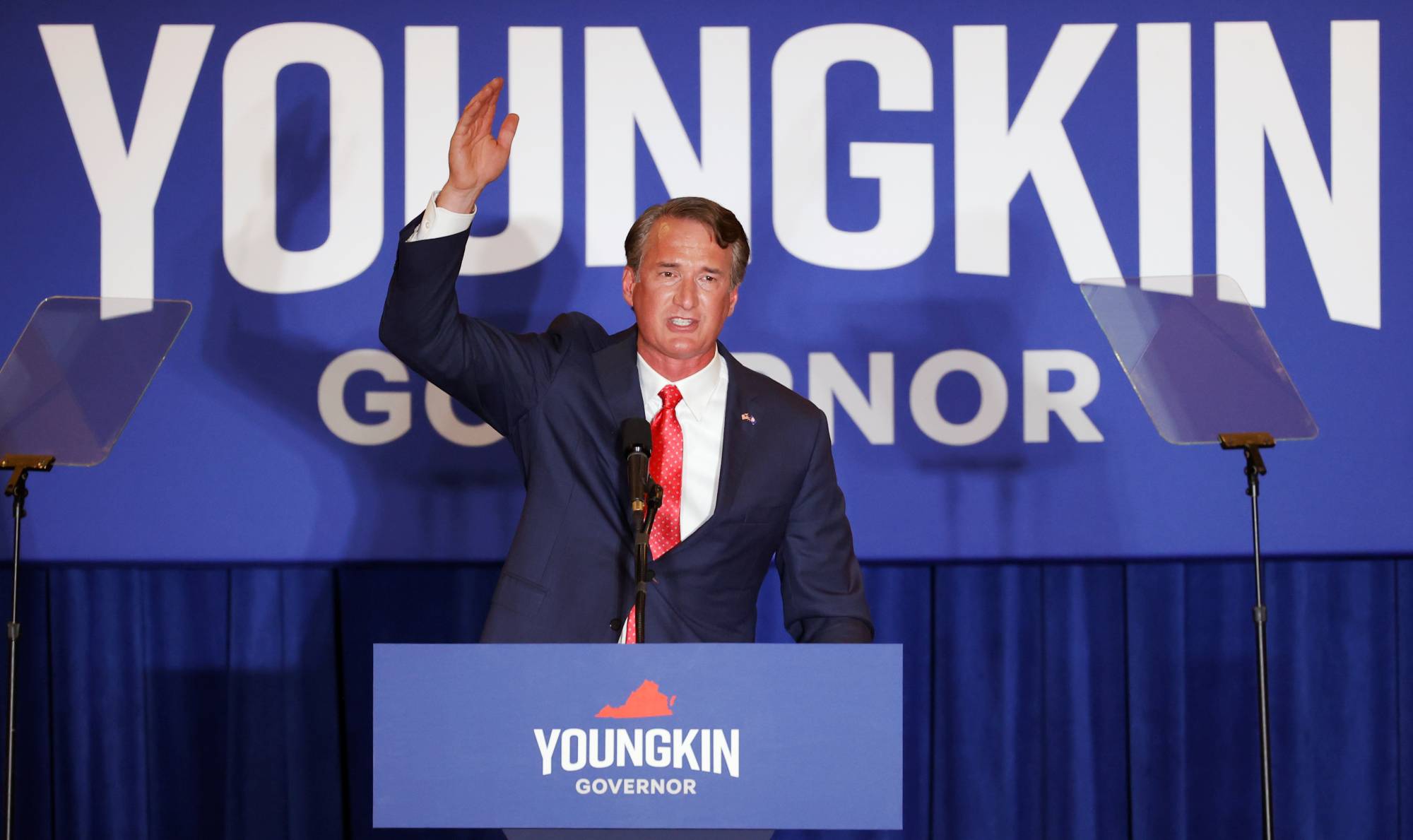 (Chuck Muth) – It’s always darkest before the dawn. It took Jimmy Carter to give us Ronald Reagan, Barack Obama to give us Donald Trump & Joe Biden to give us last night.

Indeed, I haven’t enjoyed watching CNN and MSNBC so much since Election Night in 2016.  The on-air talking heads last night were absolutely devastated by the election results and continued to obsess over Trump even though he’s no longer in office and wasn’t on the ballot.

Those people could use some therapy puppies today…if Fauci hasn’t already killed them all.

The big story, of course, was Republican Glenn Youngkin – who started out his campaign polling at just 2 percent – in the Virginia governor’s race.

He flipped a solid blue state that went with Biden by over 10 points just a year ago despite Biden, Kamala Harris and Barack Obama stumping hard for Terry “Wine Lips” McAuliffe in the closing weeks of the campaign.

Even better, Virginians elected Republican Winsome Sears as their lieutenant governor – the first black woman ever elected to a statewide office.  She immigrated from Jamaica, served in the Marines, has a Masters degree, ran a women’s homeless shelter and raised 3 kids.

“There are some who want to divide us and we must not let that happen,” Sears said in her victory speech (conveniently not covered by CNN or MSNBC).  “They would like us to believe we are back in 1963…  In case you haven’t noticed, I am black, and I have been black all my life.”

So much for the libs’ claim that Virginia voters are a bunch of racists!

In addition, it appears Republicans may have re-taken control of the Virginia House of Delegates.

Meanwhile, the New Jersey governor’s race is still too close to call…but the fact that it was close at all is stunning.  Biden carried this state by 16 points last year!

But here’s the best one yet…

Nicholas Seppy, a “19 year-old whose senior year was disrupted by COVID madness last year, ran against an incumbent schoolteacher member of the school board – and obliterated her by 17 points.”

In Minneapolis, ground zero for riots and mayhem over the death of George Floyd last year, voters solidly rejected a ballot measure to defund the police.  That’s in a city that voted 87% for Biden last year!

In Seattle, Republican Ann Davison, running on a law-and-order platform, knocked off a “defund the police” socialist Democrat candidate for the City Attorney position by a whopping 20 points.  Hoo-boy!

Oh, and let’s not forget the pivotal role “Brandon” played in yesterday’s victories.

From reporter Sean Golonka this morning…

“Clark County Sheriff Joe Lombardo portrayed himself as the only Republican gubernatorial candidate with a chance to win in 2022, while unleashing a broadside on rival candidate and former U.S. Sen. Dean Heller as a ‘spineless bureaucrat’ and ‘washed up baseball player.’

“[Heller] doesn’t understand the nuances of running a massive government operation for the benefit of the entire state,” Lombardo said. “He’s insular in his attitude towards things… We need new blood, and we don’t need the same old recycled candidates that will not bring success to the party.”

* After the “woke” folks over at Major League Baseball pulled this summer’s All-Star Game out of Atlanta and moved it to Denver in protest over election reform legislation that was passed, the Atlanta Braves won the World Series last night.  Poetic justice!

* Lost in yesterday’s election results and the Braves winning the World Series was “smoking gun” video footage released by Human Events – which had been covered up by the FBI – that shows Kyle Rittenhouse acted in self-defense during the Kenosha riots last year.

* Danger Zone at the DMV.  I’m hearing multiple reports that some people going to the Department of Motor Vehicles to change their address, marital status, renew their registration, etc., have automatically had their voter registration changed to “non-partisan” without knowing it.

Since only Republican-registered voters can vote in the GOP primary next year, if you’ve done biz with the DMV since the last election you may want to verify your voter registration status to make sure you weren’t switched without your knowledge, let alone permission.

Secretary of State Barbara Cegavske has set up a quick, easy way to check online.  Just go to: www.nvsos.gov/votersearch.

The Clark County teachers union has endorsed RINO Assemblyman Tom Roberts for sheriff.  Should tell conservatives all they need to know.

* A special session of the Legislature is expected to be called later this month to redraw the district lines in Nevada based on the new Census numbers.  The two Republicans on the redistricting committee are Sen. Pete Goicochea and Assemblyman Glen Leavitt.

So if Republicans get screwed in the process – and they will – you’ll know who to blame.

* Conservative Lyon County Commissioner Vida Keller has announced her intent to run for the State Assembly seat of Minority Leader Robin Titus, subject to how the district lines are redrawn.  You can read more about her here: www.vidadkeller.com

* The #1 job of Republican National Committeewoman is to raise money for the party.  With incumbent committeewoman Michele Fiore now a candidate for governor, it would be in the party’s best interest for her to step aside and let someone else who doesn’t have such a fundraising conflict to take the position.

* REMINDER: 112,031 active Republican registered voters in Nevada did NOT vote in the 2020 general election that President Trump lost by around 33,000 votes.  So stop whining about undocumented “voting fraud,” get off your butt and start doing something about getting out the GOP vote in 2022.

“What happens in Virginia will in large part determine what happens in 2022, 2024, and on.” – Kamala Harris just four days before Election Day

“Hearing that the Virginia race was set to be stolen but the counterfeit ballots got stuck on a container ship off the coast of California.” – Dr. Benjamin Braddock

“Call me crazy but I think one lesson from tonight is that Republicans do better when they tell their voters to vote instead of telling them not to vote.” – Ben Shapiro

“These numbers are bad. These are our voters who have abandoned us in droves…a five-alarm fire. … Democrats are coming across as annoying and offensive and out-of-touch. I think there is a message here.” – Democrat strategist Van Jones on last night’s results in Virginia

“It turns out that randomly accusing everyone of being a racist finally backfired for the left. No one cares anymore.  Calling parents domestic terrorists is not a winning message!” – Ian Miles Cheong