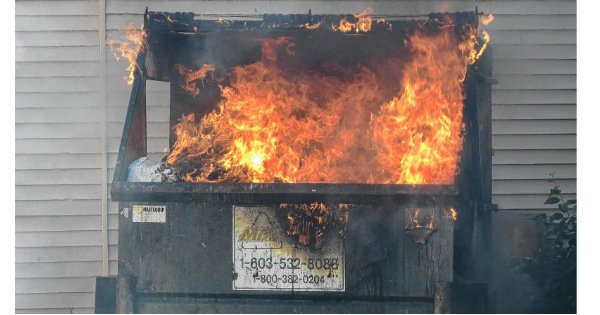 Efforts by the City of Las Vegas to grant Republic Services a new 15-year NO BID extension of its monopoly franchise contract for residential and commercial trash collection – which would cut residents’ twice-a-week pickup to once a week with no reduction in monthly service fees – has become a campaign issue in municipal elections scheduled to take place on April 4, 2017.

In fact, Election Day is the day before the Council is scheduled to hear and possibly vote on both an ordinance change that allows for “single stream” recycling, as well as a new NO BID contract for Republic to fulfill that ordinance change.

Citizen Outreach has launched an online petition urging the city to open the contract to bids.  The following from Herbert & Janice Sowe is typical of the comments we’ve received…

“Thank you very much, Mr. Muth.  We would like to see competitive bidding in Las Vegas for the trash pick-up.”

You can read and sign the petition by going to www.GiveMeChoice.com.

Meanwhile, Reid Rasner, a candidate for Las Vegas City Council in Ward 6 – currently represented by term-limited Councilman Steve Ross who is the sponsor of the bill and whose wife, Kelly Ross, is running as the “all-in-the-family” candidate to replace him – issued the following statement on the issue…

“Chuck, I fully support an open bidding process and you have my support. With the election only a couple weeks out it is imperative we elect an official who will work for the people rather than for themselves. It is my belief that Kelly Ross will only continue her husband’s legacy on the City Council.

“I will pledge to you today, that if elected, I will work with you to get an open bidding process for trash services and many other services that the City of Las Vegas pays for. Open competition keeps cost down and we must balance our budget.”

In addition, the Las Vegas Sun today published an interview with Steve Seroka, a candidate for Las Vegas City Council in Ward 2, currently represented by Councilman Bob Beers.  When asked about the Republic contract, Seroka replied…

“Bob Beers has made statements advocating for the non-competed extension of the Republic Services’ 15-year contract, for another 15 years even though the current contract has approximately four years left in it.

“Ethics would require you to compete every contract to get the best service, the best value and to allow other companies and other contractors in our community an opportunity to compete. Where I come from, it would be an ethical violation to not compete for a contract, especially of this magnitude. It would put your career in jeopardy to not do this.”

When asked for a response by the Sun, Councilman Beers called out Mr. Seroka for misrepresenting his position on the issue…

“Our incumbent utility has high customer satisfaction and manages to keep our rates low. With four years left on its contract, it is prudent for the city to start the process of choosing our future direction. We have asked: ‘Thanks for what you’ve done for us lately. What are you going to do for us tomorrow?’

“City staff has negotiated us into a ‘starting position’ that has just been introduced for public discussion. To suggest something untoward is going on, or something is deceptive, is, well, pure posturing political pander.”

We hope that being in a “starting position” means no vote on the contract will be taken at the city council meeting the day after the elections are held in two short weeks.  As Michele Fiore, also a candidate for Las Vegas City Council in Ward 6, put it in a statement…

“I believe that the Las Vegas City Council should wait to consider this measure until after the completion of city elections. No matter the result, the council will have a different member (representing Ward 6) with a fresh perspective. The contract still has years before it is expired and there is no wisdom in rushing through the issue before the election.”

Exactly.  There should be no rush to jam this through before we know who the new council members are – especially since the current contract doesn’t expire for another FOUR YEARS.

Meanwhile, a letter-to-the-editor by Diane Rhodes published today in the Las Vegas Review-Journal nicely echoes our position on the matter…

In connection with the March 15 story “Group wants LV trash contract up for bids,” you note that Republic Services has handled residential trash in Las Vegas since 1985. You also note that it is seeking a 12-year contract extension four years before its “current exclusive franchise agreement is set to expire.” This raises a number of questions, in my mind.

1.)  If there are four years left on the current agreement, what’s the hurry to create any extension? Why should this even be up for discussion at the April 5 meeting?

2.)  Why is this contract not up for bid? If it were truly open to all comers, why is the city so sure no one else could or would submit a bid for this highly profitable (high revenue) service?

3.)  Why should Republic Services have the right to impose fees “at its sole discretion”?

4.)  Does anyone else remember that Republic Services did the same thing the last time the contract was approaching expiration? It sought – and received – a multi-year extension several years before the agreement was due to expire. Who is responsible for this? Why?

I think the public has the right to some answers before we cave to Republic Services’ demands – again.

We understand the city’s desire to switch to “single stream” recycling for residential service.  And we understand that Republic has generally delivered good service for a reasonable price.

But to rubber-stamp a $1 billion-plus contract extension without at least allowing others to compete for the business by issuing an RFP (request for proposals) is not in the public’s best interest.