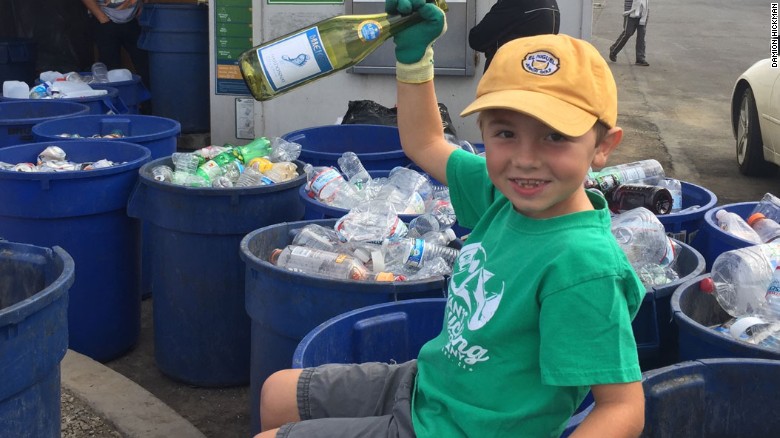 How many kids do you know who started a business at the age of 3 ½?

Ryan Hickman of San Juan Capistrano, CA visited a recycling center when he was a toddler.  The next day he proudly announced to his dad, “My new business!  I’m going to pick up all the cans and bottles from everyone in the neighborhood.”

“Today,” CNN reported recently, “at the ripe old age of 7, he is the CEO, manager and employee of Ryan’s Recycling Company. He has 50 customers and over 200,000 bottles and cans in his recycling credit.”

The young entrepreneur has earned and saved over $11,000 for college from his enterprise and “says he wants to buy a full-size trash truck and eventually become a garbage man.”

Lucky for him he doesn’t live in Las Vegas!

As per the terms of a proposed ordinance expected to be voted on at next week’s city council meeting, Ryan would be prohibited from operating his recycling business here.

Section 9.08.120 stipulates that “No person other than the owner, the City or a franchise, or their agents may…engage in…or participate in residential recyclable collection.” 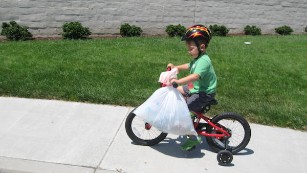 When I shared Ryan’s story with Las Vegas city staffers at a workshop on Monday, one flatly told me not to worry about it; that the city would use “discretion” in enforcing the prohibition and had no intention of becoming “lemonade stand police” that would enforce the law against someone like Ryan.

Anybody feel comfortable taking that assurance to the bank?  You shouldn’t.  As CNBC noted in a 2015 report…

“More and more in the last decade police and local code enforcement officials have closed lemonade stands when kids and parents were unable to produce proper permits and health department licenses.”

In fact, do you remember back in 2013 when the City of Reno shut down an “illegal” lemonade stand by a pair of 12- and 14-year-old girls who were operating in the neighborhood near where the Reno Tahoe Open PGA Tournament was being held?

Does anyone seriously think kids like Ryan would be safe from overly-aggressive government bureaucrats intent on enforcing the city’s new ordinance banning them from operating an “illegal” recycling business?

The proposed ordinance would also stop Ryan from achieving his dream of owning his own full-size truck and becoming a garbage man.

That’s because the city of Las Vegas seems intent on handing Republic Services a monopoly franchise contract for an additional 12 years that bans competitors such as Ryan from operating within the city limits.

God bless Ryan Hickman.  This country desperately needs more young entrepreneurs who take the risks and devote the time and energy necessary to start a business, make a profit and eventually create jobs.

Lucky for him he doesn’t live in Las Vegas.