Kamau Bakari: The Antidote for DinaTitusitis 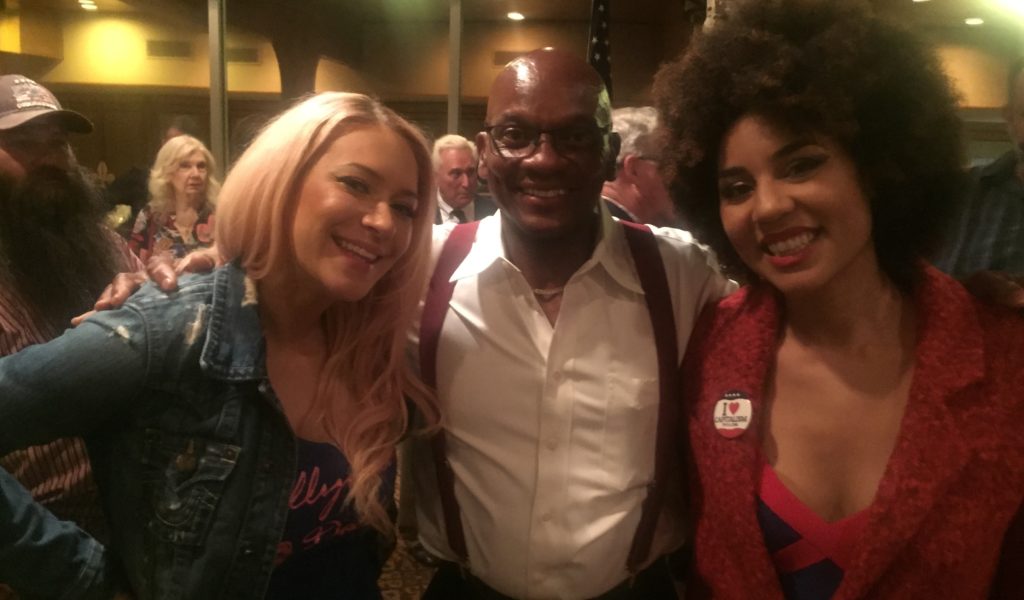 I’ve known Kamau Bakari for some 25 years now – dating back to the mid-90’s when I was the Clark County Republican Party chairman.

And he’s running in November against Democrat Rep. Dina Titus – a woman whose grating voice makes fingernails on a chalkboard sound like a baby lullaby – in Nevada’s 1st congressional district as an Independent American.

Lemme tell you a little about Kamau…

He was on my executive board when I was chairman.  Can’t say we always agreed on every issue, but he was always able to back up his position with reason and facts.

He’s an entrepreneur and small businessman by trade, and an out-spoken constitutionalist by philosophy.

He can also rattle off the entire list of 50 states, including the exact date they entered the union and in what order.

He can also tell you off the top of his head the names of the six Founding Fathers who signed both the Declaration of Independence AND the Constitution, as well as which states they came from.

Kamau’s as smart and well-informed on our nation’s history as they come.

No, seriously.  That’s what he says.

And he wonders why the term “colored person” is considered offensive but “person of color” is OK…when they both mean and say the exact same thing.  Good question.

He also wonders why no one had a cow when “comedian” Larry Wilmore, at the White House Correspondents Dinner in 2016 featuring then-President Barack Obama, said to the President…

“Blacks need to stop calling themselves niggas if they expect everyone else not to use the word,” Kamau says.

Talking about race like this is explosive stuff.  Makes most white people very, very uncomfortable.

But Kamau argues that unless we talk more openly about it, both whites and blacks, lingering racial tensions aren’t going away.

And he’ll be talking about this and much more this Friday on KKVV-1060AM in Las Vegas from 9:00-10:00 am Pacific.  You should listen and, by all means, call in and ask him questions.

If you don’t live in the Vegas area, you can listen in via streaming audio (and maybe video).

But be prepared: Kamau doesn’t hold back.  Ask him a straight question and he’ll give you a straight answer.

The perfect antidote for DinaTitusitis!