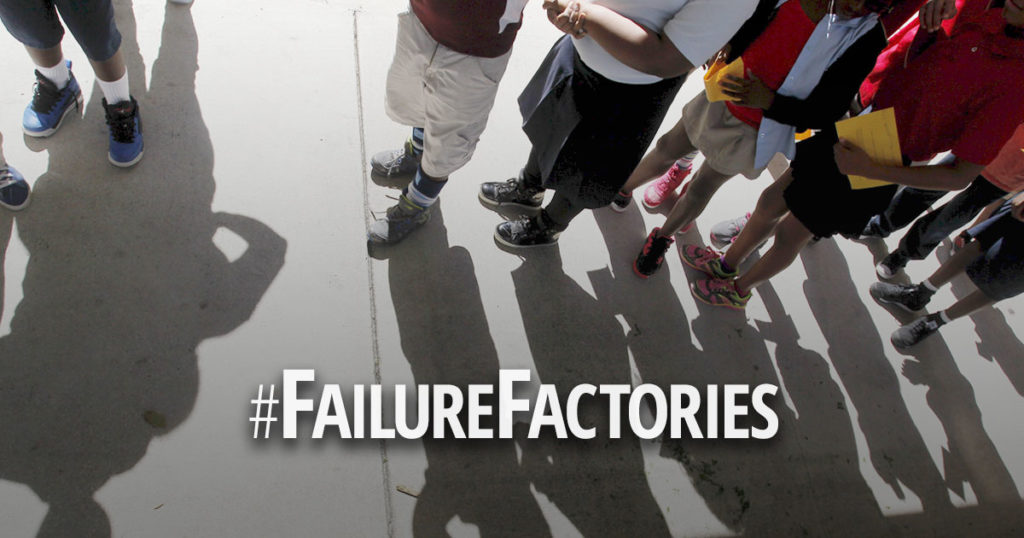 If you think paying teachers more money is all we need to fix our “failure factories,” otherwise known as our government-owned/union-managed public schools, go ahead and stop reading right now.

Because while the recent temper-tantrum teacher strikes in Oklahoma, Arizona and West Virginia may have successfully extorted across-the-board higher salaries from taxpayers, simply hiking teacher pay will no more improve public education than jacking up the pay of players on the worst-in-the-league Baltimore Orioles (sadly, my old “home” team).

When you stink, you stink…no matter how much money you get paid.

Now, to be fair, not all teachers stink on ice.  But the system they work in does.  A rigid, one-size-fits-all system that treats and pays great teachers the same as stumbling, bumbling incompetents is no way to attract the best and brightest and provide a great education.

Nor is segregating kids into neighborhood schools based on their economic status.  Or treating every kid as though they learn the same way.  Or at the same pace as every other kid their age.  Or taught every single subject as every other kid.

Nor is placing “graduation” rather than “education” as the top priority.  As we’ve seen coast-to-coast for decades now, we have kids leaving the public school system with diplomas they can’t even read.  This, to a large extent, is due to teachers teaching to the test rather than actually educating the child.

“The Blob” – as our public school bureaucracy is unaffectionately known – is top heavy with “administrators” who not only suck the money out of classrooms but suck the very life out of innovative teaching.

Public charter schools have provided some improvement, but they’re still hamstrung by the rotted overall system.  Indeed, in Clark County, Nevada they’re now hiring a new taxpayer-funded “snake-oil salesman” to persuade parents NOT to send their kids to a charter school.

Many private schools achieve educational excellence but remain a luxury expense for most low- and middle-income families.  And The Blob and unions have made it near impossible to get those families school vouchers to help with the cost.

So what’s the answer?  Homeschooling.

Let’s start with two of the biggest excuses The Blob trots out to shift blame for the woeful state of public education today: Lack of parental involvement and class size.

First, homeschooling is the ULTIMATE in parental involvement. Secondly, even in the biggest of Catholic and Mormon families (yeah, yeah, I know it’s a cliché), a homeschool class is much smaller than the 30-40 kids crammed into many public school classrooms.

Homeschooling is also an answer to teacher shortages.

If the government ENCOURAGED and assisted homeschooling rather than merely tolerate it, the number of kids in public school classrooms would be reduced. Thus, less need for more teachers and, as an added bonus, smaller class sizes.

One obstacle to homeschooling, however, is single-parent homes and families where both parents have to work to make ends meet.  But there’s an answer for that: Uberizing.

Uber is the ride-sharing service by which individuals use their own cars to provide private transportation services to people as an alternative to taking a taxi.  The same concept – “teach-sharing” – should be embraced and promoted as a private alternative to traditional brick-and-mortar public and private schools.

“Uberizing” homeschooling would give parents who can’t or don’t want to teach their children themselves full-time the freedom and flexibility to allow someone else to do it for them in a homeschooling environment.  It’s really just an expansion of “tutoring.”

However, my understanding is that some states have laws prohibiting anyone but a child’s parent or guardian to “homeschool.”  Those laws should be repealed.  That would make an “uberized” homeschooling option far more attractive and possible for families at every economic level.

It’s a brave new world out there.  Nothing The Blob has ever come up with has fixed the problem.  Especially more money.

And while homeschooling might not be the answer for every family, it’s certainly been successful for millions of well-educated homeschoolers already.  It’s time to actively support and encourage this option, rather than denigrate it.

As President Trump is wont to say, what do we have to lose?