Is This What They Mean by “Socialization”? 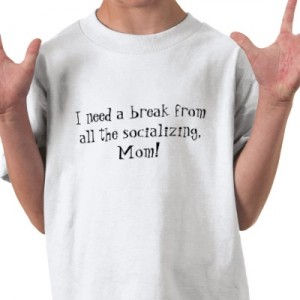 I always get a kick out of folks who criticize homeschooling because the homeschool kids supposedly don’t get the same level of “socialization” as kids in our public schools.

“Teacher Mark Berndt is accused of taping his students’ mouths shut, blindfolding them and placing a giant cockroach on their faces. . . . Berndt was arrested Monday on felony charges of committing lewd acts on 23 boys and girls, ages 6 to 10…”

That’s from an AP story today which goes on to note that another Los Angeles public school teacher – working at the SAME SCHOOL as Berndt – was arrested on Friday “for investigation of lewd acts on two girls” who “were about 7 years old and said they were fondled in a classroom.”

And while we’re on the subject of the publik skools, I attended the GOP caucus meeting for my precinct this morning and looked around the room at all the posters and stickers plastered on the walls. Talk about Liberalville, USA. It was completely and totally obnoxious. Racism, feminism, gay rights, environmentalism, anti-bullyism, you name it – all four walls; ceiling to floor.

Hey, but at least the kids are getting “socialized,” right?