Is a Race-hustling, Tax-dodging, Serial Criminal What Nevadans Want for Their Top Cop? 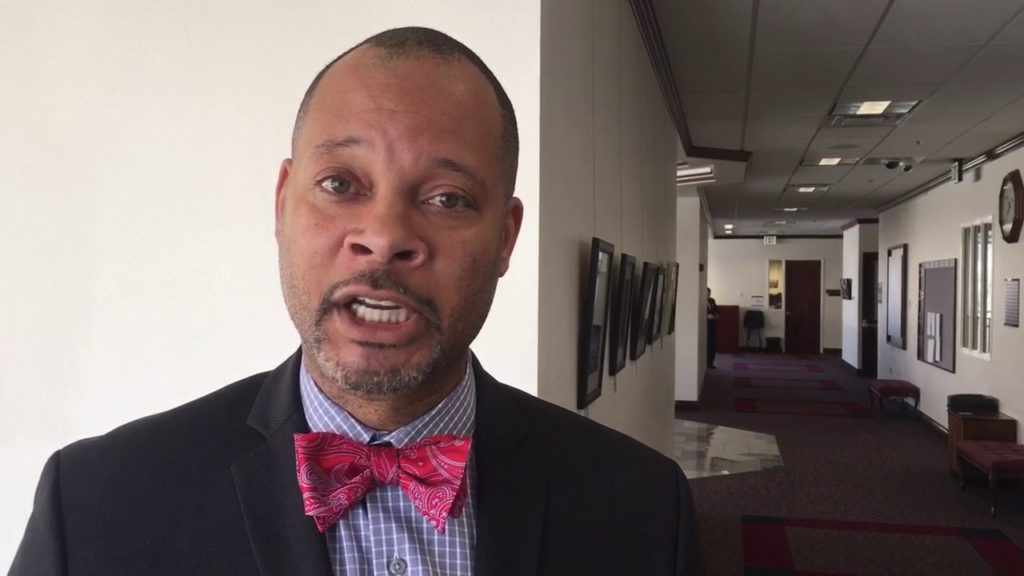 (Chuck Muth) – Let’s face it, many low-information voters have no idea what the job of “Attorney General” is.  To make it simple:  The AG is the state’s top law enforcement officer.

And as such, recent revelations – broken in an exclusive TV interview by journalist Steve Sebelius on Friday – that Democrat state senator and AG candidate Aaron Ford is a serial criminal should disqualify him once and for all for the job.

According to media reports, during his college years at Texas A&M, Ford was…

True.  For example, many choose to major in liberal arts courses – think, “Women’s Studies” – that do absolutely nothing to prepare them to get a job in the real world.

But few include among their “bad decisions” criminal acts that get them busted not once, not twice, not three times, but FOUR times.  That’s an average of getting hauled off to the hoosegow once every school year!

How many other “college kids” can boast of such a record?

“My time at Texas A&M was a growth period for me,” Ford dissembled in his interview. “It was a transition from being a boy to a young adult.”

And one can’t help but ask: If Ford was caught four times, how many times did he get away with something and NOT get caught?  Inquiring minds wanna know.

Now, it’s one thing to break the law.  It’s another altogether to blow off court appearances to suffer the consequences for your actions.  Ford apparently believed he was above the law and simply thumbed his nose at it.

Not exactly the kind of quality one usually looks for in a state’s top law enforcement officer.

But that’s not all…

Earlier this week we also learned that Sen. Ford failed to pay his taxes…even as he was voting to raise taxes on everyone else!

In an effort to excuse his failure to pay his taxes, the Ford campaign issued this mealy-mouthed statement…

“The recession hit every Nevada family hard, and Aaron’s was no exception. Like many families, Aaron’s had to take a pay cut. And then, one of his sons started college, and later, another was hospitalized. Ford’s family fought through the recession, and though, they paid taxes every year, not enough was taken out of his paycheck.”

Ah, yes.  Blame-shifting.  It wasn’t his fault, you see.  It was someone ELSE’S fault because THEY failed to take enough out of his paycheck.  Sheesh.

Indeed, many Nevada families were hit hard during the Obama Recession years.  Indeed, many families had to take a pay cut.

But those families buckled down and struggled to get themselves out of the hole. They didn’t blow off their debts to take four months off every legislative session to play politics and hobnob with lobbyists in Carson City.

The fact is Aaron Ford put his political ambitions ahead of his family responsibilities.  Not exactly the kind of quality one usually looks for in a state’s top law enforcement officer.

Ford is also a world-class race-hustler.  Indeed, no one should be surprised if Ford eventually blames his multiple run-ins with the law and the IRS on the fact that he’s black.

For example, back in December 2015 Ford linked via social media to a column published by the Huffington Post titled, “27 Things Every Black Person Must Learn Before Age 12.”

“Fanning racial flames,” I wrote at the time, “the column outlines ‘lessons’ designed clearly to instill in the minds of young black men a victim mentality that includes the notion that every white cop wakes up every morning with one goal in mind: To shoot and kill a young black man.”

While Aaron Ford wants us to overlook his “youthful indiscretions” as not indicative of the man he is today, we can’t.  He continues to have a disdain for the law – including laws he himself has voted for as a Carson City politician – and law enforcement officers.

This also explains why he fought tooth and nail to pass a bill in the last session to allow felons to vote in our elections.  Criminals, apparently, are the constituency he most relates to, and in Aaron Ford’s mind actions should not have consequences.

It’ll be quite interesting to see if Nevada voters decide in November that a race-hustling, tax-dodging, serial criminal is the quality they’re looking for in the state’s top law enforcement officer.