In Defense of Ruben Kihuen? Yes… 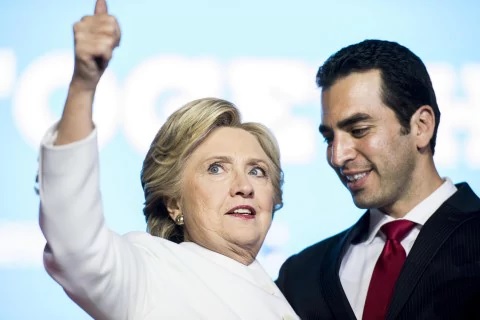 I almost can’t believe I’m writing this, however…

Make no mistake.  Rep. Ruben Kihuen (D-NV) is the very definition of “empty suit.”  He got where he is in Congress today with good looks, Hispanic heritage and the blessing of Harry Reid, the Democrat Party’s godfather.

He has zero legislative achievements that are his own, is an unreconstituted liberal, and has difficulty answering even the simplest of questions, such as, “Do you want fries with that?”

“According to a former campaign worker, ‘Samantha,’ Rep. Kihuen asked her out on dates and might have made a pass at her, causing her to feel ‘uncomfortable.’  There is no accusation of sexual assault, no allegation of coercion or threats, no secret button locking victims in an office and no exposure — in fact, nothing much more than a single young man flirting with a young woman he found attractive. None of us really knows the details without corroboration. But if that’s all there is, for goodness sake, let’s all grow up.

“Today we are told to consider any instance of a reportedly uncomfortable or awkward encounter as grounds for a career-ending public shaming of the ‘offender.’  Let me say from experience, far worse things happen in the workplace than asking someone for a date or making a sexual flirtation. Sure, it’s sometimes inappropriate, but is it worthy of such exaggerated reactions? This case is not rape, sexual assault or intimidation a la Harvey Weinstein, Matt Lauer and other such monsters. If it were, I’d applaud Rep. Kihuen’s ever-so-sanctimonious Democrat colleagues suddenly calling for his head.

“I’d love to see Rep. Kihuen lose his congressional seat at the polls, but not because of an unsubstantiated accusation as minor as this one. Have we taken leave of our collective senses?”

I’m with Ellen.  I’d love to see Rubey defeated…at the polls.  Criminalizing “flirtation” and trying the accused in the press under the un-American legal theory of “guilty until proven innocent” is a very dangerous direction for our society to go in.

Rubey is, in fact, a “nothing burger.”  And yes, after Democrats went after Alabama GOP Senate candidate Roy Moore a few weeks ago over unsubstantiated allegations made against him from 40 years ago, Rubey’s being hoisted on his party’s own petard.  What’s sauce for the goose and all that.

That said, the sharks are circling.  I’m hearing that allies of Steven Horsford – another under-achiever promoted by the Democrats’ identity politics/affirmative action policies who held the CD4 seat before Rubey – are reaching out for support of a comeback campaign.

Kihuen is toast.  The only question is whether the end of his political career will be slightly browned or burnt to a crisp.  Rightly or wrongly considering the circumstances, this is dead candidate walking.  (And no, morons, that’s not an actual “death treat.”)