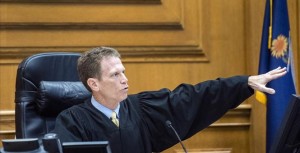 A “witch hunt” is generally considered a waste of time because there’s no such thing as witches (no mother-in-law jokes, please).

But, just as it’s not paranoia when they’re really out to get you, a “witch hunt” would be an actual witch hunt if there’s really a witch to hunt. Ditto hunting “patent trolls” today.

And as a bona fide, card-carrying, 007 Patent Troll Hunter, I have to take issue with my conservative colleague, Seton Motley of Less Government, who recently accused patent troll hunters of suffering from an “obsessive fetish” with patent trolls.

“Just say ‘patent troll’ in front of any member of this tiny cohort,” Seton suggested, “and watch them freak out.”

Seton maintains that patent holders who file lawsuits are just “trying to protect their private property from unauthorized use by someone who doesn’t want to pay to use it.”

He adds: “Is someone who owns a house and calls the police to roust squatters a ‘property troll’? Is someone who reports their car stolen an ‘automobile troll’?”

Clever questions…but completely beside the point.

If you’re defending a legitimate patent, no problemo. But that’s not what we’re talking about here.

What we’re talking about are extremely questionable patents and a shakedown scam whereby the “mark” ends up paying a comparatively “reasonable” extortion/licensing fee demand rather than risk the exorbitant cost of defending themselves in court. When the average cost to defend a patent troll at trial exceeds $1 million, most decide to settle, meaning the validity of the patent remains unquestioned and the troll is free to move on to their next victim.

Defense attorneys who represent people with legitimate injuries are one thing, as are holders of legitimate patents that are truly being infringed.

“Ambulance chasers” who slap neck braces on people involved in minor fender benders and then sue for trumped up major pain-and-suffering damages hoping the insurance company will settle is another thing altogether. And that is what overzealous trial attorneys who exploit the system defending patent trolls do – so it’s no wonder they are one of the primary opponents to meaningful patent reform.

Conservatives have been fighting for legal reforms to rein in sue-or-settle scams by unscrupulous slip-and-spill personal injury attorneys for decades, and patent trolls are nothing more than high-tech, modern-day versions of this scourge. Congress is mulling reforms to stop such litigation abuses, including venue reform, loser pays, ending discovery abuses, and making trolls actually explain their claims specifically and in detail – and swift action is greatly needed.

It’s not the reformers, now, who are freaking out. It’s defenders of the status quo who are having a cow.

Property rights, including intellectual property rights, deserve protection. But so, too, do innovators who are being shaken down by patent trolls and their sleazy settle-or-sue attorneys who are getting rich by bankrupting innocent businessmen.

Congress can and should find a way to protect both. And soon.

This column was originally published at TownHall.com on November 13, 2013.