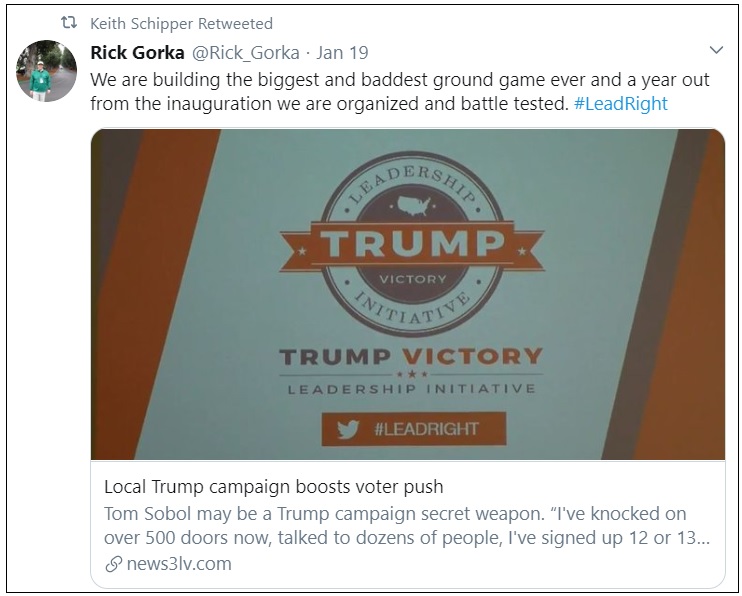 (Chuck Muth) – Way back in the “old days” – I’m talking early 1995 – Dan Burdish, my partner in political crime, and I launched a completely different kind of voter registration program for the Nevada Republican Party that did NOT consist of walking door-to-door or standing out in front of the DMV and grocery stores.

Dan and I were the party’s Executive Directors and used what was, at the time, some new high-tech targeting and data processing systems, along with a never-tried-before phone/mail combo communications program.

We also contracted with a firm out of San Diego to handle the outreach calls that hired mostly bi-lingual operators who spoke English AND Spanish.  That was 25 years ago – long before many of today’s johnny-come-lately Republican operatives “discovered” Hispanic voters.

Anyway, while starting my spring cleaning early this week, I stumbled across an April 4, 1995 memo Dan and I sent to then-Chairman John Mason – who had the foresight to take a chance on our program and green-lighted it – detailing the results of the program’s three-month test.

Armed with not only the new technology but a VERY strong message for the time, we converted a high percentage of those we contacted into new GOP voters.

In fact, the program was so successful that the Clark County Registrar of Voters at the time, Katherine Ferguson, initially threatened to sue us to stop the program – only to back off when she discovered we weren’t doing anything unlawful; just new and effective.

So we kept the program going.  And by the fall of that year the Republican Party became the MAJORITY party in Nevada for the first time since the Depression.

That registration advantage for the GOP held up until 2007.  But it’s been all downhill since.

Despite the Nevada GOP’s incessant chest-thumping about its door-knocking/voter registering machine this cycle, Republicans fell even further behind as we entered 2020, with Democrats now outnumbering Republicans by 83,270 voters!

Yet major donors in Nevada keep funding this failure.

Look, Dan and I know EXACTLY how to fix this problem and reverse these numbers WITHOUT wasting time, energy and money going door-to-door or standing in front of grocery stores as if this were still the 1970’s.

We’ve done it before and could do it again.  Guaranteed.  As John Wayne put it in Chisum, “All it takes is money.”