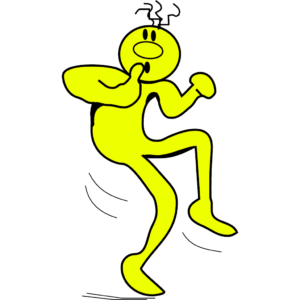 The tax-hikers among us are as unscrupulous as they are relentless.  At issue this time in Nevada are a pair of cunningly wily bills: Senate Bill 149 and Assembly Bill 375.  But before talking about these scams, everyone needs to understand something about how Nevada’s government is set up.

The various counties and cities do NOT have “home rule.”  Which means they can’t raise taxes on you and me on their own.  While I might think they should have that authority – government closest to the people and all – they don’t.

Only the Nevada Legislature can raise taxes.  So legislators should either change the “home rule” law or follow it – not try to get around it.

Secondly, efforts to RESTRAIN taxes over the years have had no chance of passing in the Legislature.  So conservatives have been forced to go out and collect signatures – a very expensive and time-consuming process – in order to put tax restraint measures on the ballot.

That includes the Gibbons Tax Restraint Initiative which constitutionally requires a 2/3 super-majority vote of the Legislature to raise taxes and was approved TWICE by Nevada voters.

Legislators are trying to pass AB 375 for Washoe and SB 149 for Clark – which ENABLE an UNELECTED committee in those counties to recommend tax hikes and allow the county commissioners to then place those tax hikes on the ballot without gathering signatures the way we citizens are required to do.

Now, it doesn’t surprise me that non-Pledge signers, such as RINO (Republican in Name Only) Minority Leader Paul Anderson, co-Ass. Minority Leader James “The Big Selloutski” Oscarson and weasel Assemblyman Chris “Let’s Make a Deal” Edwards voted for this effort to circumvent and undermine the 2/3 super-majority law.

But Assembly Pledge signers Jim Wheeler, Lisa Krasner and Al Kramer also voted for the bill and broke their commitment to the taxpayers of their districts and the people of Nevada.

Krasner and Kramer are freshmen.  Hopefully, this one just got by them because the arm-twisting lobbyists and RINOs misled them and they won’t do it again.  But Wheeler’s a veteran.  And unfortunately, this isn’t the first time he’s broken his word to his constituents and people of Nevada.

How disappointing.  Especially for someone who won his two toughest races against non-Pledge signers based primarily on his signing of the Tax Pledge and his stated opposition to raising taxes.

But I guess once you go “native” and drink the Kool-Aid for power, the only thing that matters is political expediency, not your word.  So sad.