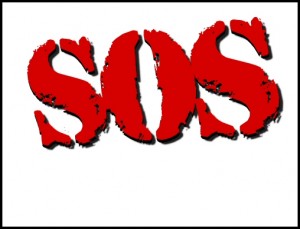 If elected officials really want to stimulate the economy and create jobs, there’s only one, proven way to do it: Get government out of the way. Now, would somebody please pass that memo along to Nevada Secretary of State Ross Miller?

Actually, somebody has….in the form of a lawsuit.

Miller is on a jihad against small, home-based businesses. You know, the kinds of businesses that start in somebody’s garage. Like that little company Steve Jobs created in 1975 called “Apple.” How many people does that company employ today? Hmm, let me look that up on my iPhone. I’m pretty sure there’s an app for that.

Jobs and Apple are textbook examples of the old saying “Mighty oaks from little acorns grow.” But if Miller has his way, many of those new acorns in Nevada could be crushed well before they have a chance to take root.

At issue is the Nevada business license fee. That’s the penalty entrepreneurs must pay for the “privilege” of choosing to operate a business in Nevada. The same fee that the Nevada Legislature, in its infinite (lack of) wisdom, doubled in 2009.

Doubling a government tax on business is apparently what politicians and bureaucrats think will “stimulate” job creation and an economic recovery….which tells you all you need to know about why Nevada continues to lead the nation in unemployment and why the state’s economy is still in the crapper. But I digress.

Nevada law – in an acknowledgement that small start-up businesses need all the help they can get – exempts home-based businesses from the state’s $200 per year fine…er, license fee…provided the business generates less than $27,000 worth of net income for the year.

But SoS Miller is now trying to impose new regulations unilaterally (“Stroke of the pen. Law of the land. Kinda cool!”) in which only a “natural person” would be eligible for the home-based business exemption. In other words, if the home-based Mary Kay or Amway rep wants to incorporate themselves for legal and tax purposes, they’d no longer be eligible for the exemption from the state’s license fee.

Yeah, that’s the ticket to stimulating the economy and creating jobs, Mr. Secretary!

Yeah, that’s the ticket to stimulating the economy and creating jobs, Mr. Secretary!

All of which has resulted in the Nevada Registered Agent Association filing a lawsuit against the Secretary of State in an effort to stop his overbearing regulatory overreach.

The complaint filed on November 8 alleges that Miller, in contravention of state law, has “interpreted the word ‘person’ to mean only a natural person who is a resident of Nevada and ‘home’ to mean a personal residence located only in the State of Nevada.”

It goes on to note that Miller “attempted to have enacted his wrongful interpretations of ‘person’ and ‘home’ under” NRS during the last legislative session, but was rebuffed. Now, the complaint alleges, Miller is trying to circumvent the Legislature by unilaterally imposing his interpretations through the Nevada Administrative Code.

When an elected official goes rogue and on a power trip like this, citizens need to stand up to him or her, and that’s exactly what this lawsuit is intended to do. Let’s hope our courts back us up.