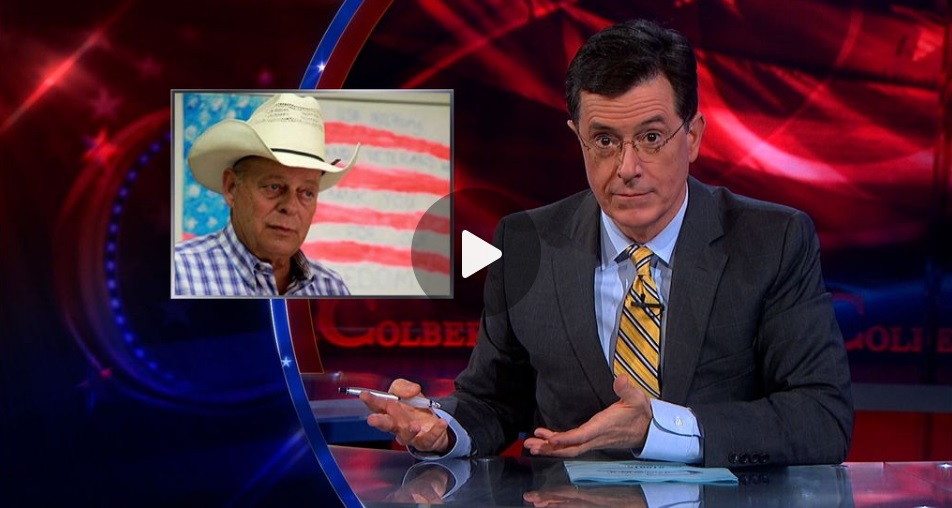 There’s an old saying that it’s better to keep your mouth shut and be thought a fool than open it and remove all doubt.

But Nevada Republican Assembly Minority Leader Jim Wheeler and several other Republicans in his caucus apparently have never heard that old saying.

As regular readers know, I’m a paid communications and strategy adviser to Dennis Hof, who in addition to owning the Moonlite Bunny ranch and five other LEGAL brothels in Nevada is also now the Republican nominee for Assembly District 36 after bagging one of the biggest RINO’s (Republican in Name Only) in the Nevada Legislature last Tuesday.

Hof beat three-term tax-hiking incumbent Assemblyman James “The Big Selloutski” Oscarson in the June 12 GOP primary despite the fact that Oscarson is (was) the Assembly Assistant (Ass./Ass. for short) Minority Leader under Dear Leader Wheeler-Dealer…

And despite having more than a half-million dollars spent against him over the last two years in a pair of brutally negative campaigns that accused Hof of every despicable thing under the sun short of kicking puppies.

Hof’s victory was the biggest upset of the day.  Almost no one – except those of us close to the campaign – thought a brothel owner had a shot in Hades of knocking off The Big Selloutski.  But he did.  And it wasn’t even close.  So naturally the media from coast-to-coast was all over the story of the “pimp” winning the primary.

Which scared the living bejeepers out of Nervous Nellie GOP candidates and elected officials in Nevada up and down the ballot, who started early in the morning after the election throwing Hof under the bus by announcing they would not support him in the general election.

Sandoval, of course, is the author of the largest tax hike in Nevada history (and is getting divorced in the midst of extra-marital affair rumors), and Heller is responsible for killing efforts to repeal ObamaCare last year.

Also joining the Never Hof Gang this week was Nevada State Sen. Michael Roberson, the GOP’s candidate for lieutenant governor who ram-rodded Sandoval’s tax hike through the Legislature in 2015.

Yes, by all means, let’s let “Tax Hike Mike” determine for us who a “good” Republican is and isn’t.

But the worst, and most foolish, Republican to join the Never Hof Gang is Wheeler-Dealer.

As head of the GOP Ass. Caucus, Wheeler should have just kept his trap shut.

Hof won the AD-36 race fair and square even though the caucus was 1,000 percent behind Oscarson.  This bonehead should have simply respected the decision of the voters of that district and either come out in support of the Republican primary winner or say nothing.

Instead, Wheeler-Dealer convened an emergency conference call with panicked members of the Coward Caucus last Thursday night and approved a press statement announcing that the Republican caucus officially “does not endorse or support any candidate in Assembly District 36.”

Ran for the hills like scalded dogs, they did.

In response to the caucus announcement, Hof blistered the Coward Caucus with the following statement on Friday…

“I neither asked for nor expected the caucus endorsement.  In fact, I’m absolutely thrilled NOT to get their support.

“The Assembly Republican Caucus has been so inept for so long that it’s only been able to win the majority once in the last 33 years.  And the one time they did win the majority in 2015 they screwed it up by passing the largest tax hike in Nevada history.

“In addition, these people have chosen as their leader a man who once actually said he’d vote to bring back slavery if that’s what his constituents wanted.  The same man, by the way, who urged me to run against Assemblyman Oscarson in the first place.

“Thank goodness I now can’t be tied to this group of political incompetence.  It would hurt my reputation!

“The Assembly Republican Caucus actively and aggressively worked against me in the primary.  As usual, they lost.  And they’re going to lose again in the general election because I have what they don’t: The support of the voters of Assembly District 36.

“And after I win in November, if the caucus members won’t let me join in their ‘reindeer games,’ fine.  I’ll just form my own Lone Wolf Caucus and work with individual legislators from both sides of the aisle on issues of mutual agreement.

“And I guarantee our meetings will be a heckuva lot more fun than theirs!”

Now, the “leader” Hof referenced is Wheeler-Dealer.  And if you’re not familiar with how Wheeler-Dealer embarrassed himself and made Nevada a national laughingstock back in 2013 here’s the full story.

Wheeler-Dealer was running for the State Assembly in District 39 in Douglas County in 2010 and said some dumb, ill-informed things, which I called him out on in a column published on June 3rd…

I missed this when it came out last March, but before voters in Douglas County go to the polls on Tuesday, consider this little item about an assembly candidate for District 39:

“(Jim) Wheeler, a businessman, said he decided to run because he’s tired of citizens complaining without taking action. . . . What matters most, Wheeler said, is the opinions of the citizens of the 39th district.  ‘It’s their views that count, not mine,’ he said. ‘I have no political agenda.’”

What?  He has no political agenda?  Then why in the world is he running for POLITICAL OFFICE?  And if “what matters most” is the opinions of the citizens of his district – as opposed to, you know, that Constitution thingy – what if those citizens decided they wanted to, say, bring back slavery?  Hey, if it’s what the citizens want, right Jim?

Well, a couple years later in 2013 – rather than taking the admonition to heart – this clod doubled down on it in a talk at a Republican meeting in Virginia City that was captured on video; telling the crowd how he responded to my criticism…

“So I wrote him a letter back and I said, ‘Yeah, I would if that’s what they want.’”

Folks, I couldn’t make this up.  As unbelievable as it is to think somebody would be stupid enough to say something this dumb in public…he did!

But don’t take my word for it.  Stephen Colbert, at the time the host of the Daily Show on Comedy Central, did an entire 4-minute bit ridiculing this guy, which included the video showing that Wheeler-Dealer did, in fact, say exactly what he said.

Of course, Colbert wasn’t the only one to rip Wheeler-Dealer for his foot-in-mouth disease.  It was a national story that gave Nevada a big black eye.  Thanks, Jim.

But rather than shun Wheeler-Dealer, the Republican Assembly Caucus promoted him!

In fact, shamefully, the Republican caucus selected Wheeler-Dealer to be their new Supreme Leader last summer after former Supreme Leader Paul Anderson left the post under a cloud of scandal rumors about an extra-marital affair he allegedly was having with one of his legislative secretaries

Ah, yes.  The caucus of values and virtues.

Oh, and here’s a little more detail about Hof’s reference on why he ended up running against Oscarson…

Hof first began exploring a run for the Legislature back in 2015 out of anger over Republicans socking us with the largest tax hike in state history.  And because one of his residences and a number of his businesses are in Assembly District 39, he initially mulled a run against Wheeler-Dealer.

When Wheeler-Dealer heard about the possible challenge he almost wet himself.  So he went to Hof and begged him to run against Oscarson in District 36 instead!

So Wheeler-Dealer recruited Hof to run against his second banana in the GOP primary.  Hof did.  Hof then beat Oscarson last Tuesday.  Then Wheeler-Dealer announced on Thursday he wouldn’t support Hof in the general election.

Folks, don’t EVER get caught in a foxhole with Jim Wheeler!

Oh, and just to add a heaping helping of hypocrisy to Wheeler-Dealer’s position that a legal brothel owner isn’t acceptable as a member of his club – that sure didn’t stop him from taking money from such a “disreputable” individual.

Indeed, if you check Wheeler-Dealer’s campaign finance reports, you’ll see that he happily cashed a $1,000 contribution check from Lance Gillman, owner of the Mustang Ranch brothel!

Now, to be clear, not every member of the Republican Ass. Caucus voted to throw Republican Hof under the bus and support the Democrat.  I’m reliably told the vote on the conference call was NOT unanimous.

“By committing this disgusting act the Republican Assembly Caucus has sent a clear message to fellow Republicans across Nevada that they are choosing a Democrat over a Republican to represent District 36 and do not care who the PEOPLE want to represent them.”

The fact is not a single member of the Coward Caucus or the Never Hof Gang lives in District 36.  Frankly, their opinions don’t mean squat.  Frankly, it’s none of their business.  Frankly, they should have just shut up and been thought fools.

Instead they opened their mouths and removed all doubt.

P.S.  Republican Assembly District 22 candidate Melissa Hardy thought it was a good idea to join the Never Hof Gang and throw her two cents in on the District 36 race…

“I support the ‪@NVGOPAssembly’s decision to not endorse in #AD36. As a wife, mother, and as a women, l can’t in good conscience support anyone that doesn’t share my values & belief system. #EnoughIsEnough”

Considering the ongoing whirlwind of scandal rumors about an extra-marital affair involving one of her daughters and the above-mentioned former Ass. Caucus Leader Anderson, one has to wonder exactly what “values and belief system” she’s talking about.

One also has to wonder whether Mrs. Hardy has ever heard the old saying about people who live in glass houses.