Here’s Your Golden Opportunity to Help “Bag a RINO” in Nevada! 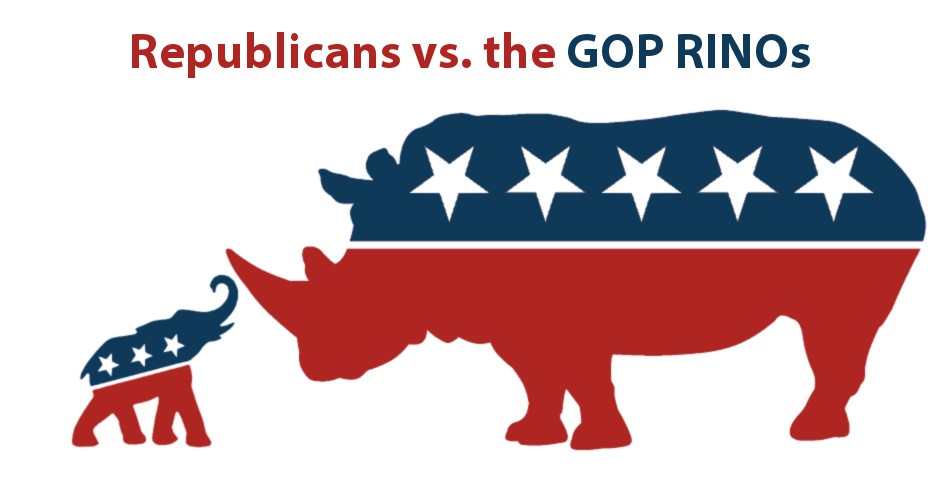 (Chuck Muth) – Richard Viguerie, the “Funding Father” of the conservative movement, wrote an excellent book in 2014 titled, “TAKEOVER: The 100 Year War for the Soul of the GOP and How Conservatives Can Finally Win It.”

Here’s an excerpt from Chapter 21…

“Why do I keep repeating, ‘It’s the primaries, stupid!’?  Simple, because for more than a hundred years, we conservatives have had our political guns trained on the wrong target.  We’ve been focused on defeating the liberal, big-government Democrats, when the first, and most important, roadblock to our goal of governing according to conservative principles is the progressive, big-government Republicans.”

There’s lots for conservatives not to like about Assemblyman Edwards, but here are the three biggies…

1.)  He regularly sides with the big-government establishment Republicans, in both floor votes and leadership elections

Edwards is so hostile to conservative Republicans that he actually “wore a wire” during the 2015 session in an effort to entrap his conservative colleagues after he falsely accused them of trying to “extort” him in a leadership election.

The Most Conservative Candidate Who Can Win

Mr. Viguerie went on to note in “TAKEOVER” that one of the arguments by the Republican establishment against nominating a conservative candidate in the GOP primary is the perceived difficulty the conservative would have winning the general election.

That’s not a concern in this race!

No Democrat or third-party candidate filed, so whichever candidate wins the primary automatically wins the seat.

There is no general election for this race.

In the final chapter of “TAKEOVER,” Richard outlines the “qualities to look for in a candidate,” including…

Annie’s certainly that.  She’s not only organized protest rallies against the governor’s shutdown order, but she kept holding them even after local officials threatened to have her cited.

B.)  Walks with conservatives.

And she would be more than just a dependable conservative vote.  Annie’s a “movement” conservative.  She DOES things to advance the conservative cause, not just talk about it.

How You Can Help Annie “Bag a RINO”

Annie raised sufficient funds to target “likely” GOP voters in her race.  However, thanks to COVID-19 the Secretary of State changed the primary to an all-mail election.

And in the first week after ballots went out, there was a 30% increase in ballots coming in from Republicans who have never voted in primaries before – “unlikely” voters.

So Annie needs to QUICKLY raise an additional $5,000 so she can immediately add another 2,500 “unlikely” voters to her mailing list.

This is a “perfect storm” race of exactly what Mr. Viguerie wrote about.  Annie’s credible, viable and in a great position to replace a big-government establishment Republican legislator with a conservative one.

She’s a Ferrari in the driveway; she just needs some more gas.

Checks can be mailed to the address below.  But since time is of the essence, if you can donate online through her website, that would be even better.

Thank you for your consideration.

P.S.  If you’re still not convinced that Chris Edwards is a real sleaze, read this…