(Chuck Muth) – The overwhelming majority of emails I’ve received from Nevada conservatives on Adam Laxalt’s campaign for U.S. Senate here in Nevada have been negative.

But one Laxalt backer wrote telling me I HAD to get behind Adam right now because he’s the only “viable candidate.”

First, if you don’t think Sam Brown is a “viable candidate,” then you obviously haven’t seen this interview he did this morning on FOX News (click here)… 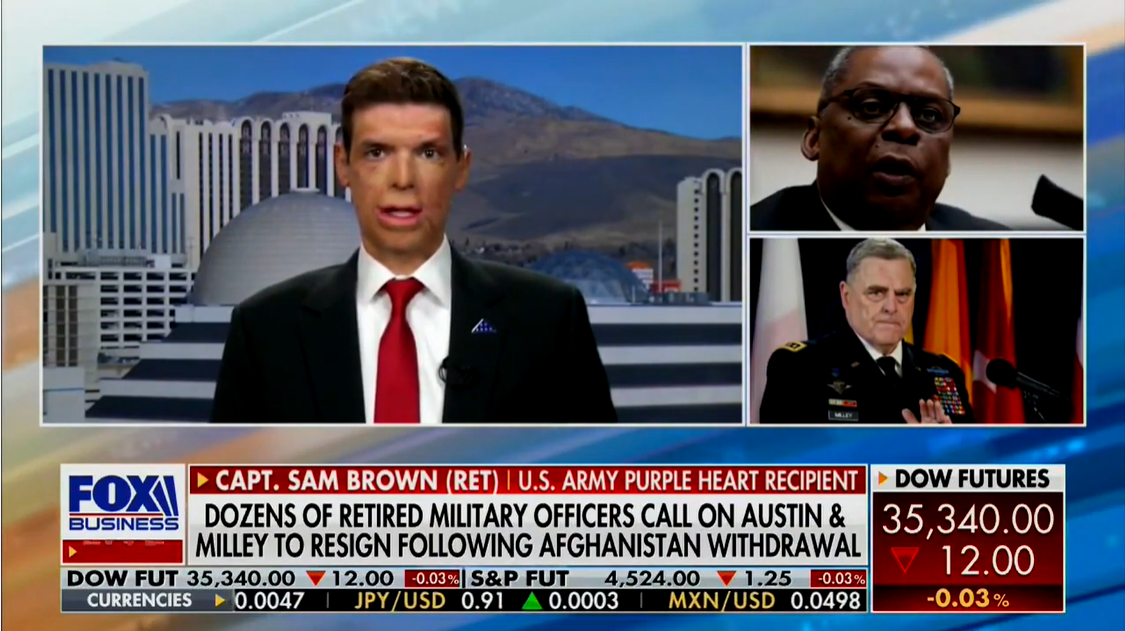 And there are other candidates in the race already.  And more who may toss their hat in the ring.  After all, filing isn’t until next March and the PRIMARY isn’t until next June.  As the say, an eternity in politics.

But to be clear, I’ve never said I wouldn’t support him in the general election if he does win the GOP primary.  Which is more than I can say for Adam.

As you may recall, I managed the campaign of late Assemblyman Dennis Hof in 2018 – the same year Adam was running for governor.

And the very next morning after Dennis won the primary, conservative talk-show host Kevin Wall asked him: “Do you support Dennis Hof?”

Adam’s response: “I can’t support him in the upcoming general election.”

He later told the Reno Gazette-Journal: “I don’t plan on campaigning with (Hof) or endorsing him and that’s it.”

I miss Dennis.  That man could turn a lemon into lemonade quicker than Samantha Stevens could turn Darrin into a frog (ask you grandma).  So here’s a funny story some of you might remember…

After then-Sen. Dean “Never Trump” Heller joined Adam in throwing Dennis under the bus later that morning – also announcing that he wasn’t supporting the Republican nominee elected by the Republican voters of District 36 – Dennis turned the tables on both of them.

He had his graphic designer design a giant billboard that read: “The Winning Team! Laxalt * HOF * Heller.”

“I’m going to be above these guys even though they’re not supporting me,” Hof told reporter Michelle Rindels.  “I’m a good team player.”

So even though Laxalt and Heller turned their backs on Dennis, Dennis made it look like all three were a “team.”  Hilarious.  And brilliant.

And for those just joining us, Dennis – unlike Laxalt and Heller – went on to win the general election in a landslide despite passing away three weeks before Election Day!

To wrap up, the “Laxalt Laxative” emails keep coming in from Nevada conservatives who don’t exactly have a tingle running up their leg over Adam’s U.S. Senate bid.  More samples…

“When Trump said he wanted to bring the troops home I don’t think he intended for Biden to bring them home in coffins.” – Ian Miles Cheong

“During his speech, Biden never named any of the U.S. military members who were killed due to his incompetence. But he did make time to namecheck his one kid who didn’t end up a corrupt crackhead.” – Sean Davis

“Kinda funny that we all collectively realize we don’t have an actual POTUS. Even Democrats know he’s not in charge. Just propped up dementia patient. Shouldn’t laugh as it’s elder abuse. The absurdity can’t be overstated.”- @Cernovich

“Biden says he takes responsibility after he blamed everyone else for the mess that he created.” – Ryan Saavedra

“Biden says ‘I made the decision to end this war.’ No he didn’t. He FUBAR’d a pre-existing withdraw plan by ignoring military counsel and screwing around with the date for a 9/11 optic.” – Dana Loesch

“Jen Psaki was asked at the WH briefing today about why Pres. Biden repeatedly looked at his watch during the dignified transfer. She never answered the question.” – Ari Fleischer