The recall of Assembly Speaker-of-the-Weak John Hambrick (R-Promise Breaker) was officially launched on Friday the 13th.  Las Vegas Review-Journal reporter Ben Botkin was on hand for the filing…

“Residents within Hambrick’s district are putting muscle toward the effort,” Botkin reported. “A.J. Maimbourg said that 60 volunteers have signed on to help with the effort and that phone calls to registered voters will start today. When voters agree to sign, volunteers will drive over to collect the signatures.”

Botkin’s story can be accessed by clicking here

“Centrist Republicans – Hambrick among them – and Democrats are supporting the governor’s plan and weighing other options for revenue increases,” Roerink reported.  “Hambrick has signaled that he will be in lockstep with Sandoval this session. Far-right conservatives in his district say Hambrick hoodwinked them.”

That pretty much sums up the situation quite nicely – though I would argue that we are mainstream conservatives, not “far-right.”  Read the full article by clicking here

Also, a good conservative who is quite tee’d off over the governor’s Billion Dollar Tax Hike and Mr. Hambrick’s refusal to fight it on our behalf donated $1,000 to the Recall Hambrick PAC on Saturday night!

But here’s even better news…

The same gentleman sent me an email this morning and offered to match any additional donations the PAC receives between the time this newsletter hits your inbox and midnight tomorrow night (Monday, February 16).

This is a great opportunity to DOUBLE your financial support for this important cause.

So break out those wallets and CLICK HERE right now! 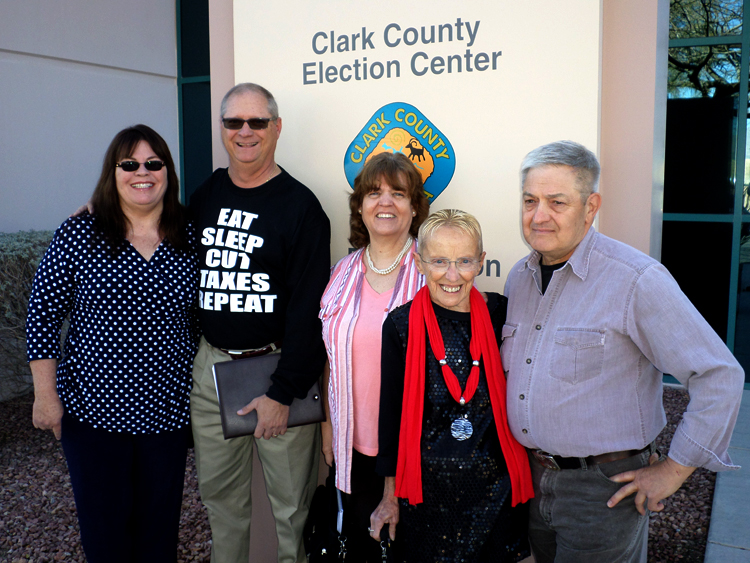