GOP’s Hickey Must Go, but Not for the Obvious Reason 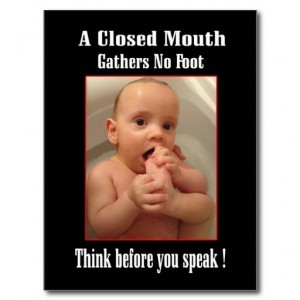 Assembly Minority Leader Pat Hickey (Reno-RINO) recently opened his mouth, removed his socks, stuck one foot inside, wriggled around his toes, rinsed and repeated. But that’s not the reason he should resign his leadership position.

In a recent radio interview Hickey said the 2014 election cycle holds out promise for Republicans because “a lot of minorities…will not turn out.” He then attempted “damage control” in a follow-up television interview in which he further embarrassed himself and the Republican Party with a smart-aleck comment about having “a yellow wife and kids with olive-colored skin.”

“As a black Republican, I find Pat Hickey’s comment disappointing and sadly out of touch,” said As Niger Innis, president of the Congress of Racial Equality in North Las Vegas. “Thanks for nothing, Assemblyman.”

Thanks for nothing, indeed.

And they won’t, as Hickey predicted, go away in one or two news cycles. They’ll return like a bad case of herpes next fall when Republicans all over the state will have his “minorities” comment wrapped around their necks. Alas, this “Macaca Moment” is only the latest and least of his failings.

In the 2012 election cycle, Hickey failed to pick up any net seats for his caucus despite at least three solid opportunities – including one in his own Reno back yard where a highly-touted “minority” candidate ran in the only district with a Republican majority that is currently represented by a Democrat.

He then went into the 2013 legislative session with absolutely no agenda whatsoever and refused to contest the seating of a Democrat assemblyman who had been ruled by a judge to be ineligible for failing to live in the district where he ran.

Hickey has discouraged candidates from signing the Taxpayer Protection Pledge while leading his caucus in voting for a second extension of the $620 million worth of “temporary” taxes, as well for the Kirner Tax in Washoe County and the misleadingly named More Cops tax in Clark County. He handed these tax hikes to the Democrats on a silver platter while not even getting table scraps in return.

And not only did the Minority “Leader” barely utter a peep when Democrats again killed the “campus carry” bill without even a vote, he also oversaw the embarrassment of Republicans in his house killing the “parent trigger” bill; the only worthwhile education reform bill with a chance this last session.

And there’s plenty more, but space here is limited.

If Republicans keep Pat Hickey in his leadership position, they truly are stuck on stupid.