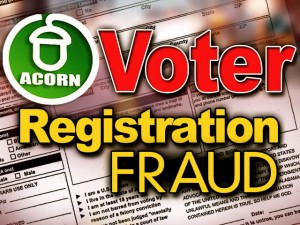 There is an ongoing internal brouhaha over the Nevada Republican Party’s proposal to allow same-day voter registration so that non-Republicans can show up at the GOP presidential caucus in February, register or change their voter registration, and vote.

That plan, approved by the party’s Executive Committee last July, has now been abandoned – at least temporarily – until the party’s full Central Committee can debate and vote on it at their next scheduled meeting in Las Vegas on October 22. Some thoughts…

1.) Yes, Nevada Democrats used same-day registration in 2008 to great effect in boosting their registration lead over Republicans; however, I have yet to see (a) how many new Democrats they registered leading up to and following their caucus that year and (b) how many actually registered ON THAT DAY. Those are the figures GOP party activists should be provided in order to objectively weigh whether or not this proposal is worthwhile.

SIDENOTE: According to the Secretary of State’s website, the Democrats registered 10,000 new voters during the month of the caucus, and 27,000 new voters the month after the caucus. The anomaly would appear to have to do with the use of motor-voter registration forms rather than official voting registrar sign-ups.

But that means thousands and thousands of people who were not technically registered to vote as Democrats voted in the Democrat caucus. Which raises the question: Why even bother forcing people to register at all? Why not just let any Nevada resident – registered or unregistered; Democrat or Republican or third party – show up and participate?

2.) Republicans in Nevada have enough trouble organizing a picnic let alone organizing a coordinated effort to get GOP activists to re-register as a Democrat for one day and then change their registration back the next. The threat of Nevada Republicans pulling off such an effort to skew the Democrats’ caucus in order to assist the presumed weakest presidential candidate falls somewhere between zero and none.

However, the well-oiled political machines of the SEIU, the AFL-CIO, the NSEA and all the other alphabet-soup labor unions are MORE than capable of organizing such an effort to muck up the GOP caucus. Remember, it’s not paranoia when they’re really out to get you!

3.) While it is certainly true that this change would be for the GOP’s presidential caucus only – and that the GOP has the right to set its own rules for caucuses it’s paying for – it sets a dangerous precedent and will leave the party open to legitimate charges of hypocrisy when Democrats come back in the 2013 Legislature with a proposal to allow same-day registration in regular elections…an absolutely horrible idea, fraught with great potential for voter fraud and other shenanigans.

4.) Voter registration numbers are almost meaningless anyway. The party’s real focus should be on developing a winning message and organizing a world-class get-out-the-vote effort instead.

Remember, a Republican won that special congressional election in New York a couple weeks ago in which the Democrats enjoyed a 3-1 registration advantage. So wiping out the Democrats’ voter registration edge in Nevada is more about simple bragging rights than anything of value or substance.

My advice to Republicans would be to not wait until the scheduled caucus in February to persuade non-Republicans to change their affiliation. Instead, get on it RIGHT NOW and get those folks to change by the end of the year.