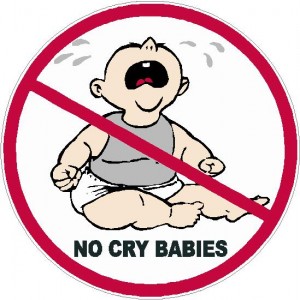 It was ten years ago that I testified, for my first and only time, before a government legislative body – the United States Senate Subcommittee on the Constitution. It was surreal.

Up on the dais, on my side of the issue, were some of the most liberal elected officials in all the land, including the late Sen. Ted Kennedy, then-Sen. Joe Biden, Sen. Diane Feinstein, Sen. Chuck Schumer and Sen. Russ Feingold. The issue was gay marriage.  I was arguing against the proposed Federal Marriage Amendment.

It was obvious to me that the concept of equal protection under law would eventually end the practice of government extending special benefits to married couples while denying certain individuals the right to marry the adult person of their choice. This was no longer a religious issue, thanks to foolishly allowing the government into the institution of marriage in the first place.

The way we’ve now foolishly allowed the government into our health care system. But I digress.

The point is I’ve been a live-and-let-live libertarian on this issue for a long time. As such, I have a completely clear conscience in telling certain members of the gay community to stop being such intolerant crybabies!

Look, folks. You won.  You now have, or soon will have, the right to marry the person of your choice in every state, coast-to-coast.  But that doesn’t mean you have the right to force others who object to gay marriage to support the exercise of your right.

Indeed, as Kelsey Harkness reported last month in The Daily Signal, a bakery owner and his wife in Oregon are facing a whopping $150,000 “discrimination” fine after a crybaby lesbian couple filed a complaint simply because Melissa and Aaron Klein, owners of Sweet Cakes by Melissa, didn’t want to design their wedding cake (boo-hoo).

After the complaint was made public, the Kleins were subjected to “threats, vicious protests and boycotts.” One email the couple reportedly received read, “I hope your kids get really, really, sick.”  Another read, “Here’s hoping you go out of business, you bigot. Enjoy hell.”

For choosing not to bake a cake? Seriously?

The Kleins have already closed down their retail store and are now operating the business from home. They’re appealing the “discrimination” ruling.  If they lose, they’ll lose their business completely.  Bankruptcy.

This is not right. And the greater gay community itself needs to rise up against such intolerance.  Live and let live has to work both ways.