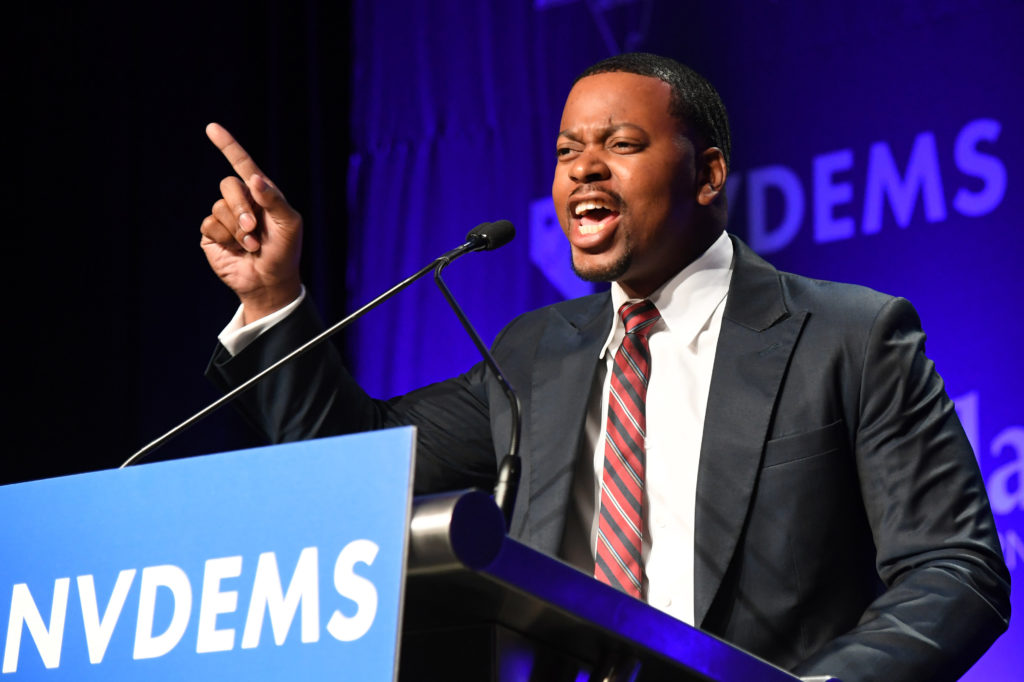 Fact is, it was the all-Democrat county commission that screwed the pooch by ordering its Registrar of Voters to mail ballots to “inactive” voters and securing polling locations that weren’t large enough to handle the influx of election day voters.

I can tell you one thing: If Deputy Secretary of State Wayne Thorley actually WAS in charge of running election day operations in Clark County, NONE of this would have happened.  Mr. Thorley may be the most competent government official in the entire state.

But back to Li’l Bill…

The Las Vegas Sun published an op-ed, likely ghost-written for the little race-hustler, this morning.

In it Li’l Bill blames President Trump for supposedly leaving “black communities to bear the brunt of a public health catastrophe and a cratering economy.”

He went on the say that Trump was “hurting black Nevadans” and “black families” who are suffering “daily anxiety over how to pay the rent and keep food on the table.”

First, it wasn’t President Trump who shut down Nevada and put everyone out of work.  It was Li’l Bill’s Democrat governor who caused all this unnecessary pain with the #SisolakShutdown.

Secondly, none of this is a “black” thing.  White families are suffering the same.  But race-hustlers never let an opportunity to race hustle slide by.

“A blind reliance on insufficient modeling has led some politicians to institute disastrous lockdowns that have jeopardized their people’s health and welfare, while creating conditions for a financial catastrophe that will cause untold burdens and costs on their people.”

* If it’s safe to riot and loot and shoot police officers in person, why isn’t it safe to vote in person?

* NASCAR has banned the Confederate flag at its races while permitting a “Black Lives Matter” car.  Yeah, that’ll certainly tamp down racial tensions.

“The media literally created the false narrative that police officers are killing unarmed black men in mass. The police fatally shot twice as many unarmed white people (19) than black (9) in 2019. Despite the facts, everyone just acts like it’s the truth. Do facts just not matter?” – Lisa Boothe