From the Sneaky Tricks Department 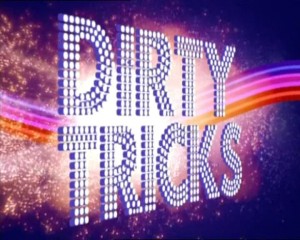 Word on the street is that Assembly Assistant Minority Leader Lynn “Bug Man” Stewart (R-Las Vegas) is planning to NOT run for re-election this year – which would be GREAT news for conservatives since Stewart has the worst, most-liberal voting record of any Republican in the state Assembly despite falsely running as a conservative year after year.

Rumors are also flying that Stewart is scheming to hand-pick his successor by filing for office, along with his chosen successor, and then withdrawing from the race on the last day of filing. This would likely keep any serious contenders for the seat from filing – as many potential GOP candidates won’t run against an incumbent Republican.

Which means after Stewart’s withdrawal, it’s likely his hand-picked successor would be the only candidate left in the race on the GOP side.

Now, if these rumors are not true, Assemblyman Stewart is free to provide a statement to that effect and I’ll be happy to publish it right here. However, absent any such definitive denial, I’d suggest that any Republican candidate mulling a run in Stewart’s district who does not want to run against Stewart himself bear the above in mind and start making contingency plans.