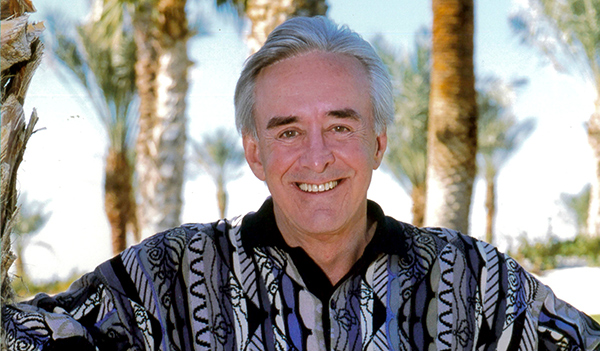 (Chuck Muth) – On Monday, David Ferrara of the Las Vegas Review-Journal reported that Sakai French had his bail reduced from $500,000 to $50,000 and released on “house arrest” because he has asthma and is supposedly “of high risk” of catching the coronavirus.

Helmick is accused of killing a teenager “on the campus of Canyon Springs High School” in Las Vegas in 2018.

In another case, Ivan Andrews, “charged with murder and attempted murder,” had his bail cut from $250,000 to $100,000…because “his father and girlfriend lost their jobs because of the (virus) outbreak” and couldn’t afford the higher bail.

What could possibly go wrong?  Oh, yeah, here’s what…

In New York, a man being held on a rape charge was released from Rickers Island over coronavirus concerns.  On Saturday, just over a week after release, he was arrested AGAIN for attempted rape and sexual assault of a 58-year-old woman in a school parking lot.

And two weeks ago a convicted murderer, who was also released from Rikers, “was back behind bars after allegedly trying to rob a bank in lower Manhattan.”

At the same time, lots of “white collar” criminals are also being released.

Anti-Trump lawyers Michael Cohen and Michael Avenatti have both been released from federal prison using the coronavirus excuse, as well as Las Vegas’ own former Senate Majority Leader Kelvin Atkinson, who was in the pokey for federal wire fraud.

Now, with all those examples in mind, can someone please explain to me why Billy Walters is still behind bars?

Walters was an extremely successful businessman and extremely generous philanthropist in Las Vegas before his conviction in the tainted FBI case.  In fact, it’s been estimated that he donated between $8-10 million to Opportunity Village, an organization that helps intellectually disabled persons, alone.

This is NOT a man who poses a danger to the community.  In fact, just the opposite.  Walters is EXACTLY kind of person Nevada will desperately need to help our economy recover from the #SisolakShutdown…if it ever ends.

Why are none of Las Vegas’ city fathers, many of whom were recipients of his generosity over many years, demanding his compassionate release, especially considering his age puts him in the “high risk” category for coronavirus?

* The leader of Iran’s Revolutionary Guard warned President Trump on last week that he’s “ordered his forces to potentially target the U.S. Navy” for attacks.  Iranian Gen. Qassem Soleimani could not be reached for comment.

* In a clearly political move, Nevada Gov. Steve Sisolak has hooked up with the liberal Democrat governors of California, Oregon, Washington and Colorado in a pact to coordinate state re-openings.  It’s clearly political because he chose not to team up with our neighboring states of Arizona and Utah which have GOP governors and are actively trying to re-open their states as quickly and safely as possible.

* The mayor of Grants, New Mexico has announced he will allow small businesses in his city to reopen this week in defiance of the governor’s order.  He also ordered local police officers “to prevent any State Police officers from issuing lockdown violation citations.”  Anderson Cooper could not be reached for comment.

* It seems far too few are as concerned about losing their God-given rights as enshrined in our Constitution.  Now we know why.   From a wire report last week: “The latest Nation’s Report Card shows eighth graders’ scores in U.S. history…have declined since 2014.”  Public schools are the problem, not the solution.

* Is anyone else tired of the daily hysteria-inducing Grim Reaper reporting by the media of infection and death statistics?  Can’t we at least get a little balance by sharing with us the number of people who have contracted COVID-19 and RECOVERED?

* Once businesses begin to reopen, many workers will be faced with a government-created dilemma: Go back to work, or stay unemployed and make double – thanks to the additional $600/week unemployment subsidy being provided by the federal government – what they’d earn on their job?  You do the math.

* Self-employed and “gig” workers still can’t file their unemployment claims in Nevada due to the failure of the state’s Department of Employment, Training and Rehabilitation (DETR) to get the system set up.  Heckuva job, governor.

* A little help from the medical professionals reading Muth’s Truths: Is COVID-19 a “virus” or a “disease”?  What’s the difference?  In layman’s terms, please.

“Rent is due May 1st.  The 30% who didn’t pay rent in April aren’t going to be able to pay in May.  Those 30% will be joined by even more people who can’t pay rent for the first time in May.” – Michael Cernovich

“There’s a big difference between voluntary – and force.  Government is force. … I find it creepy how eager some people are for authorities to boss us around.” – John Stossel