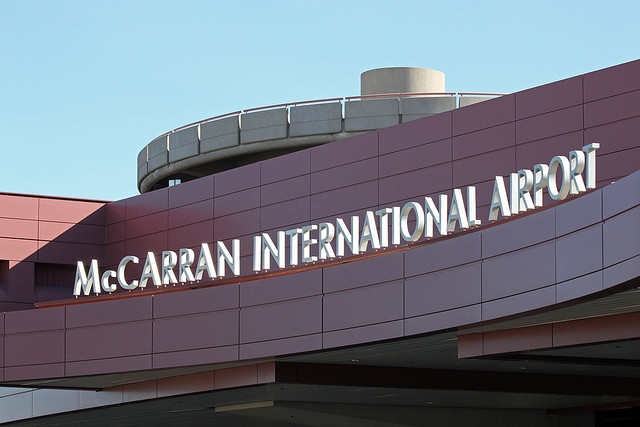 While lame-o Democrats in Carson City have wasted time talking about a silly bill to rename McCarran International Airport in Las Vegas after former Sen. Harry Reid, a far more serious discussion on airport infrastructure projects is going on in Washington, DC.  And any discussion of infrastructure spending necessarily demands a discussion on how to fund that spending.

With that in mind, let’s discuss briefly the difference between a “tax” and a “user fee” – as liberals LOVE to call certain taxes “fees” in order to avoid being accused of raising taxes.

A true user fee is something you have an OPTION of paying to the government – such as an entrance fee to use a public swimming pool or rental fee to use a picnic area at a public park.  You don’t have to use the government’s facilities, as there are private sector options.

On the other hand, if you want to go, say, elk hunting, you have no option other than to pay the government a fee for the license that gives you the government’s permission to do so.  That’s a tax, not a user fee.  You can’t get that government license anywhere but the government.  There are no private sector options.

Which brings us to airports…

You don’t have to fly to get from point A to point B.  You can drive.  You can take a bus.  You can take a train.  You can take a boat.  Heck, you can even walk or hitchhike.  There are private sector options.  As such, the Passenger Facility Charge (PFC) you see on your airline ticket is a true user fee.  If you want to avoid the PFC, avoid air travel.

Funds from the PFC are earmarked for airport infrastructure projects.  In other words, the people using the facility are paying for its use, not people who aren’t using the facility.  But there’s a problem with how the PFC is administered.

Currently, the federal government, rather than the local airports, sets the PFC rate.  As a result of the current system, there is over $100 billion in unmet infrastructure needs at our airports which, with a minor reform, could be funded without spending an additional penny of federal taxpayer dollars.

H.R. 1265, co-sponsored by Rep. Peter DeFazio (D-Oregon) and Rep. Thomas Massie (R-Kentucky), would eliminate the federally-imposed cap on PFC’s and instead let local governments decide how much to charge the users of their airports while keeping the money at home and allowing the local folks to decide how and what to spend the money on.

Actual users paying a user fee for airport infrastructure improvements and upgrades rather than taxpayers – and at a savings to the federal government!  What a novel idea.  So let it be written; so let it be done.