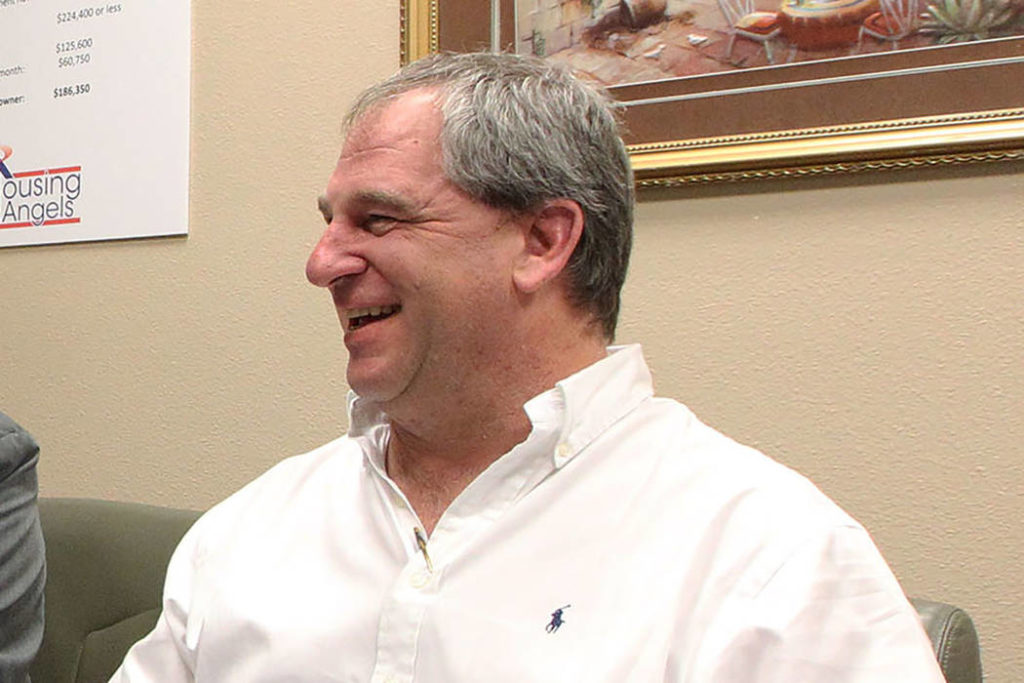 Like the loveable but inept deputy on the old Andy Griffith show, Sajdak continues to bumble and fumble his way through managing the local political operation, obsessed more with doing battle with state party Chairman Michael McDonald than his Democrat opposition.

In addition to stupidly supporting all-mail elections – claiming they REDUCE the chances for fraud and HELP Republicans – Chairman Barney decided last weekend to try derailing the re-election of Las Vegas City Councilwoman Michele Fiore, a McDonald ally, to her post as the state’s Republican National Committeewoman.

Fiore spoke at the Clark GOP’s convention on Saturday and argued against affirmative action.  As part of her remarks, the committeewoman used the word “ass.”

Sajdak grabbed his heart Fred Sanford-like, clutched his pearls and got a bad case the vapors.

Even though he admits he wasn’t paying attention to the speech and has been unable to say exactly what Fiore said, Sajdak took it upon himself to issue a letter “rebuking” her for “racially charged remarks” the following day.

For her part, Fiore called Sajdak “a pandering idiot” – which is putting it mildly, especially coming from the brash and outspoken National Committeewoman.

Nor is this the first time she’s used the word “ass” in public.

Remember back in 2015 when, on the floor of the Legislature, she told soon-to-be former Assemblyman Chris “The Weasel” Edwards to “sit your ass down”?  That was a classic!

In any event, Sajdak admitted yesterday that his media stunt was part of an effort to dethrone Fiore from her party leadership position.

Dana Gentry of the Nevada Current confirmed yesterday that “the Clark County organization said it is contemplating an attempt to oust Fiore as National Committeewoman at the state convention this weekend.”

“She can’t be the face of the Republican Party as the national committeewoman after these statements,” Chairman Barney told Gentry.

So his letter of “rebuke” over alleged “racially charged remarks” is really nothing but a ham-handed political hit.

Niger Innis, a well-known and highly-respected black conservative activist and the convention’s keynote speaker, acknowledged that Fiore’s language in voicing opposition to affirmative action was “sloppy.”

“But was it racist?” he said to the Las Vegas Review-Journal.  “Hell, no.”

Sajdak foolishly created a media circus where there was none with his unapproved rebuke letter.  Shot himself, and the party, in the foot.  Barney Fife would be proud.