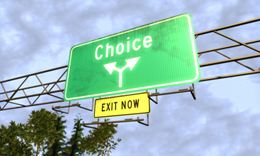 Polling results recently released by Public Opinion Strategies on behalf of the Retail Association of Nevada have tax-and-spend liberals around the state doing the Snoopy dance. According to POS, “57% of Nevadans would rather raise taxes than cut spending.” But to put that figure in proper perspective, consider the horribly biased nature of the actual question:

“And, thinking some more about the budget shortfall, would you rather the Governor and State Legislature CUT SPENDING for government services such as education and health care, or RAISE YOUR TAXES to avoid these cuts?”

As if cutting education and health care were the only options. Good grief. Talk about a false choice.

I’m betting that if POS asked Nevadans if they were willing to have their sales tax jacked up to 12 percent to maintain pay increases and retirement benefits for government employees, they’d be lucky to get 5 to 7 percent.

I wonder why they didn’t ask the question that way? Why, you’d almost think there was an agenda at play, wouldn’t you?

The fact remains, you don’t have to cut education and health care services to balance the state budget without tax increases. Here’s how to start:

We need to then further evaluate employee pay and make sure that government workers are paid around the same amount as workers in the private sector who are doing similar jobs. Ditto benefits – especially paid vacations, holidays and sick days.

Then we go through the entire state payroll, one job and a time, and determine if that position really is “essential” or not. And we start with the assumption that it’s not unless proved it is. If not, crank out a pink slip.

And then we take a microscope to what are deemed essential government services. Anyone who doesn’t think there’s waste, fraud, abuse and duplication in even the most essential of government services – including education and health care – is deluding themselves or lying to the public.

And finally, we need to take a serious new look at privatizing more and more government services, especially in education. Let’s see if we can get more bang for the buck by, say, giving parents $5,000 school vouchers to send their kids to the private schools of their choice instead of spending an average of $10,000 per kid to go to a public school.

NOW how many of you still think we should raise taxes instead of cutting spending?