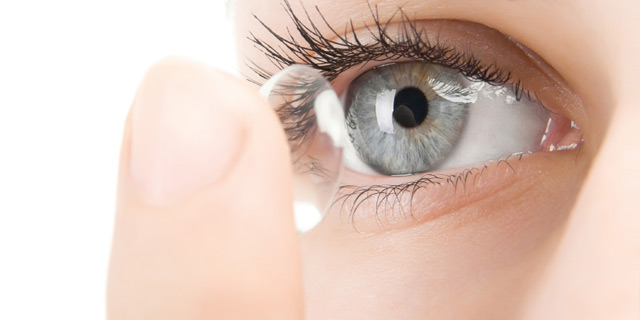 (Chuck Muth) – I just read one of the most ridiculously embarrassing letters I’ve ever seen from a professional special interest group in DC.  Get this…

Optometrists – eye doctors – are unique in being the only medical professionals, other than veterinarians, who enjoy the privilege of being able to both write and fill their own prescriptions.

And the retail side of their business had been a huge cash cow for them until Al Gore invented the Internet and patients were able to quickly and conveniently buy eyewear online at drastically discounted prices.

To protect their honey pot, some less-than-scrupulous eye docs decided to withhold or delay providing a physical copy of prescriptions in an effort to keep their captive market captive by discouraging patients, through self-created inconvenience, from shopping outside their showrooms.

In response, Congress got involved.

It passed a bill in 2003 – the Fairness to Contact Lens Consumers Act (FCLCA) – requiring eye docs to provide patients with physical copies of their prescriptions.  And to implement the act, the Federal Trade Commission (FTC) adopted the Contact Lens Rule (CLR).

Unfortunately, some bad actors continued to withhold prescriptions and neglected to let patients know they had the right to shop online or elsewhere outside their showrooms.

So to address these decidedly anti-consumer practices, the FTC has been studying changes for an updated CLR for almost five years.

During that time the FTC solicited and received thousands of comments from affected industries and the public.  And on June 23, 2020 it unanimously issued the “Final Rule.”

And the eye docs are having a conniption over it.

To express their displeasure, Michael Repka of the American Academy of Ophthalmology (AAO) and William Reynolds of the American Optometric Association (AOA) inked a letter on July 1, 2020 to FTC Chairman Joseph Simons.

As you can see, Our Government Runs On Acronyms (OGROA).

Before continuing, it’s important to note that throughout the FTC’s multi-year review process the eye docs have been fighting in Congress and in states around the country to limit or outright ban the use of online eye tests (tele-medicine).

You’ll see why this is relevant a minute.  Onward…

Repka and Reynolds (R&R) wrote “to express our serious concern” about the Final Rule; claiming it “places a new regulatory burden with serious financial implications on health care practices across the country amid a nationwide public health emergency and a global pandemic.”

They are, of course, talking about the Wuhan coronavirus (COVID-19).

“Many of these (eye doc) practices have just recently begun to reopen and are grappling with significant financial losses and staffing concerns while also implementing and refining new patient care procedures to limit the potential spread of the coronavirus,” R&R wrote.  “The timing for a new regulatory requirement for these practices could not have occurred at a more challenging time.”

As such, R&R called on the FTC to delay implementation of the Final Rule until January 1, 2021 “or at least three months following the end of the current public health emergency…whichever date is later.”

All of which maybe sounds reasonable.  Until you actually go down Alice’s rabbit hole and discover what “serious” health care danger they’re kvetching about…

No, seriously.  Get this…

“The most significant regulatory change in the Rule introduces a new requirement requiring patient signatures.  This regulatory action itself suggests a disregard for what health care providers and patients are currently experiencing in health care.  Many patients are currently taking efforts to avoid signing documents, even credit card receipts, within health care practices. Doctors are implementing policies to avoid the potential spread of the virus by disinfecting pens between each use.  The process for obtaining a patient signature is no simple process.”

No, seriously.  They actually wrote that.  And then signed their letter with…

These people would have us, and the FTC, believe that in the midst of this COVID-19 pandemic it’s just too damned dangerous and time-consuming (approximately 1.7 seconds) to use a pen and sign a form.

Of course not.  This is nothing but an absurd smoke-screen taken directly from the “Never Let a Crisis Go to Waste” handbook.

It’s a ridiculous effort to avoid a new Rule that became necessary after too many unscrupulous eye docs spent years breaking the FCLCA law.  R&R have no one but some their own members to blame.

In fact, if the AAO and the AOA – and maybe even the EIEIO – were seriously concerned about the health dangers that exist due to the COVID, they wouldn’t still be pushing relentlessly to ban the use of highly-accurate, at-home online eye tests instead of coming into their virus incubator offices.

Chairman Simons should reject this imbecilic delay appeal out-of-hand, in writing, and sign it with…

Mr. Muth is president of Citizen Outreach, a free-market 501(c)(4) grassroots advocacy organization, and a member of the Coalition for Contact Lens Consumer Choice