Exposing the Big Lie about the So-Called “Big Lie” 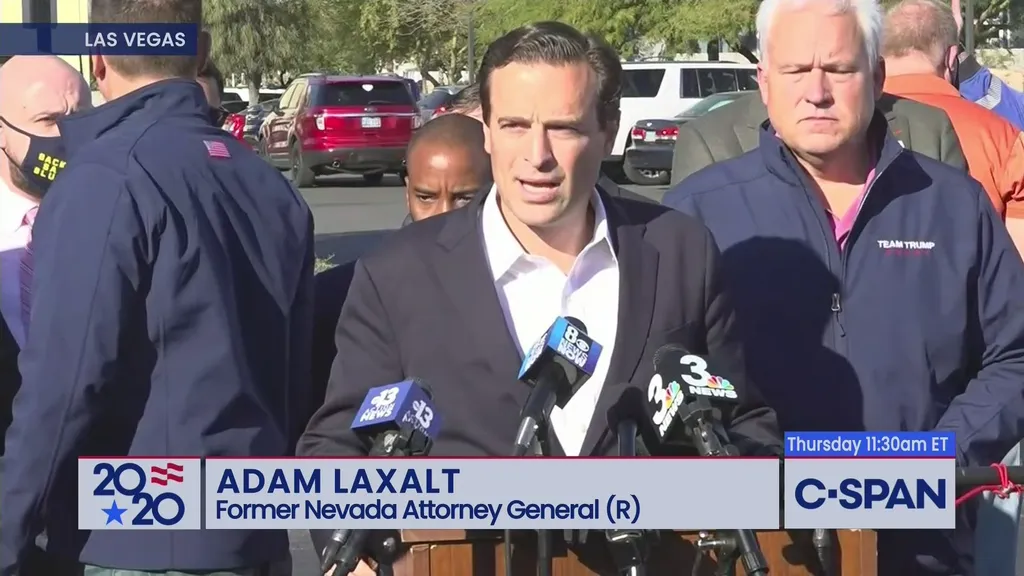 (Chuck Muth) – The real big lie about the 2020 election mess is being perpetrated by the Democrats and their accomplices in the fake news media (looking at you, Jon Ralston) who falsely claim suspicions of possible voting fraud is all a “Big Lie.”

After filing for office ended in March 2020, and after the primary elections were held in June 2020, Democrats in the Nevada Legislature, aided and abetted by Democrat Gov. Steve Sisolak, changed the rules in the middle of the game.

In a special session called in August 2020, Democrats changed state law and ordered that every Nevada voter be mailed an absentee ballot whether they requested one or not.

This resulted in a flood of reports of bundles of mail-in ballots showing up in apartment lobbies, sewer drains, trash dumpsters, etc.  The voting lists used by the various counties – especially Clark County – were dirtier than a coal miner’s helmet.

What the Democrats did reminds me of that scene in the comedy movie History of the World: Part 1, in which Mel Brooks’ character, King Louis, changed the rules in the middle of a chess game…

The Democrats’ mid-election election changes alone justify claims of the 2020 elections being “stolen” with or without documented proof of voting fraud.

And since voting fraud is so difficult to detect, uncover and prove, the absence of such proof is NOT proof of absence.  Claiming otherwise is the REAL “Big Lie.”

In fact, the Nevada Secretary of State’s office HAS confirmed that there WAS voting fraud detected in Nevada in 2020.

And properly documented allegations of such fraud are being investigated as we speak, though the SOS is unable to detail or discuss active investigations until they are concluded.

So the question isn’t whether or not fraud occurred.  It did.

The question is how much and whether or not the amount of fraud was “widespread,” as well as whether or not anyone was involved in organized efforts to submit fraudulent ballots.

And the problem here is that irresponsible GOP actors – such as former Nevada Attorney General Adam Laxalt, and his DC political body guard, Rick Grenell – made serious allegations of voting fraud without providing, you know, actual evidence.

They saw puffs of smoke and authoritatively declared a massive forest fire without bothering to verify the flames.

Look, if I come home from work and discover my front door unlocked, that certainly raises the suspicion that someone broke in.  But it doesn’t PROVE it.  There may be other explanations…including the possibility that you had a “Biden moment” and simply forgot to lock the door when you left.

Indeed, Laxalt-Grinnell raised credible SUSPICIONS, but didn’t do the hard work of confirming fraudulent votes before leveling their accusations.

And that laziness has allowed the D’s and fake news peddlers to claim there was no voting fraud and characterize legitimate concerns about election integrity as the “Big Lie.”

Again, the absence of proof is not proof of absence.  And you don’t find proof if you don’t, you know, actually look for and document it.

In that regard, Laxalt, Grinnell and others also made the tactical mistake of focusing on the presidential election results when there was a FAR better race to look at.

Indeed, Gloria himself admitted “that we cannot reconcile” those 139 discrepancies.  And here’s the thing…

In the initial count of ballots in that race, Democrat candidate Ross Miller came out ahead by just 10 votes against his Republican opponent, Stavros Anthony.

A recount resulted in an additional 74 supposedly uncounted ballots being “found” that boosted Miller’s margin of victory to 30…still well within the 139 discrepancies admitted to by Mr. Gloria.

How do you “find” 74 uncounted ballots weeks after an election?

Why didn’t Republicans focus on THAT race, in which doubt about the validity of the election was already documented and proven, rather than the presidential contest in which President Donald Trump supposedly lost by 33,000 votes statewide?

Had they focused their time and attention to investigating and documenting suspected voting fraud in THAT race – in which doubt about the integrity of the election was already confirmed by election officials themselves – they would have held the moral high ground in the court of public opinion.

Instead, they held press conferences and went on national TV to falsely claim they had 122,000 pieces of “evidence” of voting fraud that they failed to verify and document.

All they actually did was verify and document SUSPICIONS without doing the hard work necessary to actually PROVE voting fraud took place.

The Miller/Anthony race would have been a far better race to use to call into question the integrity of the balloting and demand an AUDIT of the entire election process – including signature matching.

Instead, Laxalt and Grenell blew it.

Now, let me close with these two points…

1.)  Unlike Arizona and other states, Nevada is COMPLETELY controlled by Democrats; the governor’s office and both houses of the Legislature, as well as the Clark County Commission.

And they will NOT authorize a forensic audit of the 2020 Clark County elections.

And the Nevada Secretary of State’s office has no power to do so…even though it DOES have the power to investigate documented allegations of voting fraud and is already doing so.

2.)  Although no forensic audit is in our near future, there ARE steps that can be taken to better guard against the problems witnessed in the 2020 elections.  And that’s where our focus should be now.

For those who are threatening not to vote next year, that’s cutting off your nose to spite your face.  If you give up…we forfeit.  In other words, we lose without even putting up a fight.

And that’s exactly how we lost those two U.S. Senate special elections in Georgia back in January.  The two GOP candidates lost by less than 100,000 votes each, while some 800,000 registered Republicans stayed home.

The real Big Lie is the assertion that there was no voting fraud in Nevada’s 2020 elections.  There was.

How to Write a Winning Campaign Plan