I never thought I’d find an elected Nevada GOP official who was dumber politically than former Assemblywoman Francis Allen and former Assemblyman Robert Beers (not to be confused with the legendary former SEN. Bob Beers) combined, but ladies and gentlemen….I give you Assemblyman Mark Sherwood of Henderson.

“Hey Mark, would you vote to force moped owners to suffer the hassle and expense of registering their mopeds with the DMV?” “Sure would.” Or…

“Hey, Mark, would you be the only Republican to vote for a nanny-state bill banning folks from talking on their cell phone while driving?” “Sure would.”

Did Mark do all of that? Sure did.

And let me give you an idea of just what a dim bulb this guy really is….

After I had to explain to him in an email that RINO…Republican In Name Only…is spelled, well, RINO and not RHINO….which is short for, well, rhinoceros….he just make up his own acronym to slam the thousands of former Republicans such as myself who are now registered as “Independent” voters: “Republican He Is Not, Oh?”

And Republican assemblymen put this clod in LEADERSHIP! And some still wonder how the GOP is in the mess it’s in?

Look, the GOP has bled registered voters for the last decade thanks to stupid Republicans selling out the party’s core values so they can be lauded by their opponents and the liberal media as Great Compromisers. That’s why the GOP is derisively known among many conservatives as the Stupid Party.

And Ass. Sherwood has clearly fallen out of the Stupid Tree and hit every branch on the way down.

If Mark Surewould is your idea of an ideal Republican….well, that explains why the GOP continues to be the minority party in Nevada…thanks to all us RHINOs. 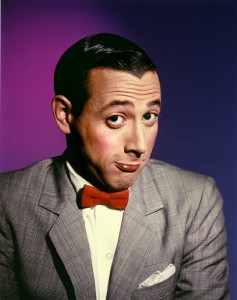