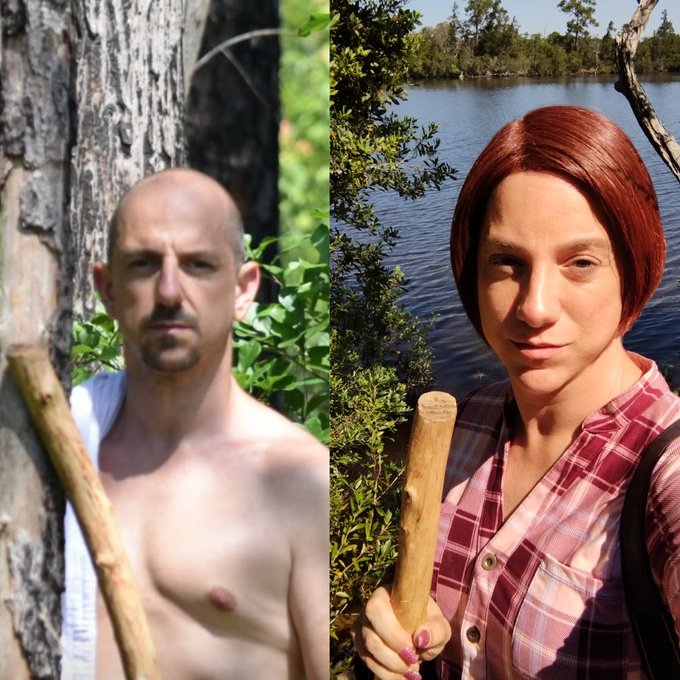 (Chuck Muth) – So there’s this guy who wants to be a gal named Mike/Sarah Ashton/Cirillo on social media dishing dirt, rumors and sex gossip about various conservative Republican women in Nevada.

This is the same dude who a few weeks ago claimed to be a Republican Party infiltrator and is now running for Las Vegas city council against embattled Councilwoman Michele Fiore after first announcing he was gonna run against Councilwoman Victoria Seaman.

He seems to have trouble making up his mind.  About a lot of things.

I could care less that he’s a guy who’s *transgendering* and is obsessed with posting before-and-after selfies of himself on social media.  Whatever floats your boat, dude.  Live and let live.

But what I DO care about is that he’s a lying piece of schnitzel who’s lashing out at conservative candidates, activists and elected officials in a desperate cry for attention and political relevance.

I wonder if the Biden administration’s still hiring?

In the immortal words of Richard Nixon, let me be perfectly clear:  If Republicans nominate this anti-Trump, whichever-way-the-wind’s-blowing moderate, I’ll be voting for a third-party candidate or “none of the above.”  And I won’t be the only one.

* Word on the street – and I’ve heard this from multiple sources – is that Clark County Commission Chairwoman Marilyn Kirkpatrick is dead serious about possibly challenging Nevada Governor/Emperor Steve von Sisolak in the Democrat primary next year.

Sure hope she pulls the trigger!  That’ll give Nevadans TWO chances to dump this tyrant.

“(Dean Heller) He notched moderate bona fides in an increasingly purple Nevada in 2013, when he supported an immigration reform bill and voted in 2015 not to pursue a bill to unravel the DACA program, which gives legal status to people brought to the country illegally as children.” – Nevada Independent

“I do back a woman’s right to choose abortion. It is the conservative position.” – Former Sen. Dean “Never Trump” Heller