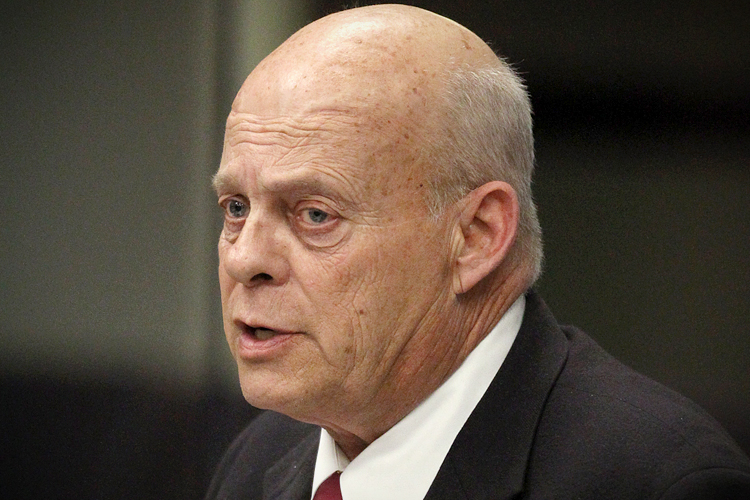 I have mixed feeling about the controversy surrounding former Vice President “Creepy Joe” Biden and the accusations of sexual harassment being leveled against him.

On one hand, the accusations seem, at best, trivial. The ol’ mountain out of a molehill.  I mean, come on.  There aren’t even any cigars involved!

On the other hand, Biden is reaping what his party has sown by embracing the extreme, man-hating agenda of the proverbial “femi-Nazis” for so many years.

So I guess I’ll just sit back and enjoy watching him stew in his own juices after being hoisted on his party’s own petard.

Republicans in the Nevada State Assembly this session were destined to be irrelevant, thanks to Minority Leader Jim Wheeler-Dealer’s fumbling in last year’s elections in which he somehow managed to lose two incumbent seats and failed to win back the only seat in the state with a Republican majority and a Democrat incumbent.

That Little Big Horn-esque electoral massacre left the Assembly GOP in a SUPER-minority; a caucus small enough to hold its meetings inside a Toyota Prius.

But with “San Francisco” Democrats putting forward some of the most extreme pieces of legislation imaginable, you’d at least think these people would be able to make some hay with the public and the media.

And you’d be wrong.

Wheeler-Dealer’s dumb-and-dumber communications operation not only isn’t laying a political glove on the opposition, it’s actually embarrassing the caucus even further with every lame – often totally unintelligible – press release, tweet and statement it puts out.

Here, see if you can figure out what the hell this tweet the @NVGOPAssembly posted yesterday means…

“Rural Communities take a moment to watch two of our conservative rock stars fight for medical professionals to benefit by working in rural Nevada.”

What in the wide, wide world of sports were Assembly Republicans thinking when they put Wheeler-Dealer in charge of their caucus?

Bigger question: How much longer will they allow this embarrassment to go on?

That is an epic fail, even for a quintessential empty suit.

But I hear Wheeler-Dealer is thinking of making him an honorary member of the Assembly GOP caucus and hiring him to be their political director for next year’s campaigns.

Switch is a hugely successful, modern-day Nevada company that houses computer back-up servers which protect and preserve data for large businesses in case of an in-house crash.

“If it moves, tax it. If it keeps moving, regulate it. And if it stops moving, subsidize it.”

As such, it should come as no surprise that the Nevada Public Utilities Commission (PUC) is now arguing that Switch is a “public utility” and should be regulated and strangled in red tape just like NV Energy and Southwest Gas.

An absurdity wrapped in bacon.

And the government mission creep beat goes on…