Fortunately, back in the 1990’s Nevada voters approved a tax restraint law that requires legislators in Carson City to get a 2/3 super-majority vote to raise taxes and take more of your money.  Unfortunately, liberals have a found a loophole in the law.

Knowing how difficult it now is to pass a tax hike in the Legislature, they’ve begun to shift tax hikes to the ballot box, where 50.1 percent of voters can vote to raise taxes on the other 49.9 percent of us. 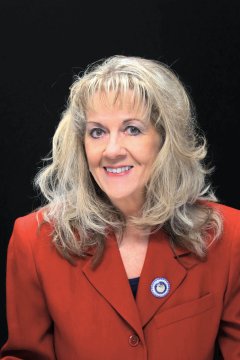 To close this loophole, conservative Assemblywoman Jill Dickman (R-Washoe) has introduced Assembly Joint Resolution 8 which would “amend the Nevada Constitution to require that an initiative petition which creates, generates or increases any public revenue be approved by the affirmative vote of not less than two-thirds of the voters voting on the question.”

The Dickman Tax Restraint Initiative is a necessary check on the insatiable appetite of liberals in both parties who insist they know how to spend your money better than you do.

It would also close the loophole sneaky legislators have found whereby they can circumvent the existing tax restraint law by voting to place tax hikes on the ballot without going through the trouble and expense of gathering the requisite number of signatures otherwise required by citizens to put an issue on the ballot.

The Dickman Tax Restraint Initiative would make it far more difficult to put tax hikes on the ballot and far more expensive to mislead…er, lobby the electorate to pass them.  It does not diminish the average voter’s power to defeat tax hikes sponsored by deep-pocketed special interests; it enhances it.

Lastly, an argument has been made that it’s one thing to handcuff the Legislature with the 2/3 super-majority requirement, but that a majority of the electorate should be sufficient to exercise the will of the people.  But that argument argues against itself.