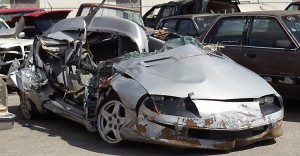 I am, without doubt, a veritable hawk on the tax hike issue. Not because no-new-taxes is a governing philosophy or political ideology, but because it’s a means to an end – that end being strictly limited government, which is only possible if you choke off the government’s money supply.

Indeed, there is once again a disturbing propensity in this current legislative session – by both Democrats and Republicans alike – to pursue licensing and regulating everything under the sun, almost always with a new Government Regulation Tax (GRT) included which they, 1984-like, always call a “fee.”

There’ve been efforts this year to license and regulate music therapists, charitable grant writers, asset managers, electronic insurance salesmen, chiropractic assistants, dieticians and even hair braiders. In addition, the Democrats’ new “services” tax would require teenagers who provide babysitting and lawn mowing services to register with the government and pay a fee for the privilege.

And then there’s SB 407; originally a pro-consumer bill that would bring some market competition to what is presently a virtual monopoly in Clark County over the storage of trucks and automobiles which have been involved in an accident. Alas, this rare legislative good deed has not gone unpunished.

Let’s say you’re in a wreck because the driver of another vehicle was eating a cheeseburger while drinking a Big Gulp and trying to change the radio station while simultaneously yelling at the kids in the back seat (but NOT texting or talking on their cell phone!) and your car needs to be towed off the street.

At present, the tow truck that’s called to the scene, under contract with the local government, tows the car to its own impound lot where you and your insurance company are often hit with outrageous storage and other miscellaneous fees that can add up to more than the car itself is worth…which, in turn, helps drive up the cost of automobile insurance.

SB 407, as originally introduced, would allow insurance companies such as State Farm, Allstate, GEICO, etc., to designate the storage lot where cars they insure are to be towed, rather than towing the cars to the storage yard of the towing companies which enjoy the local towing monopoly.

This would allow the private insurance companies to put storage contracts out for competitive bidding to private storage yards. And that market competition would result in lower storage and other fees for the automobile owner and his or her insurance company…which, in turn, would help keep insurance premiums down.

So other than breaking up what is, in effect, a storage lot monopoly controlled by those already enjoying the towing monopoly (actually, it’s usually two companies – making it a government-controlled duopoly rather than a monopoly; but you get the idea), this bill is a pro-consumer free-market proposal to help bring down insurance premium costs.

Who could argue with that, right?

Well, the towing companies who presently are protected from market competition, that’s who. And they’ve hired an impressive array of big-time, high-priced Carson City lobbyists to protect their racket…er, bread and butter.

As such, instead of SB 407 opening the storage yard business to market competition, lobbyists have gutted the bill with an amendment that addresses the problem of unregulated storage fees by…um, regulating them. Good grief.

Indeed, rather than open the storage yard business to all qualified bidders and let the insurance companies negotiate the best deal they can get, the amended bill calls on the Nevada Transportation Authority to review the fees being charged by the current towing contractors and “determine whether those (fees) are appropriate and reasonable.”

So the government, not the market, will determine what is “appropriate and reasonable”? Good grief.

All of which brings us to the big question: Why, oh why, would any Republican legislator who fancies himself or herself to be a limited-government, free-market conservative, vote to increase government command-and-control of storage lots rather than opening up the storage lot business to market competition?