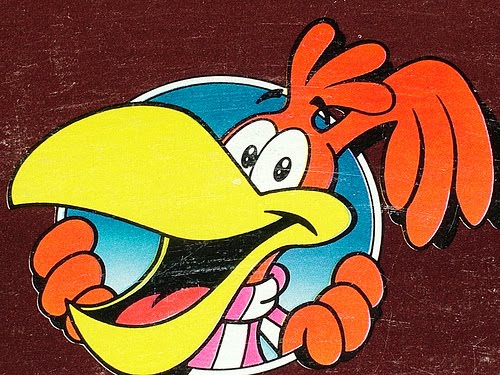 If you meet her, she seems nice.  If you talk to her, she actual sounds coherent some of the time.  But make no mistake, Denise Mraz is 100% cuckoo for Cocoa Puffs.

I met this woman a few months ago.  She was trying to latch onto Dennis Hof’s campaign for Nevada State Assembly District 36 – which he won on Election Day with 68 percent of the vote despite the fact that he tragically passed away three weeks earlier.

So, when she started was sniffing around Dennis’ campaign – which I was managing – looking for work, I did a little checking up on her.

She told me she had recently quit the gubernatorial campaign for Ryan Bundy – which Bundy’s campaign said wasn’t true; that they fired her.

This, after being released from Dan Schwartz’s GOP gubernatorial primary campaign.  Here, I’ll let David Colborne of the Libertarian Party explain this one…

“I remember when Denise Mraz, his Clark County campaign chair for a time, showed up to a Libertarian Party event and, when asked what her candidate’s position on education was, proceeded to rant about fluoridated water and chemtrails. Naturally, we reached out to Schwartz directly to confirm whether this was official campaign positioning.  It was not – she was removed from her position within the campaign shortly afterward.”

Not one person I spoke with who knew her and/or had experience working with her had anything good to say about this woman, either as a campaign operative or as a person.  Not ONE.

And it became readily understandable why; she’s nuts…but I mean that in a good Christian way.

As such, I advised Dennis to humor her but not let her within a country mile of the official campaign.  So instead, she tried to go around me and latched onto Zack Hames, Dennis’ personal assistant, appointment secretary and driver.

I warned Zack to keep this fruitloop away from Dennis and the campaign, but apparently he had his own agenda.  Indeed, in the closing weeks of the campaign, Zack was already counting his post-election chickens and promoting himself as Dennis’ legislative chief-of-staff…which was never going to happen.

What happened next after Dennis’ death on October 16th is so sad.

Just three days later, Mraz sent Zack a “Legacy of Hof” proposal – a copy of which I obtained – that is as absurd as it is delusional.  Get this…

“Zach, Let’s kick some ass togther. I’m ready if you are.  I wish I could self fund, but I can’t, this is too sudden. Let me know what we can work out.”

In a follow-up email to me, she says she “met with Zach and he thought it was a good idea.”  Their proposal includes the two issuing a “transition statement” claiming “Denise was to share Chief of Staff duties with Zach for the session.”

She went on to describe what their statement would say…

“We had worked together on issues and solutions up until now and it was to be formally announced after the election we were to be a team.  Today, we plan to fulfill the Legacy of Hof because this is what the people choose.  We’ll reiterate the points of his campaign.”

“A team”?  No, they weren’t.  Dennis and I had discussed the staffing for the 2019 session several times after the primary, and plans were in place that didn’t include either one of these individuals in any capacity whatsoever.

“Zach to float a trial balloon with all seated incumbent friendlies at Lincoln, clark and nye including Tisha black, cindy lake and trish marsh/comm E to ask for their support.”

Um, except Black, Lake and Marsh all lost their bids for the Clark County commission.  Small detail.

Cuckoo Puff then went on to note that Nye County, because of the weighted formula for selecting a replacement, would actually control the vote.  As such…

“(T)hat would leave us with Strickland, cox and hopefully trenner. Clark would have lake, black and Sisolak, Gibson endorsing me (Sisolak /Gibson would love to get rid of me).  So the public message is Legacy of Hof is endorsing Denise Mraz and asks the commissions to consider her for the appointment.”

Somebody’s been sniffing her own chemtrails.

The appointment is going to be made BEFORE new county commissioners are sworn in next January.  Which means Deborah Strickland in Nye won’t get a vote.  And Tina Trenner lost her primary way back in June and wasn’t even on the general election ballot.

Again, Lake and Black didn’t win their elections – and again, wouldn’t be sworn in even if they had until after the decision had been made.  As for Clark County Commissioners Steve Sisolak and Jim Gibson, it’s doubtful either even knows this woman exists, let alone “would love to get rid of” her.

Mraz was/is so delusional, she even included in her memo to Zack a copy of a business card she designed to hand out while seeking the appointment.  Good grief.

Now, here’s the kicker from this money-grubbing opportunist…

“Denise Compensation:  I am proposing a compensation of $9,000.00 up 10/20 until 11/6 and the original Hof campaign fund taking over all campaign expenditures and they can be recorded on my PAC for Don’t California Our Nevada.  If we are successful, I am budgeting another $2500.00 to get us through 11/7 to the 1st of Jan.  Once we are appointed, I would like to be paid $35,000.00 for the session.  I cannot self -fund at this time on this schedule.  Once we get past the first session, let’s draw up a long term plan. If the need should arise, I am counting on your attorneys to protect any residual or related issues, they will undoubtedly take me out somehow as well.”

$9,000 from Dennis’ campaign coffers, plus expenses, for TWO WEEKS’ work?  And then getting paid $35,000 from an outside PAC, again funded with Dennis’ money, to serve in the Legislature?  This is truly hallucinogenic thinking from a warped, delusional mind.

“In working with Dennis Hof on his Campaign strategy, Denise Mraz helped get Dennis to a posthumous win despite all odds.  By identifying mechanisms of Agenda21 and providing actionable, legislative remedy to rectify symptomatic harm, we won.”

To be clear: Denise Mraz had NOTHING to do with Dennis’ campaign strategies or his win on Election Day.  This is a sad and troubled woman living in an alternative universe.

That she and Zack conspired to cook up this “Legacy of Hof” campaign to get her appointed to Dennis’ seat almost immediately after his death is just plain sick.  The woman needs professional help.

As Jack Nicholson so famously put it in the movie As Good As It Gets, “Sell crazy someplace else, we’re all stocked up here.”