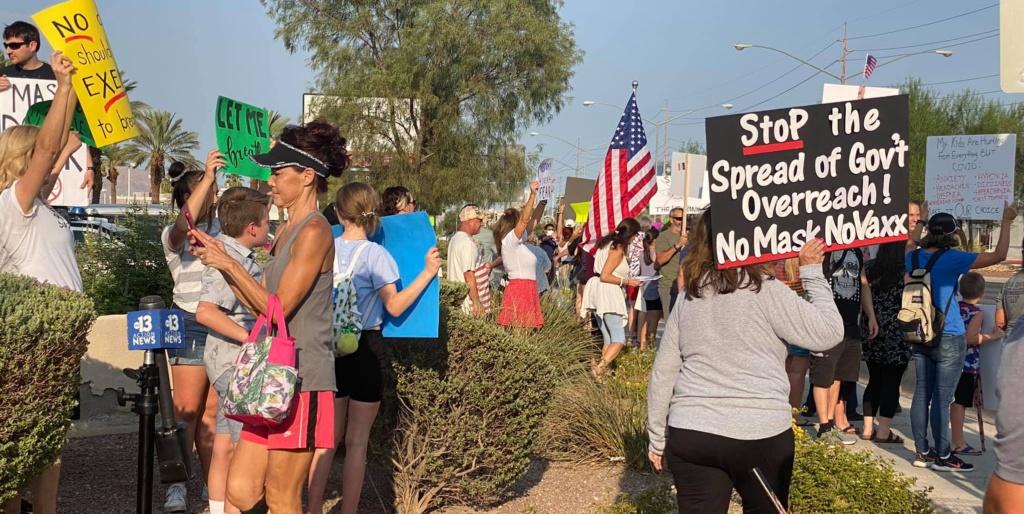 (Chuck Muth) – On ABC’s “This Week” this past weekend, former Obama chief-of-staff Rahm Emanuel told host George Stephanopoulos that government officials should not use the word “mandate” when talking about people being forced to get the coronavirus vaccine.

Instead, Mr. “Never Let a Crisis Go to Waste” said such mandates should be called “requirements.”

“Members of the U.S. military will be required to get the COVID-19 vaccine beginning next month under a plan laid out Monday by the Pentagon and endorsed by President Joe Biden.”

And I guess Biden’s COVID czar, Dr. Tony Fauci, wasn’t on the list either.  Here’s what he said in an MSNBC interview…

“I’m sorry I know people must like to have their individual freedom…but I think that we’re in such a serious situation now, that under certain circumstances, mandates should be done.”

Emanuel went on to say all public employees, as well as anyone receiving federal dollars, should be mandated…oops, sorry…required to get the jab.  Which raises an interesting question…

What about Medicaid (the taxpayer-funded government health insurance program) recipients?

A separate AP story last weekend reported that “only 45 percent of (California’s) Medicaid population has been vaccinated.”

Which raises another interesting question…

With Nevada Gov. Steve Sisolak being the first governor in the country to re-issue a new mask mandate…dang!…requirement this month – even for those who have already gotten the vaccine – how many of Nevada’s taxpayer-funded Medicaid recipients continue to refuse to get the shot?

OH! And speaking of Sisolak’s new mask mandate (oh, for crying out loud, I give up), get this lead story in today’s Reno Gazette-Journal…

“The medical director for Washoe County School District, who is responsible for the medical care of thousands of students while at school and oversees more than 100 school nurses and clinical aides, said she doesn’t know if masks work to prevent COVID-19 spread.”

Jennifer Crane, the MEDICAL DIRECTOR of the school district – a, you know, health expert with a Master’s degree in education and science – said there was no indisputable, settled “science” proving that cloth masks stop the spread of the virus.

I wonder which re-education camp Sisolak’s gonna send her to once she gets out of the dog house?

Back to the original point…

I don’t care if you call it a “mandate” or a “requirement.”  It’s wrong in a free society.

And I’m guessing it’s only a matter of time before we’re told to start referring to “Vaccine Passports” as “Access Authorization Cards.”

“In order for true justice to be done, Cuomo ought to have to resign alone in a hospital room without any access to family.” – Ben Shapiro

“Now that he has resigned, Andrew Cuomo deserves to rot in jail over the thousands he let die in nursing homes under his watch.” – Courtney Holland

“If Andrew Cuomo was a Republican, he would have been arrested, tried, and sentenced by now.” – Ryan Fournier