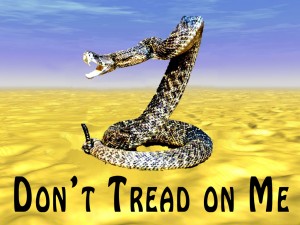 For-profit tea party leader Judson Philips of Tea Party Nation – currently being sued by the Venetian for cancelling a conference in Vegas last year – isn’t happy with yesterday’s debt ceiling deal hammered out by Obama, GOP leaders and Harry Reid (San Fran Nan was along for the ride):

“The difference between the Democrats and Republicans is the Democrats have convictions and courage. They have a goal. They are going to advance their goal. It is a tragedy that their goals are so anti-American. They want to see America wrecked.

“Our future depends on John Boehner and Mitch McConnell. We would be better off with Benedict Arnold and Alger Hiss in charge of the Republican Party. . . . We need to start at the local level and get rid of the RINOs while we still have a country left. We need to take the GOP over and kick these RINOs to the curb. The Boehner and McConnell have sold us out. It is time for us to put them out to pasture.”

Pretty harsh. But certainly an opinion held by a lot of tea party folks around the country.

Meanwhile, conservative icon Richard Viguerie is similarly not happy, though less shrill; pointing out that it’s a deal, not a solution to the budget crisis:

“Tea Party and conservative movement activists have long recognized that the real crisis hanging over the American economy, and indeed the future of our American way of life, is not whether the federal debt ceiling is raised in the next few days. It is that we are borrowing forty cents of every dollar we spend. Washington’s political elites know this can’t continue, yet neither the Republican nor the Democratic House and Senate leaders, and certainly not President Obama, have proposed a way to end this slow national suicide.”

“The deals floating around the smoke-filled rooms of Capital Hill are intended to get politicians past the next election, and none of them actually solves the real crisis. Capitol Hill Republican establishment leaders are making a major blunder if they think Tea Party and grassroots conservative activists don’t understand the difference between a deal to raise the debt ceiling and a solution to the spending crisis.”

On the other hand, the Wall Street Journal has a decidedly different perspective:

“The big picture is that the deal is a victory for the cause of smaller government, arguably the biggest since welfare reform in 1996. Most bipartisan budget deals trade tax increases that are immediate for spending cuts that turn out to be fictional. This one includes no immediate tax increases, despite President Obama’s demand as recently as last Monday.

“The immediate spending cuts are real, if smaller than we’d prefer, and the longer-term cuts could be real if Republicans hold Congress and continue to enforce the deal’s spending caps.

The framework calls for an initial step of some $900 billion in domestic discretionary cuts over 10 years from the Congressional Budget Office (CBO) baseline puffed up by recent spending. If the cuts hold, this would go some way to erasing the fiscal damage from the Obama-Nancy Pelosi stimulus.

“This is no small achievement considering that Republicans control neither the Senate nor the White House, and it underscores how much the GOP victory in November has reshaped the U.S. fiscal debate. No wonder liberals are howling. They have come to believe in the upward spending ratchet, under which all spending increases are permanent. Not any more. . . .

“(S)upposedly conservative Republicans and their talk radio minders may denounce this deal as a sellout, but we’ll be charitable and assume they’ve climbed so far out on the political ledge they don’t know how to climb back without admitting they were wrong.

“They’re right that this deal doesn’t ‘solve’ our fiscal crisis, but no such deal is possible as long as liberals run the Senate and White House.

“The debt ceiling is a political hostage the GOP could never afford to shoot, and this deal is about the best Republicans could have hoped for given that the limit had to be raised.

“The Jim DeMint-Michele Bachmann-Sean Hannity alternative of refusing to raise the debt limit without a balanced-budget amendment and betting that Mr. Obama would get all the blame vanishes upon contact with any thought. Sooner or later the GOP had to give up the hostage. . . .

“The tea partiers…(have) forced both parties to make the biggest spending cuts in 15 years, with more cuts likely next year. The U.S. is engaged in an epic debate over the size and scope of government that will play out over several years, and the most important battle comes in the election of 2012.

“Tea partiers will do more for their cause by applauding this victory and working toward the next, rather than diminishing what they’ve accomplished because it didn’t solve every fiscal problem in one impossible swoop.”

Indeed. Rome wasn’t built in a day. Shrinking the government is a marathon not a sprint. Politics is a game of inches. Pain heals. Chicks dig scars.

Oops, sorry. Wandered off to “The Replacements” for a second there. Anyway, conservatives should declare victory and go home. Then prepare to suit up again after Labor Day. The next “crisis” is right around the corner. It always is.