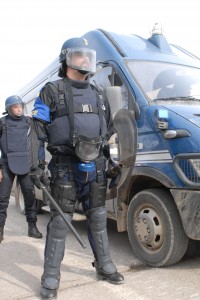 One of my Muth’s Truths blog readers recently wrote the following to Nevada Gov. Brian Sandoval via the administration’s spiffy new website:

“Sir; I am concerned regarding the civil unrest in England. As a former National Guard NCO, I would like to know what type of training the Nevada National Guard has in riot control. Thank you.”

Interesting, legitimate question. And properly directed since, as Wikipedia explains, “The governor is the commander-in-chief of the Nevada National Guard…” Here’s the email response:

“Thank you for contacting the Governor’s Office. We appreciate your concerns. For specific questions regarding the Nevada National Guard’s training I would refer you to the Office of the Military. They can be reached by phone at 775-887-7302. Please let me know if I can be of further assistance. Best regards, Constituent Services.”

Now, if you invite constituents to contact you via your website, and then a constituent takes you up on your offer, it seems rather counter-productive to then blow off the constituent like this. Indeed, the above response was accurately described by the constituent as “lame.”

First, what constituent wants to deal with a nameless, faceless “Constituent Services” bureaucracy? If you’re the PERSON working for constituent services in the governor’s office you should put your actual name on the responses you send.

What makes this doubly egregious is the fact that the constituent himself was required to provide his name, address, phone number and email address just to have his question even considered. Is it really too much to ask that the taxpayer-funded staffer tasked with responding to provide their own name, as well?

Indeed, being the ever-so-helpful soul that I am, I called the number myself. The very nice lady who answered the phone asked me to hold while she asked the general who was in the office the question about riot control.

She came back and informed me that certain Guard units are indeed trained in riot control and asked if I wanted to speak to the general to get more detailed information. I opted not to bother him. My point had already been made.

Hmm, if I ever give up my day job, maybe I’ll apply for the anonymous Constituent Services gig in the governor’s office!