Conservative Reflections on Sandoval’s State of the State Speech 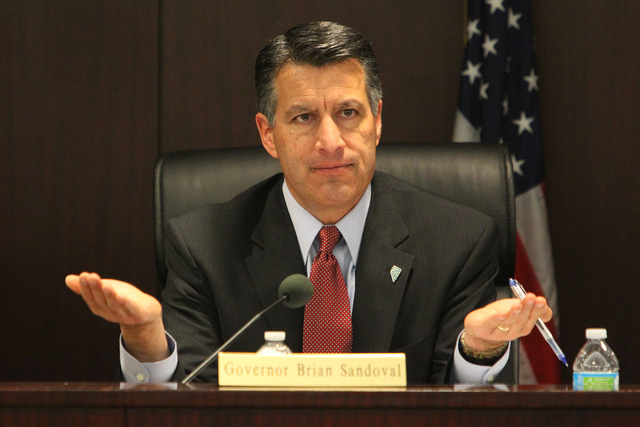 THANKFULLY, Nevada Gov. Brian Sandoval has delivered his LAST State of the State address.  This guy has been absolutely the WORST possible governor for conservatives and Republicans in Nevada.  A Democrat couldn’t have done more damage.

Before he was first elected in 2010, Sandoval campaigned on rolling back the state budget to its pre-recession level of around $5.8 billion.  Instead, he’s overseen an explosive growth in spending – now up to his proposed 2017-19 budget of $8.1 billion.

Sandoval’s new budget includes $60 million for the Education Savings Accounts (ESA) school choice program.  That’s only enough to fund a little more than half of the families who have already applied for the grants.  And before all is said and done by this new Democrat-controlled Legislature, it’s going to be pared down even more.

In fact, I don’t believe the governor really supports this program and could end up letting it die completely by the time the session ends.  If he REALLY wanted the program to move forward, he should have included a funding fix during October’s special session when Republicans still had the majority.

Not only does Sandoval extend a Christmas wish list of new spending for everything else under the sun in his budget, he’s proposed yet ANOTHER tax hike – a new 10 percent tax on marijuana sales to piggyback on the already existing 15 percent tax on this now-legal product.

Now, this is just plain stupid and counter-productive and here’s why…

The main reason for legalizing and regulating the sale of marijuana is to take it out of the hands of dangerous drug dealers and the violence that comes with their illegal street trade.  So ask yourself this: If people can buy and sell pot for at least 25 percent LESS from illegal drug dealers than what they’ll have to pay in a legal dispensary, where do you think they’re going to go?

At the time the program was created, then-State Treasurer Brian Krolicki pushed to securitize the cash flow from the tobacco settlement and protect the funding for the future.  Alas, short-sighted Democrats, led by then-Assembly Speaker Barbara Buckley, foolishly killed Krolicki’s fiscally responsible proposal.

And now you and I are paying for it.  Lovely.

Lastly, Sandoval is asking for an additional $173 million to fund his ill-conceived Medicaid expansion.  That expansion is a ticking fiscal time bomb.  And we should be REDUCING the program, not expanding it.

But what does Sandoval care?  He’ll be out of office when the bomb finally goes off.  Someone else will have to clean up the mess.