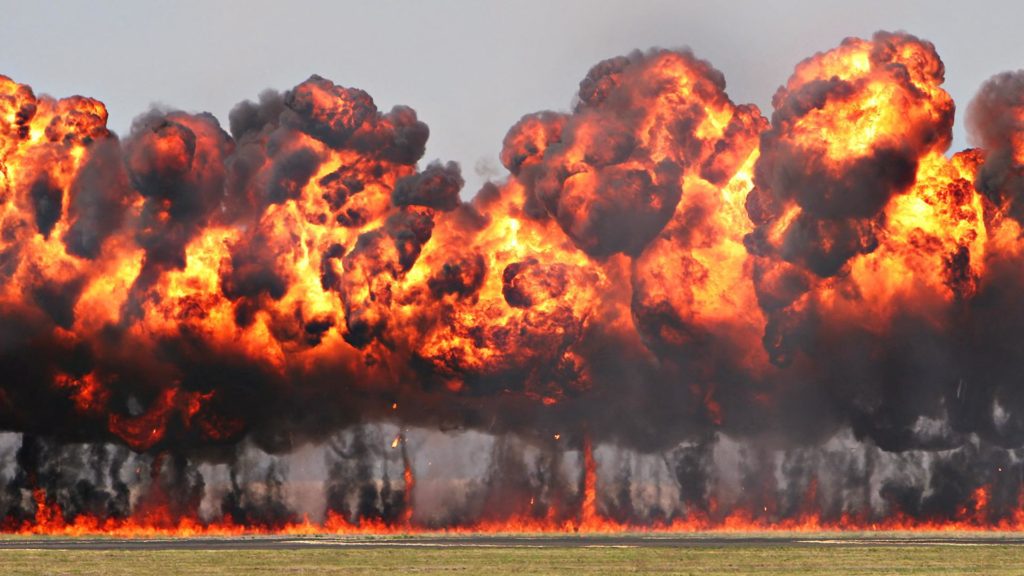 At a recent debate hosted by the Republican Men’s Club in Las Vegas on the merits of Question 3, the Energy Choice Initiative, the “No on 3” representative warned ominously that giving Nevadans a constitutional right to purchase their electricity from someone other than the government-picked monopoly will visit upon our state every calamity known to man short of an epidemic of jock itch.

But give them time.  The election isn’t until November.

According to the handout distributed at the debate by Team No, Question 3 is “Risky & Costly.”  And every time I hear that argument I’m reminded of goofy former Vice President “Ozone Al” Gore who used to characterize any effort to expand the free market or privatize some government program or service as a “risky scheme.”

As such, it’s no coincidence that the leading voices for “No on 3” are coming from the Left – including tree-hugging environmentalists, Big Labor, and Democrats such as uber-liberal Rep. Dina Titus.

Indeed, labeling efforts to shrink government control in our lives as “risky” is right out of page 46 in their “Chicken Little” political playbook:  “When you can’t win an argument on its merits, stand on the table and scream at the top of your lungs that the sky is falling!”

To that end, the “No on 3” propaganda sheet distributed to the gathering of GOP elephants at the debate included the following…

“In the late 1990s and early 2000s, 24 states passed laws to deregulate their electricity systems.  The results were so negative that 10 of those states – including Nevada – reversed course and went back to regulated electricity markets.  California’s failed attempt to deregulate electricity led to skyrocketing electric rates, rolling blackouts, the Enron energy resale scandal, and over $40 billion in added costs for consumers and taxpayers.”

Run for your lives!!!

1.)  As conservative Nevada columnist Tom Mitchell pointed out recently, Question 3 would NOT “deregulate” our electricity market.  All it would do is open up energy generation to well-established competitors which would still be regulated by the Public Utilities Commission (PUC).

But I gotta give the “No” gang credit.  If you want to scare the living shinola out of Nevadans, just tell them some policy reform or program has its genesis in the economic basket case and nanny-state hellhole of the People’s Republic of Kalifornia.

And that scare tactic, so far, has been quite effective.  But to compare how badly California screwed up its energy policies to what will happen in Nevada if Question 3 passes is a textbook example of comparing the proverbial apples to oranges.

The fact is the details of implementing a new program of consumer choice in where we buy our electricity will be left up to the Nevada Legislature; exactly where it should be.

And all the Nevada Legislature has to do is bring in actual energy experts – as opposed to, say, union firefighters – to help craft our system the way other states which have SUCCESSFULLY de-monopolized energy rather than mirroring the fumbling, bumbling, grumbling failures of our liberal paradise neighbor to the west.

Nevertheless, the “risky” Californication argument has been very effective.  Marketing psychologists will tell you the fear of loss is far more powerful than the hope of gain in the persuasion equation.

And an informal poll of the luncheon attendees after the debate saw far more hands raised in support of the “No” side than “Yes” side; by a margin of at least 2-1.  And this was among a group of generally conservative, free-market Republicans who should know better.

Imagine what’s going on in the rest of the electorate!

But think about this…

If it’s true that the consequences are going to be so dire if Question 3 passes; that the lights are gonna go out; that there will be no air conditioning in Vegas in July; that there will be no power for defibrillators in hospitals for heart attack victims; that your electricity bills are going to “skyrocket” to the size of the mortgage payment on Warren Buffet’s mansion; that, as Dr. Peter Venkman warned in Ghostbusters, it’ll result in a disaster of biblical proportions, including “human sacrifice, dogs and cats living together…mass hysteria!” – then, um…

Where was NV Energy – Nevada’s electricity monopoly – back in 2016 when this question was first on the ballot?

Well, according to an August 16, 2016 article by Sean Whaley, then reporting for the Las Vegas Review-Journal, “NV Energy announced Tuesday it is neutral on a measure on the Nov. 8 general election ballot to amend the state constitution to open Nevada’s electricity markets to competition.”

In fact, according to the statement issued by NV Energy at the time of its announcement, the concern wasn’t that The Rapture would ensue but that “Opening up Nevada’s energy market to competitive choice, in whatever form it takes, will make it critical to ensure that rules are in place to treat all providers equitably.”

Since not one word of the language of the initiative has been changed since 2016 when NV Energy was neutral on the issue and was only concerned that the Legislature establish rules which treated all competitors equitably, why should we believe their hysterical warnings now that Armageddon is right around the corner?

You can’t have it both ways.

The state’s existing energy monopoly – aided and abetted by hard-core leftists and big government Democrats – are trying to fool just enough voters with their scorched earth, Apocalypse now, propaganda campaign one time.  And unless free-market, limited government conservatives wake up and smell the napalm in the morning, they just might get away with it.