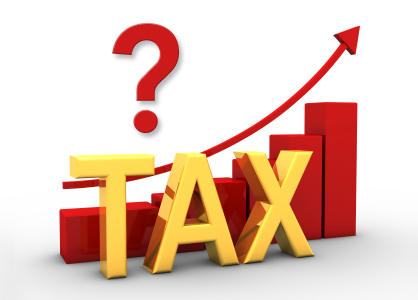 As regular readers know, I have no problem saying, “I told you so.” And when it comes to PK . . .

“Some say he’s the real deal and ‘no Hickey dude,’ but another SSC subscriber advises that when he asked O’Neill about signing the Pledge at the recent Washoe County GOP Men’s Club meeting in Reno, O’Neill’s response was the ol’ ‘my word is my bond’ excuse for not doing so.

“Conservatives beware! Something’s not sitting well with me and this candidate.”

Indeed, PK refused to sign the Taxpayer Protection Pledge and told voters to just trust him. But as we all know now, PK’s word wasn’t worth the proverbial warm bucket of spit.

During last year’s legislative session, PK betrayed his constituents and broke his “verbal” promises to oppose tax hikes by voting for the largest tax hike in Nevada history, along with some two dozen comparatively minor ones.

Kramer expressed interest in the race to me last October at the Nevada Day chili feed in Carson City but asked me not to say anything until he made a final decision. Which I honored. I published his announcement on Nevada News & Views yesterday.

Forbush also announced his campaign the day before and that, too, was published on Nevada News & Views yesterday. Here’s my favorite part of Chris’ press release…

“Forbush, a recent Honors graduate of Brigham Young University Law School and valedictorian of his high school class in Ely, Nevada, signed the ‘Taxpayer Protection Pledge’ as the first official act of his campaign.”

Anyway, we now have two challengers vs. an incumbent, which usually means re-electing the incumbent. So I wrote in yesterday’s Silver State Confidential…

“Let’s hope the two go out for a beer, flip a coin or cut the deck to see which one goes up against P.K. one-on-one. Otherwise, they split the conservative vote and let the RINO back in.”

But I might have been wrong. Here’s the rest of the story…

As most of you know, I lived in Carson City for five years, so I have pretty good sources on the ground up there. And the stories I’m being told about Al Kramer – a good guy who I’ve known for many years – is VERY troubling for fiscal conservatives.

I received an email from a grassroots activist in Carson City late Saturday afternoon advising that Al has been telling people up there “that he will vote for higher taxes if they are for education” and, therefore, will not sign the Taxpayer Protection Pledge.

I shot Al an email asking if it was true, but he hasn’t responded yet.

Of course, we just jacked up taxes through the roof for education, but from what I’m hearing Al and Assemblyman Jim Wheeler (R-Douglas) now want more money for Nevada’s community colleges.

I also was forwarded a separate email last night which a potential major donor (name being withheld because the donor is not a public figure) sent to Mr. Kramer back on January 14, 2016. It reads…

“After thinking about your comment on taxes yesterday, and the fact that you think we still don’t have enough money for education, I must inform you that my initial offer of $2,500 to help fund your campaign is being withdrawn.”

But the plot thickens…

I’m also hearing that Al had doubts about running for the seat and against PK because his wife had reservations about the race. However, Al currently works for State Treasurer Ron Knecht – a signer of the Taxpayer Protection Pledge – and I hear Ron finally convinced Al to pull the trigger and make the run.

On the other hand, Forbush is a newcomer to Carson City and some GOP’ers there worry about him being perceived as a “carpetbagger.”

In addition, I hear that Assemblyman Ira Hansen (R-Washoe) was initially supportive of Forbush as a potential candidate, but soured on him after Forbush opted to run against PK instead of…get this…Jim Wheeler!

But back to the carpetbagger thing…

In an email exchange between Forbush and GOP activist Carol Howell on Friday, Howell wrote…

“I hope you won’t mind if I’m also very honest with you. As many good things about you, I don’t think it is your time. Your coming into Carson City, without even a little history here, and want to become a representative of people that right now are very disappointed in their current elected officials and have no sense of trust in any of them. As I said yesterday you’re going to be looked at like a carpetbagger.”

That said, Howell ended her email writing that “we need people like you in politics.”

Forbush had a pretty good response…

“The candidates that may run against PK, like Al Kramer, will likely be another PK for you. So if you run another PK against PK, you get PK. If you ‘split the vote’, then you get another PK. If you back me and discourage other candidates from entering, you don’t get PK. You’ll get someone that won’t raise your taxes and stab you in the back. If you want to remedy your PK mistake, I’m really the only option.”

Good point. And here’s the thing…

*IF* it turns out to be true that Al won’t sign the Taxpayer Protection Pledge – whether it’s because he wants more money for community colleges or some other reason – the vote splitting won’t be between two conservatives vs. a tax-hiking RINO.

Instead it will be two longtime Carson City pols who are open to raising taxes AGAIN, against a newcomer who not only won’t, but had no fear of putting that promise in writing.

And I’m not so sure Forbush can’t pull off a major upset in a race like that.

We now return you to your regular Sunday morning programming…

“I will NEVER again support a politician who will not sign the Taxpayer Protection Pledge.” – John Vettel, Carson City, NV

“If a man’s word isn’t any good, he’s no good himself.” – Wilson Rawls

“A Republican elected official who votes for a tax hike is a rat in a Coke bottle. He/she damages the GOP brand for all other Republicans.” – Grover Norquist of Americans for Tax Reform