Congress, Obama Moving Forward on Muslim Ban while Attacking Trump Over It 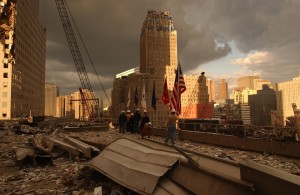 It’s actually a Washington Post story that, as you might expect, rips the GOP presidential frontrunner a new one for saying that temporarily barring Muslims from entering the United States is “common sense.

“We have no choice,” Donald Trump said three times to a “boisterous standing ovation” at a campaign rally in South Carolina on Monday.

Some Republicans and Democrats alike denounced the proposal, according to the Post, and Ibrahim Hooper of the Council on American-Islamic Relations (CAIR) was quoted as saying, “One has to wonder what Donald Trump will say next as he ramps up his anti-Muslim bigotry.”

While some were having a cow and throwing a conniption over Trump’s suggestion, another less-heralded story from the Washington Tribune reports on a strikingly similar proposal already being agreed to by elected officials from both parties in our nation’s capital!

“Congress and the White House are poised for a rare agreement in the fight against terrorism with legislation that would slap new travel restrictions on foreign visitors to the U.S. who have recently visited Syria, Iraq, Iran and the Sudan.”

All four are Muslim countries.  So wouldn’t that constitute “anti-Muslim bigotry,” too?

Indeed, it appears the objection to Trump’s proposal isn’t so much to the underlying intent of the proposal itself – to keep Americans safe – but that Trump is the one who proposed it, and did so in language that is far more stark than the political double-speak used by inside-the-beltway folks.

My guess is that Trump’s polling numbers are about to go up again.