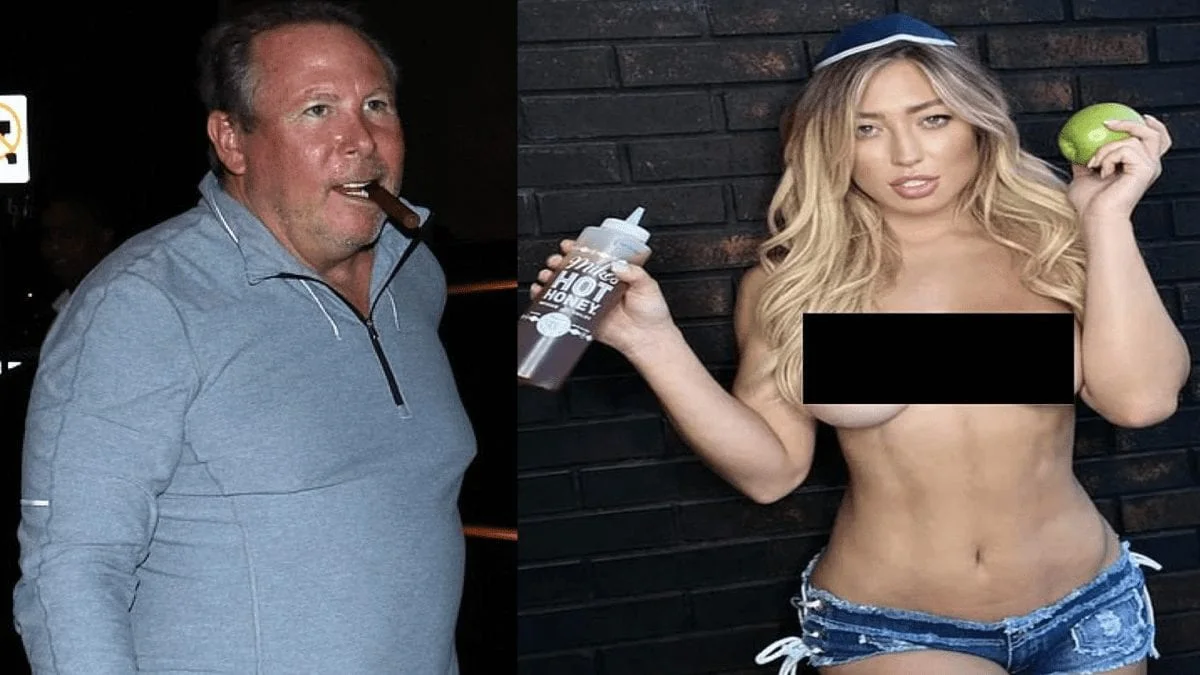 The almost 60-year-old Cloo-less Wonder is suing his ex-squeeze, Stephanie Gurzanski, a 20-something OnlyFans model, after showering her with a ton of gifts and cash only to be told to take a hike.

“Cloobeck,” VF reports, “says he spent around $1.3 million on Gurzanski in their five months together.”  In addition…

“(Cloobeck) threw a lavish 26th birthday party for her and her five girlfriends at his $45 million house in Cabo San Lucas, after flying them down to Mexico from Los Angeles on his Global Express private jet. He gave her a $200,000 Richard Mille watch. He plied everyone with $7,000 worth of caviar, 80 bottles of Domaines Ott* wine, 12 bottles of 1942 Don Julio tequila, and $13,000 worth of ‘swag’ bags, filled with specially designed Stefanie Gurzanski keepsakes. He gave Gurzanski and each of her friends a Chanel handbag, totaling $30,000.”

“On New Year’s Eve he planned to propose to her with a $180,000, seven-carat diamond ring and a necklace. He had planned for fireworks in Cabo. … But instead of joining him, she told him she was going to Miami to celebrate at an OnlyFans New Year’s Eve party. …

“Cloobeck went ballistic. ‘I lost it,’ he says. ‘I went nuclear because I’ve never been so upset and disrespected. I’m the victim. I never felt so bad.’

“A few days later he tried to propose to her again over the phone, showing her a picture of the diamond engagement ring he had bought her. She turned him down, flat. … He ‘got pretty furious when I said no,’ she recalls.

“(Gurzanski) says he had huge pictures of her on the walls of his bedroom and in his bathroom. She thought that was ‘weird,’ even though, she says, she loves the photos and is proud of them. ‘The photos made me uncomfortable because he would invite his son and daughter in his bedroom, and there’s a huge photo of me naked on the wall.’”

“On January 12, Gurzanski asked the California state court for a temporary restraining order against Cloobeck. In an affidavit she filed, she stated that she has been ‘in fear for my life and well-being’ since she broke up with him. She claimed his behavior has been ‘erratic,’ ‘disturbing,’ and ‘abusive’ since they stopped dating and that he had posted on the internet ‘pictures of me in the nude without consent.’”

“On March 8, Cloobeck filed an amended complaint against Gurzanski. He wants his money and his property back. He wants her to apologize to him.”

The Jilted Joker likes to name-drop and brag about the important Democrats he has on speed-dial, including Bill Clinton, Barak Obama, Joe Biden, Chuck Schumer and Nancy Pelosi.

VF notes that the Spurned Spectacle has been “a big donor to the Democratic Senatorial Campaign Committee for 33 years” and “says he bought 50% of the Nevada Independent and ‘saved them during the pandemic.’”

The Nevada Independent is liberal blubber-blogger Jon Ralston’s current gig. Records show the Clooless Wonder has dumped at least $900,000 into saving the blog.

He also, laughably, once talked about running for governor, put up $1 million to rename the Las Vegas International Airport after Harry Reid, and promised to bankroll a recall campaign against Las Vegas Mayor Carolyn Goodman last year – an effort that failed miserably.

“She’s buying all this lingerie. I’m like Okay, I think it’s for me. … Sexy pictures, as long as they’re for me, I’m cool with it.” – Stephen Cloobeck on ex-squeeze Stephanie Gurzanski