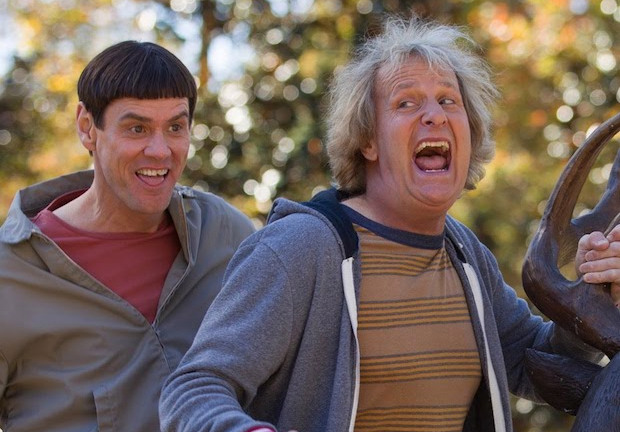 Just in case you need a little comic relief to distract you from the Biden disaster in Afghanistan, here’s an update on the clown show over at the Clark County Republican Party…

A group of Central committee members, following the rules, then called the meeting back to order on July 28, where Jesse Law and his slate were elected as the organization’s new officers.  The Nevada Republican Party recognized the new officers as the official leadership team a couple days later.

Then two of the clown-town officers of the ousted regime – misled by “acting” officers Steve Silberkraus and Ed Gonzalez – tried to call for a separate meeting and separate elections that were supposed to be held last night.  They also filed a lawsuit against Law seeking to block him from taking the job he was elected to do.

Last Friday at 5:16 pm – just before the start of Law’s wildly successful meet-and-greet fundraiser at the Italian-American Club – a district court judge issued a temporary restraining order barring Law’s leadership team from declaring themselves elected until a full hearing could be held three days later.

At 11:03 pm, “Dumb & Dumber” started doing the Snoopy Dance together and sent out an email crowing about their apparent victory.  It included the following…

“Today, District Court Judge Jessica Petersen ruled that these people are NOT the legitimate Board of the CCRCC and all members of this rogue group shall immediately cease identifying themselves and one another as elected Board Members of the CCRCC.

“After a careful review of evidence presented by CCRCC attorneys, Judge Petersen issued an order that stated, ‘The Court … finds that the Plaintiff enjoys a reasonable likelihood of success on the merits because Plaintiff has shown sufficient evidence to support their causes of action as outlined above.’  This means that the Court via Her Honor’s order believes we will prevail in the upcoming hearing on Monday, August 16th. …

“This initial step in the vindication of our Board, processes, and our governing documents followed by the hearing on Monday will likely bring clarification and then an end to this ugly politically motivated chapter…”

Apparently Dumb & Dumber never heard the old saying about not counting your chickens before they’re hatched.  Read on…

Although the Nevada GOP had publicly recognized Law’s election previously, it issued the following unambiguous declaration the next day…

“The Nevada Republican Party has reviewed the events and processes relative to the July 20-28th General Membership Meeting of the Clark County Republican Central Committee at Spring Valley High School, which was recessed and then properly reconvened at the Ahern Hotel. Having reviewed the standing rules, bylaws and Nevada state law and in consultation with parliamentary professionals, the Nevada Republican party hereby certifies the election conducted on July 28, 2021 and affirms the following as the leadership of the Clark County Republican Central Committee:

That was on Saturday.  On Monday morning, Chairman Law was in court to present his side of the story…and you ain’t gonna believe what happened next…

Turns out the “Finding of Facts” parts Dumb & Dumber were crowing about – including the part about the likelihood of them winning the case – were never supposed to be part of her decision!

Here’s what Judge Peterson wrote at 11:09 am, immediately after the morning hearing…

“On August 13, 2021, this Court entered an Order. The Order prepared by the Plaintiff had numerous Findings of Fact that the Court attempted to strike, but for whatever reason, were not stricken. The Court’s only intention and holding was contained at the end of the Order, which the Court interlineated and stated as follows:

“’As the fundraiser is being held on behalf of the Plaintiff [The Clark County Central Republican Committee] Court does not find that there would be irreparable harm to Plaintiff as an organization in holding the fundraiser, but enjoins the individuals who claim that they are the newly elected Board from stating as much to any individual until such time as the parties can be heard by the Court. Any and all funds collected at the fundraiser shall be accounted for and held separately. The regularly scheduled meeting of August 17th shall be stayed until such time as both parties can be heard by the Court.’

“To the extent that any of the other Findings were not stricken, they are hereby stricken.”

In other words, Dumb & Dumber had written the order they wanted the judge to hand down – including the part about the likelihood of them winning the case – but their version had been rejected by the judge yet somehow ended up in the order anyway.

Well, those parts are gone now!  Stricken for all eternity.

In addition, Chairman Law requested that the case be transferred over to “Business Court” – where a separate judge has previously ruled that the court has no jurisdiction over internal intra-party feuds.  Judge Petersen granted the request.

In the blockbuster movie “Gladiator,” Quintus said to Maximus before the start of a big battle:

“People should know when they’re conquered.”

At 1:49 pm, they sent out another email that included this gem…

These goofs are even dumber than I thought.

What part of Judge Petersen’s Monday order that Dumb & Dumber’s “Finding of Facts” were never supposed to be part of her original order and have since been “stricken” don’t they understand?

The sooner these bozos on the bus realize they’ve been conquered and go away, the better.