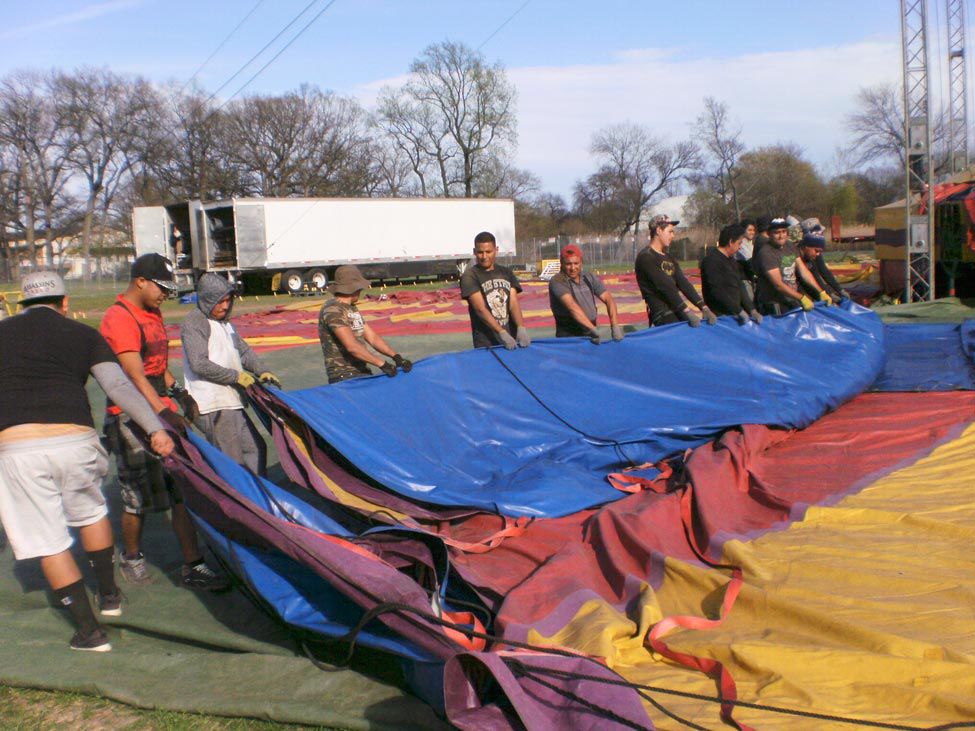 Ex-Chairman David Sajdak – ringmaster of last week’s circus act – was not in the building.  Nor any of his other officers.

The meeting was held at the Ahern Hotel.  It started on time at 7:00 pm.

The meeting was open to the public and no one had to wait outside in the heat.  Folks started coming in around 5:00 pm – and the bar was open!

So was the restaurant, Trattoria (great food!).  My friend and longtime GOP activist Bill Laub and I had dinner together before the meeting started, as did a number of others.

Members sat in a roped-off area at the front of the room.  Non-members sat behind them.

Check-in and registration were efficient, orderly and quick.

Over 400 people showed up.  Alas, State Sen. Carrie Buck – one of the four candidates for chair – wasn’t one of them.  She boycotted the meeting

No fights broke out.  No chairs thrown.  No blood spilled.  No need for security.  No cops called.

She advised that this was a continuation of the July 20 meeting that Sajdak had “recessed.”  Therefore, this was NOT a new meeting that required more advanced notice.

Bill Carns – current chairman of the Nye County Republican Party, who didn’t have a dog in the Clark GOP fight – drove over from Pahrump and was elected “chairman pro tem” to oversee the meeting.

And he did a bang-up job.  Meeting was run smooth as glass.

All of the candidates for each of the offices being voted on were allowed an opportunity to speak.  They did so without interruption, catcalls, heckling or demonstrations.

While the ballots were being counted, CCRCC members wrapped up other business matters that had been left unfinished after the July 20 meeting was recessed.

I think the ballot-counting took just over 30 minutes.

And when the dust settled and smoke cleared, Jesse Law was elected as the new Chairman of the Clark County Republican Party.

Dissidents from the Sour Grapes wing of the party will now try to contest the results and will likely file some lawsuit attempting to declare last night’s highly-productive meeting and Law’s election null and void.

But they’ll lose.  The meeting was done by the book.

They’re also planning to hold their own rogue meeting on August 17.  But that dog won’t hunt either.

The state and national GOP organizations won’t recognize anything they do.

Anything else from here on out will just be a waste of time.

Stick a fork in it; it’s done.

P.S.  I have a 51-second video of Sajdak and allies trying to get into the Ahern Hotel before last night’s meeting, including a somber exchange between Jesse Law and Nevada GOP Chairman Mike McDonald.  Click here