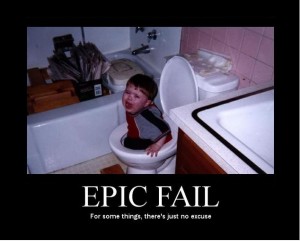 There is only one election taking place in all of Nevada this month. One. And Clark County Republicans forfeited. Read and weep…

Thanks to a successful signature-gathering recall effort against Democrat Las Vegas City Councilman Steve Ross – a former union boss – there will be a special election conducted in the Ward 6 district on January 31. Now here’s the thing about a recall:

In addition to it being an up-or-down vote on the incumbent, IF someone gathers and submits a sufficient number of signatures – just over 1,000 in this case – their name would also appear on the ballot in a simultaneous special election to replace Ross should he be successfully recalled.

A fellow Democrat and longtime political apparatchik, Byron Goynes, did just that. So his name will be on the recall ballot. And this same opportunity was available to Republicans – who apparently missed a memo and didn’t even know about the race until I wrote about last week.

Anyway, on Saturday, a couple of GOP activists got together with Republican Suzette LaGrange-Miranda to discuss the possibility of her throwing her hat into the recall ring.

Suzette is a native Las Vegan and successful businesswoman who has been active on many local government issues over the years. She is, in short, highly credible. And because she’d be the only Republican in an election with two Democrats – in a district with an almost even split between D’s and R’s – she would absolutely be viable.

Indeed, this was a golden opportunity for the GOP to “steal” a seat in local government – which currently has one sole Republican in office: Las Vegas City Councilman Stavros Anthony.

All the GOP had to do was gather just over 1,000 signature to qualify LaGrange-Miranda for the ballot. And they had three full days to do so. Indeed, 40 volunteers a day getting just 10 signatures a day (which would have taken no more than 2-3 hours max) would have been more than enough to get the job done.

To that end, on Sunday afternoon the Clark County Republican Party sent out an “Action Alert!” to its 10,000+ email list asking for volunteers to walk and gather signatures to qualify LaGrange-Miranda for the special election ballot. Indeed, a strong volunteer turnout would have been sufficient to gather the necessary signature in one day, let alone three.

Despite the herculean efforts of the small band of activists who DID rise to the challenge, the effort came up a couple hundred signatures short of the total needed by the 5 pm deadline yesterday afternoon. And once again, Republicans refused to blow an opportunity to blow an opportunity.