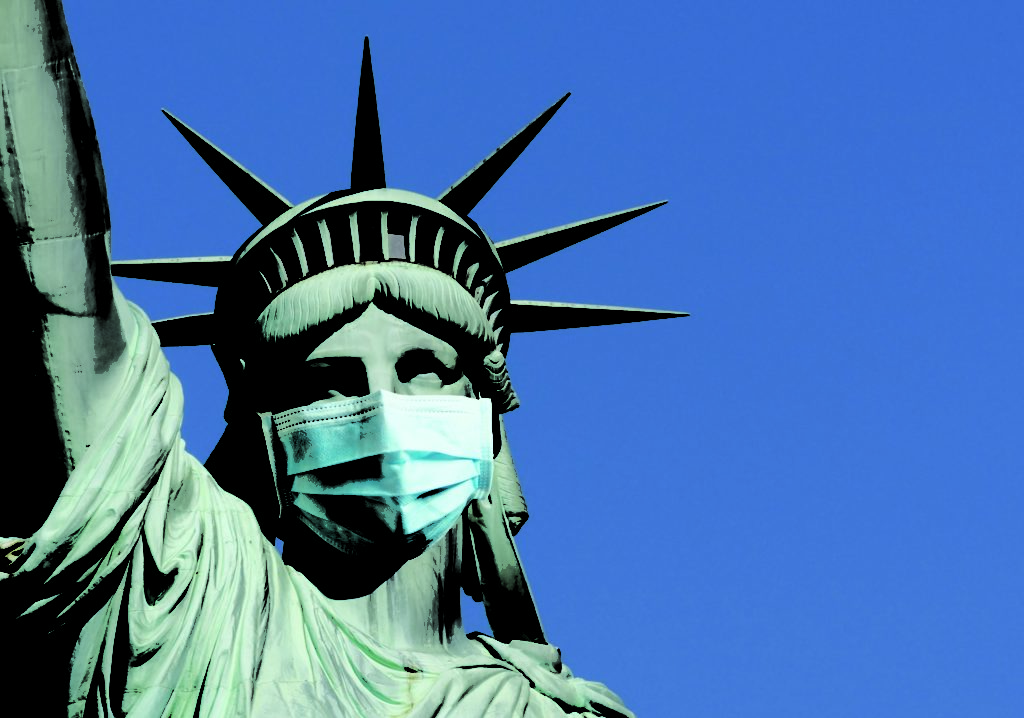 In light of government-imposed lockdowns being implemented in Nevada and across the country to combat the China Virus, here are some thoughts and observations you won’t see or hear on CNN, Ralston Reports, and other “fake news” outlets…

•  “We absolutely must, must, resist government run amok taking advantage of a crisis.  This is how your liberty dies. Stand up America and resist.” – Sen. Rand Paul

•  “Governments love crises because when the people are fearful they are more willing to give up freedoms for promises that the government will take care of them. … State and local authoritarians love panic as well. … We have seen this movie before. Government over-hypes a threat as an excuse to grab more of our freedoms. When the ‘threat’ is over, however, they never give us our freedoms back.” – Dr. Ron Paul

•  “In our current hours of Covid-19 despair, we must fight both the virus and the panic that the disease instills, given that the two can be equally deadly.” – Victor Davis Hansen

•  “Doomsday panic gets hits, regardless of accuracy. Media is fueling panic, facts be damned. Projections have been proven false but they don’t care about data.” – Jordan Schachtel

•  “The data collected so far on how many people are infected and how the epidemic is evolving are utterly unreliable. … A population-wide case fatality rate of 0.05% is lower than seasonal influenza. If that is the true rate, locking down the world with potentially tremendous social and financial consequences may be totally irrational. It’s like an elephant being attacked by a house cat. Frustrated and trying to avoid the cat, the elephant accidentally jumps off a cliff and dies.” – John P.A. Ioannidis, professor of medicine and biomedical data science at Stanford University

•  “The irony here is that even though self-help measures like avoiding crowded spaces make abundant sense, the massive public controls do not. In light of the available raw data, public officials have gone overboard.” – Richard Epstein of the Hoover Institute

•  “This is a dangerous time and not just because of the threat of a treatable disease. Americans are willingly surrendering to government their freedom, their livelihood, their long-term economic security, and their mental well-being over unjustified panic about a virus that might have already spread and now is abating.” – Columnist Julie Kelly

•  “No society can safeguard public health for long at the cost of its overall economic health. Even America’s resources to fight a viral plague aren’t limitless – and they will become more limited by the day as individuals lose jobs, businesses close, and American prosperity gives way to poverty.” – Wall Street Journal editorial

•  “The American economy is closing down rapidly from both voluntary and mandatory business closings. It is not just restaurants, but also manufacturing, construction, recreation, travel, and many other industries that are shuttering operations.  If this continues, there will be a massive plunge in incomes, and tens of millions of people will not be able to meet basic expenses such as rent and food.” – Chris Edwards, Cato Institute

•  “I’ve already gotten several text and emails from some of our members saying he’s (Gov. Sisolak) killing our industry he is throwing Nevada into a recession and immediately unemploying thousands of Nevadans.” – Randi Thompson, National Federation of Independent Business

•  “Just because a business is closed does not mean it no longer has bills or fixed costs to pay. Some businesses that were already struggling prior to the shutdown might just keep their doors closed for good. A business reopening also does not guarantee that the same jobs will be back a month later, or that the same employees will be available to come back.” – Jason Hidalgo, Reno Gazette-Journal

•  “Small businesses across the valley have been shut down and many will stay shuttered long after this crisis is resolved because they just can’t afford to hang on. … And that means that when this virus runs its course and people start to come out of their homes and places of social isolation and return to work, it is far from certain that they will have their jobs and their businesses when it is time to return.” – Brian Greenspun, publisher, Las Vegas Sun

•  “It’s worth bearing in mind that, to employees and owners who depend on that business for a living, every business is essential.” – Las Vegas Review-Journal columnist Steve Sebelius

•  “I think it’s too much to expect everyone to stay home just in case they are infected – especially asymptomatic people living paycheck to paycheck or struggling to keep small businesses afloat.” – Las Vegas Review-Journal columnist Debra Saunders

•  “(T)here is apparently a new competition afoot in this coronavirus-cursed country: Politicians vying to see who can impose the most freedom-infringing clampdown in the name of flattening the curve.” – Matt Welsh, Reason Magazine

•  “We are clearly in a major crisis requiring significant action, but terrifying already scared people with inaccurate and politically-motivated predictions is both morally wrong and counter-productive. The truth should not be yet another casualty of this pandemic, especially when the result is a dangerous precedent with regard to restricting our very way of life.” – Mediaite columnist John Ziegler

•  “Beware public health officials who advise burning the village in order to get rid of the pestilence.  And beware those who pronounce that we should save lives ‘at any cost.’  That’s a dangerous falsehood, one that leads to barbarism and slavery.” – Columnist R.R. Reno

•  “Will the Constitution survive the coronavirus?” – Talk-show host Rich Zeoli